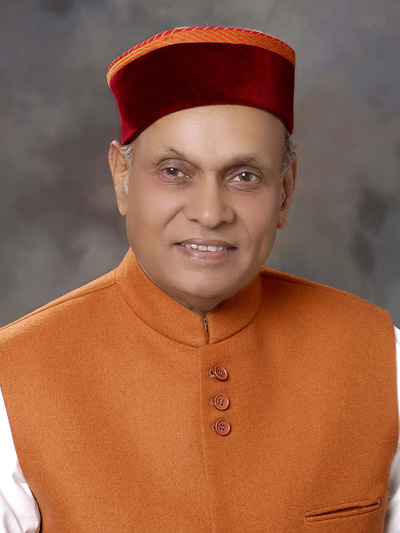 Shimla: A high level meeting under the chairmanship of Prof. Prem Kumar Dhumal was held here today to look over the menace created by the monkeys and wild life in the state. He said the State Government would be initiating steps on war footing to tackle this problem and save the farmland from converting into wasteland besides crops being cultivated by the farmers in other areas.

He said that the action was taken after receieving many complaints from the farmers and the state government would be initiating various steps, including lazer sterilization of the monkeys on war footing. He further said that the affected districts would be identified and local youth will be involved in the process, who will be provided training in capturing and sterilization by the experts to assist them in execution of the project. He said that all such trained unemployed youth will be eligible to get remunerations and engaged as contractors to achieve the objective. He said that the project would benefit the farmers and the unemployed youth both besides the objective of saving the precious farmland of the people.

He also said that funds would not be any constraint in execution of the project and possibilities to be explored to procure the Government of India funds under similar projects to give boost to the programme in the state. Efforts would also be made to expand the capacity of the existing zoos to accommodate caught wild animals so that their population in the natural habitat was controlled.

He directed the Wild Life Department and Forest Department to draw a plan to create natural habitat to the wild life by planting the species of natural feed trees which could meet the natural food requirements of the flora and fauna existing in the state.

Further he emphasized upon the requirement of massive plantation in the state to increase the forest cover as well as provide natural habitat to the wild animals moreover, measure will be taken to engage local unemployed youth in creation of natural habitat in order to give an opportunity to be employed or self-employed persons. He said that an effort would be made to create all such facilities atleast at one place in every district.

Dhumal directed the authorities to implement the programme as soon as possible and asserted that quarterly reports will be required to be submitted to the government by every executing agency and if needed intermittent reports would also be called for in selected cases.

He also insisted upon the need of enumerating the stray animal and tagging them to ascertain their identity and would try in associating NGOs and unemployed youth with the programme of constructing more gau-sadans at the places with high concentration of the stray animals. He further appealed to the people not to let their domestic animals be astray and help the state in achieving its objective in the society.