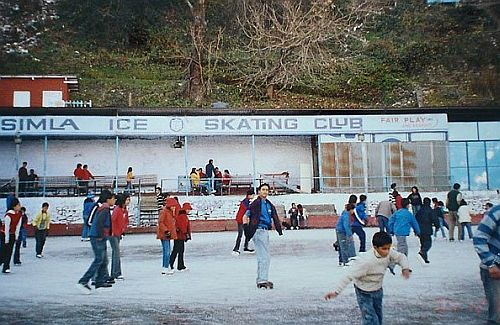 Perhaps, lack of ice-skating rinks in the country has failed to popularize the fascinating sport, the Ice Skating Association of India (ISAI) is roping in top international coaches to conduct a coaching camp so as to prepare competitors for the national ice-skating championship that is scheduled to held in the first week 2008 at Shimla.

RK Gupta, president ISAI said that the national championship in ice-skating would be a three day affair from 5th to 7th January. Participants from Maharashtra, Karnataka, Andhra Pradesh, Tamil Naidu, Delhi, Pondicherry and non-resident Indians form Muscat, Oman and USA are expected for the meet. The competition would be conducted in two disciplines, figure skating and short track speed skating, he said.

Prior to holding the competition the association intends to hold an coaching camp that would be conducted by top coaches of the world, who are being deputed for the job by the Switzerland based International Skating Union (ISU), said Gupta.

Yves Nadeau, one of the world’s best ice-skating coaches along with Istvan Darazs would conduct the coaching camp from 23rd December to 3rd January at Shimla. Though the coaching camp is for Indian nationals, but sport enthusiasts from Kazakhstan are expected to participate, he added.
He said that at the persuasion of the association, summer ice-skating has been included as part of conducting the national games in the country. For conducting the sport a rink which costs about Rs 25 crore would have to be constructed and would help to promote the sport, he added.

The national championship would be held at the countryâ€™s oldest Ice Skating Club, said Bhavnesh Banga, secretary Shimla Ice Skating Club. Besides Shimla there are only four other ice-skating rinks in the country, of which two are in Leh and one each in Kargil and Gulmarg. However, they are all outdoor rinks as the country so far does not have any regularly functioning indoor rink, said Banga.