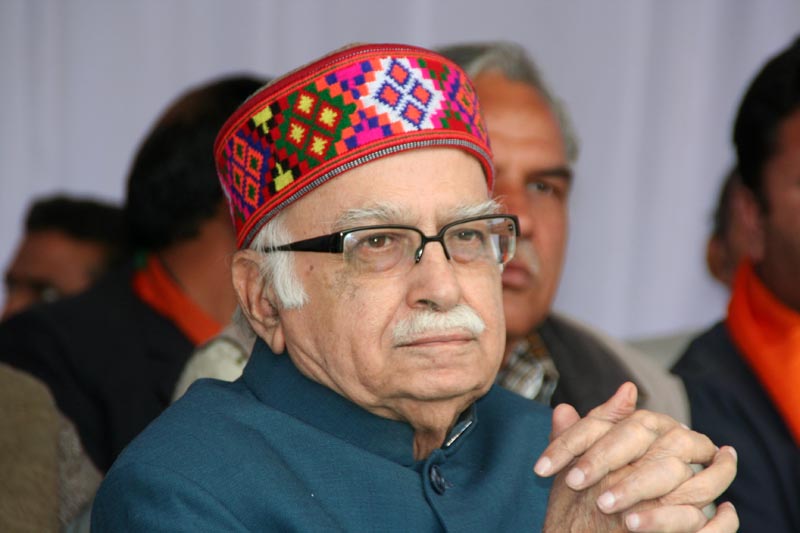 Speaking at election rallyâ€™s in Mandi and Santokhgarh in Una, Advani said the BJP was against the deal because in lieu of getting nuclear rule from America, the government was giving an assurance of ”not repeating a Pokharan type test”.

‘As we have two neighbours with nuclear capabilities, India needs to have more powers to counter these nations for we have already fought a number of wars”, he said.

Advani said while the neighbouring nations retain the right to conduct nuclear tests at any given time without seeking any permissions from anyone in the world, India’s position would be compromised.

He said that the UPA government at the Centre was very unstable with the Communist parties time and again threatening of withdrawing their support, he said.

”Prime Minister Manmohan Singh is only a puppet and strings are being drawn by others,â€ he said.

The BJP leader said during the tenure of the NDA prices of essential commodities were controlled with special emphasis being laid on providing clean drinking water and improving infrastructure in communication sectors.

The UPA government has failed miserably to check corruption, he said and added that terrorist activities too had increased.

He said Himachal Pradesh had seen two good chief ministers in Shanta Kumar and Prem Kumar Dhumal. ”Together, both of them have assured the people of the state of providing a clean and transparent administration besides ushering development at the grass roots
level.”

At Mandi, Advani lamented about the slow pace of development in the country since it became independent.

”While a few other countries that had become independent about the same time are in the developed countries league, India has lagged behind due to the ”ineptitude continuous rule” of the Congress,” he said.

He accused Congress of dividing the people on the religious lines by adopting a policy of appeasement of minorities. The party continues to follow policies of divide and rule, said Advani.