HAMIRPUR: About 67.84% percent of the 3, 54,233 voters today exercised their right of franchise to elect five MLA’s from Hamirpur district for which polling was held today. Polling that started on brisk note in the morning hours continued in the same manner till the ending of poll at 5.00 P.M. 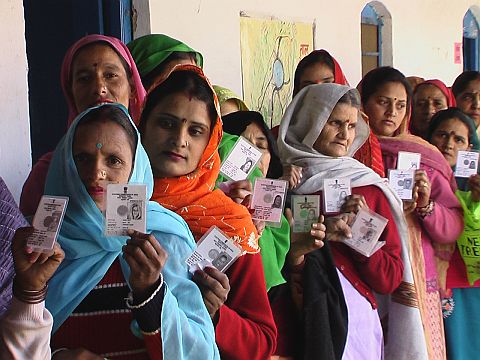 The major rush of women voters was seen at the booths of Bamsan assembly segment from where Prem Kumar Dhumal, the chief ministerial candidate of the BJP for Himachal Pradesh is in the fray. Dhumal cast his vote in the morning hours at the Samirpur polling station along with his wife, Sheela Dhumal and elder son, Anurag Dhumal

Hamirpur Deputy Commissioner, Ms. Nandita Gupta claimed that the polling was by and large peaceful and no untoward incident was reported from any part of the district. She claimed that the turnout of the voters was impressive. 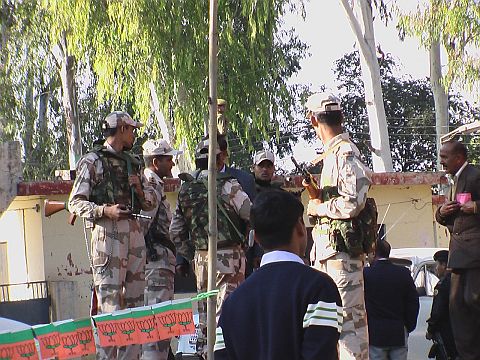 Meanwhile, while talking to reporters outside the Samirpur polling station after casting his vote, BJP’s chief ministerial candidate Prem Kumar Dhumal expressed confidence that the BJP was heading for a landslide victory in the Himachal Pradesh Assembly elections as people were with the party. People wanted to oust Congress from the power and that was why they were casting their votes in large number.

He claimed that the party would sweep the elections and win over 45 assembly seats due to the blessings of the people who were for a change of guard in the state.

Dhumal said the state would witness over 75 per cent polling in the state and from the response of the electorate; it seemed that the BJP was heading for a landslide victory.

Referring to a news report in a section of the newspapers that the state government was considering a proposal to approach the Supreme Court for postponing of the counting of votes to another date to avoid clash of two assemblies in case BJP returns to power, Dhumal said it would be of no use.

He said that once election results were announced, the present Chief Minister, Virbhadra Singh would not be allowed to stay in power for a day.

Barring a few minor incident, the polling went peacefully, according to an official spokesman.