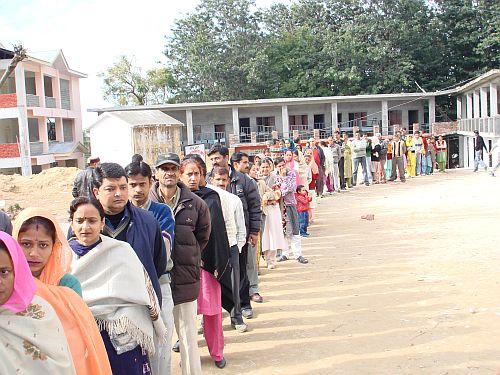 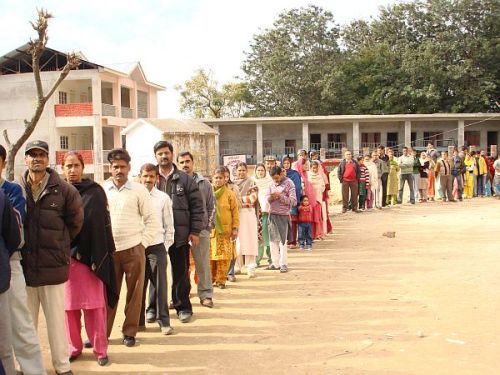 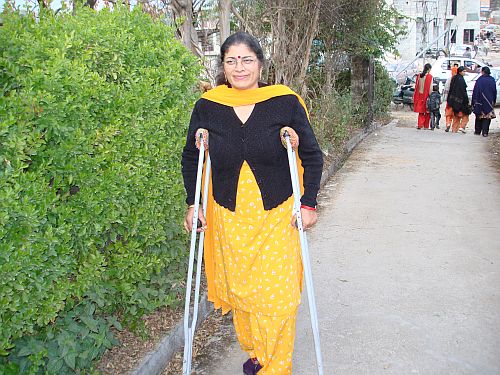 1. The women voters were seen in large number in rural areas of the Palampur, This photograph was taken at Tikka Nihang.

2. Long queues of voters were seen in all the polling stations in Palampur. Voters started reaching in the polling booth in early morning and long queues continued till evening. Polling percentage touched 70 to 8o percent in many polling booths.

3. A lady in cretches came to one of the polling stations at Plampur excecise her franchise.