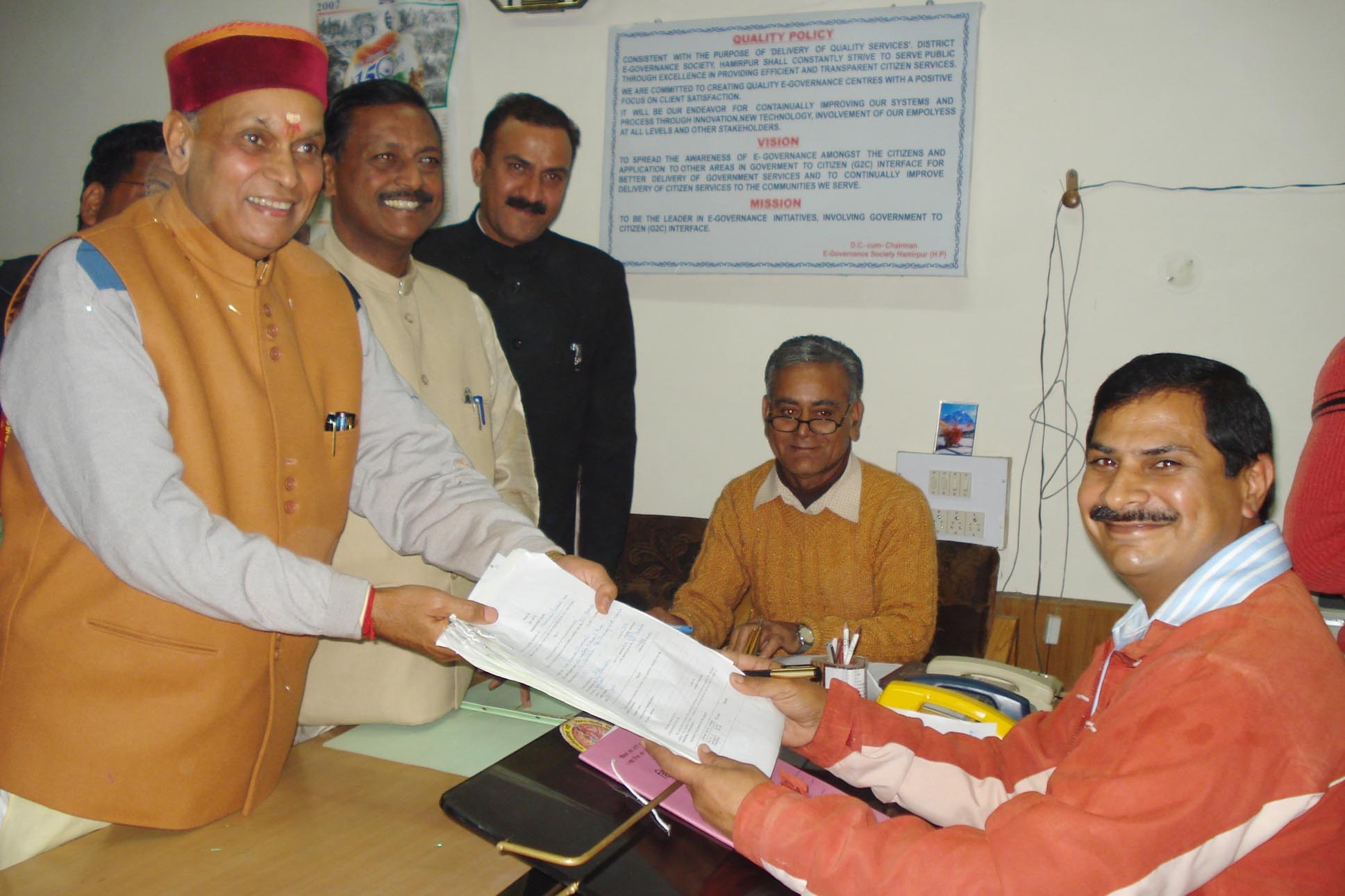 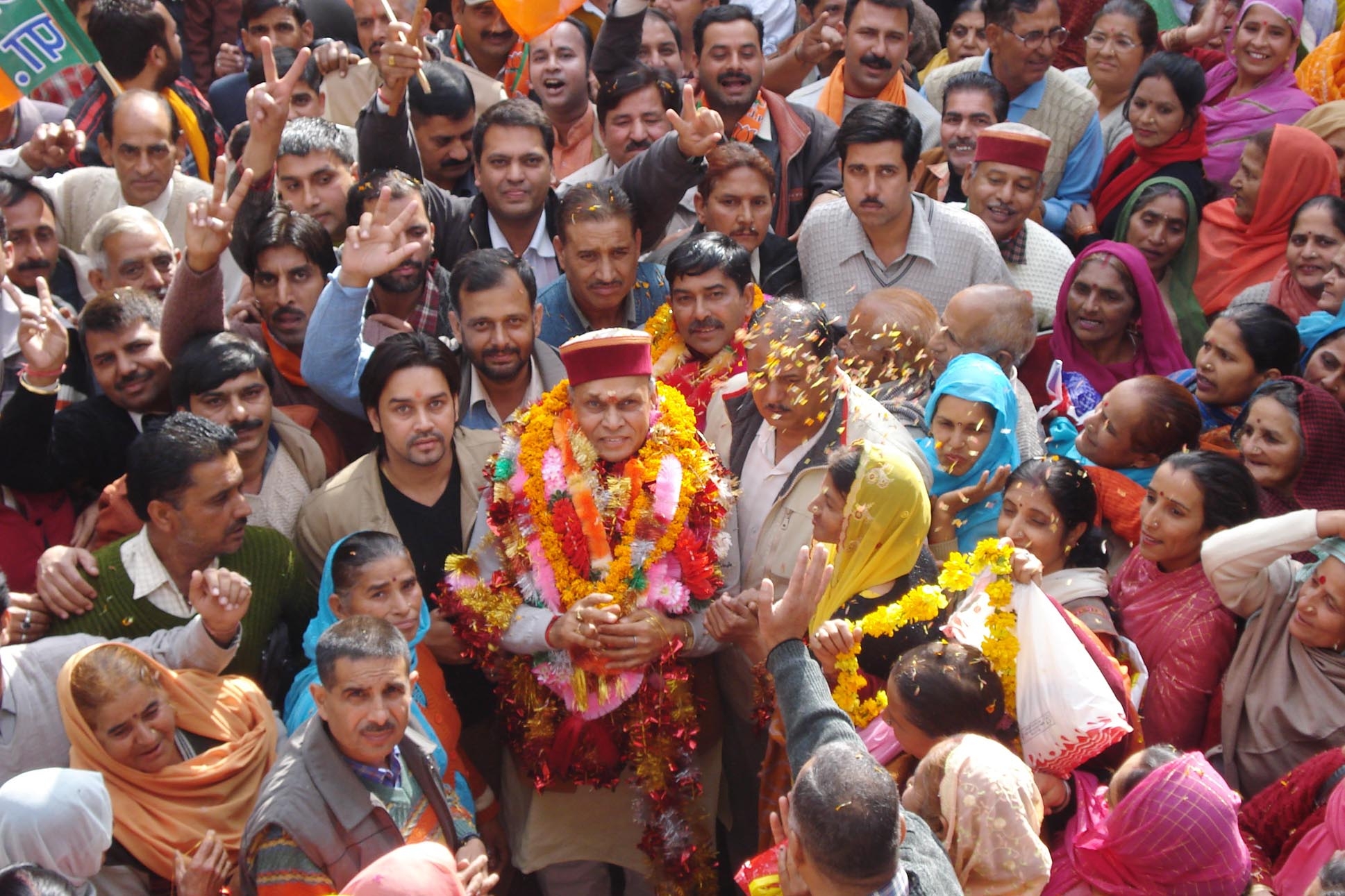 Earlier, thousands of men and women attired in colorful dresses and carrying BJP flags and banners brought Prof. Dhumal from his Samirpur village residence to Hamirpur in an open jeep. They were raising slogans in favor of Dhumal and the BJP. In Hamirpur town, people greeted Dhumal with garlands and showered flower petals on him. He also thanked the people for their gesture they showed today.

Dhumal expressed optimism about party’s formation its government in the state with the support of people, who were fed up with the Congress for its anti people’s stance.

Addressing reporters, Dhumal hit out at the chief minister, Vir Bhadra Singh for making certain comments against him. He told the chief minister that he (Singh) was no one to comment regarding his appointment as party leader during the elections. He said that Congress had no faith in Singh even being the sitting chief minister to project him as the leader of the party for the coming elections. This, he said, showed that the Congress had lost faith in him (Singh) and that was why no one was projected by the Congress to lead the state during elections.

He said that a recent statement of the chief minister regarding his appointment as the leader of BJP for the state elections was a major shock to Mr. Singh and that was why he made a statement that with arrival of Dhumal on scene, the work of Congress has become easier. He told the chief minister to wait till the declaration of results to know who was right and who was wrong.

The BJP leader said that the party would contest the elections on principles and would not indulge in mud slinging operations and would accept the same thing from rivals.