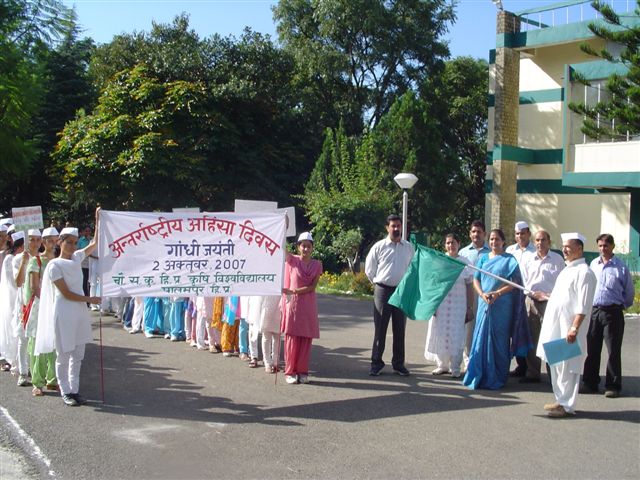 Former union minister of state for agriculture, Som Pal has advocated declaring Himachal Pradesh as organic state as far as agriculture produce was concerned. He said this while addressing a galaxy of scientists, experts on organic agriculture, policy makers, planners, progressive farmers and students after inaugurating an International seminar on markets for and marketing of organic products, in Palampur today.

He advised that the entry of all chemical inputs meant for agriculture should be banned in this hill state as chemically produced food was causing irreparable loss to the human and soil health and damaging fragile eco-system.

Dr.Tej Partap, Vice-chancellor, CSK Himachal Pradesh Agricultural University , spoke on the strategies for the development of Indian organic market. He said that it was high time that this farming was taken up on a larger scale as there were around seven thousand farmers associated with organic agriculture in the state. He declared that his university would establish an institute on organic agriculture. Dr.Partap wanted his scientists, staff and students to understand the benefits, concepts and intricacies of organic agriculture and start working on this aspect to popularize it among masses.