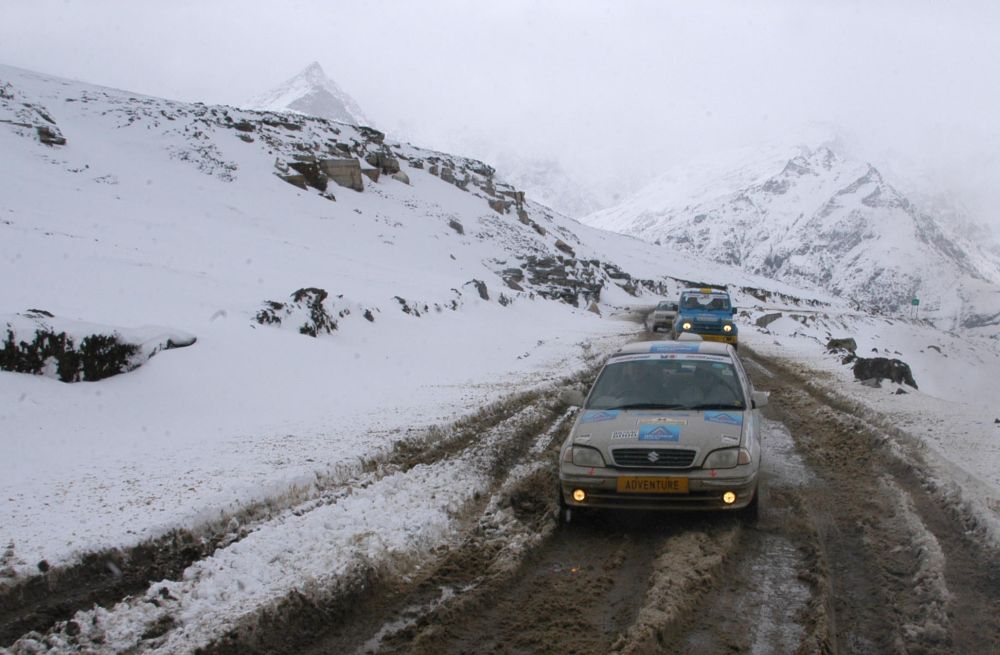 Anil Bhardwaj, spokesman for the Raid said that all the participants had safely returned form the army camp at Patseo army camp as over five feet of snow on the Baralacha Pass forced the organizer to abandon the planned route course for the high altitude cross country motor rally. Keeping in mind the safety of the competitors as it was snowing till about 1 p.m and it was not possible to clear up the road for the rally to go ahead, a decision was taken to call off the fourth leg of the race”, said Bhardwaj.

The rally, which was being sponsored by HP tourism along with Jammu and Kashmir Tourism, had entered its fourth day today and was scheduled to reach Srinagar on Sunday. ”The rallyists will stay at Keylong tonight before moving forward towards Manali tomorrow,” said Bhardwaj.

Now the result will be declared on the basis of three legs of the event which had been completed. The organizers of the rally are now planning to hold the prize distribution ceremony at Manali.