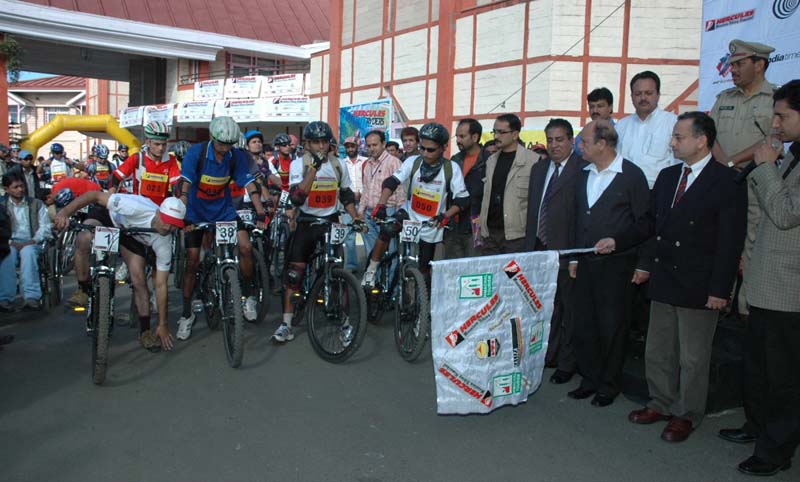 Shimla: Twenty-four cyclists from 10 countries set out with 20 Indians to compete in the cross country 9 day Hercules MTB Himachal adventure cycling race, which was flagged off here today. 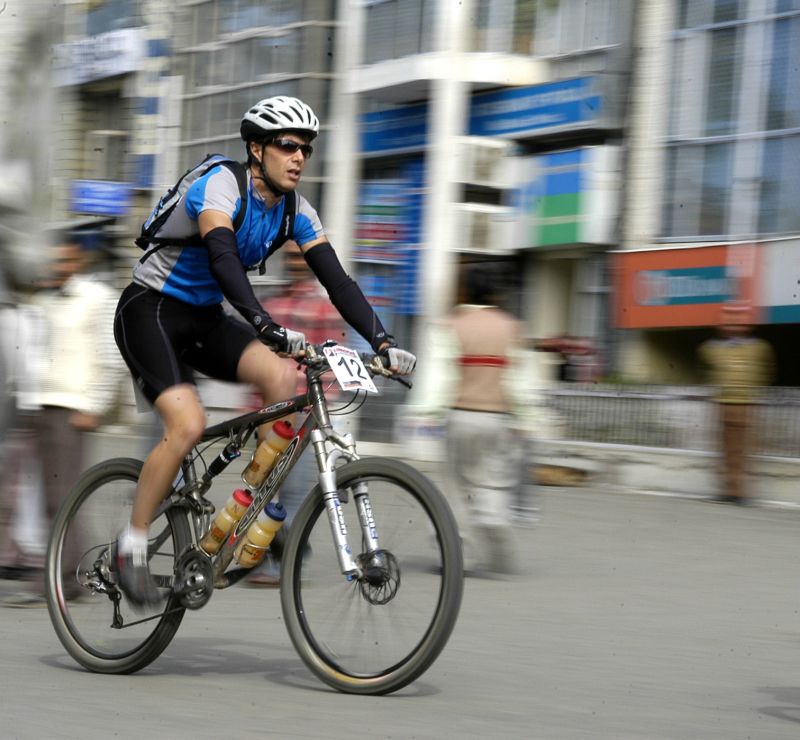 The rally is tougher and longer this time and will pass through higher ranges, he said. The cyclists are to pass through a varied course ranging from simple footpaths, mule trails and dirt tracks to fast-paced gravel roads. They will encounter winding steep down-hills and grueling up-hills, he added.

During the event they will gain an elevation of 14,000 mts in 9 days and the highest point on the course will be the Jalori pass at 3223 meters. On the way to Manali the cyclists would pass through of Mashobra, Narkanda, Sungri, Sarhan, Rampur, Jalori Pass, Bajaura, Naggar and Jagathsukh in Kullu valley. The participants on an average will cover a daily distance of 80 kms, he said.

The largest contingent of is form the Indian Army and taking on the men. The rally is expected to cover 650 kilometers and after winding its way up and down the Himalayan ranges will culminate on October 14 at Manali.