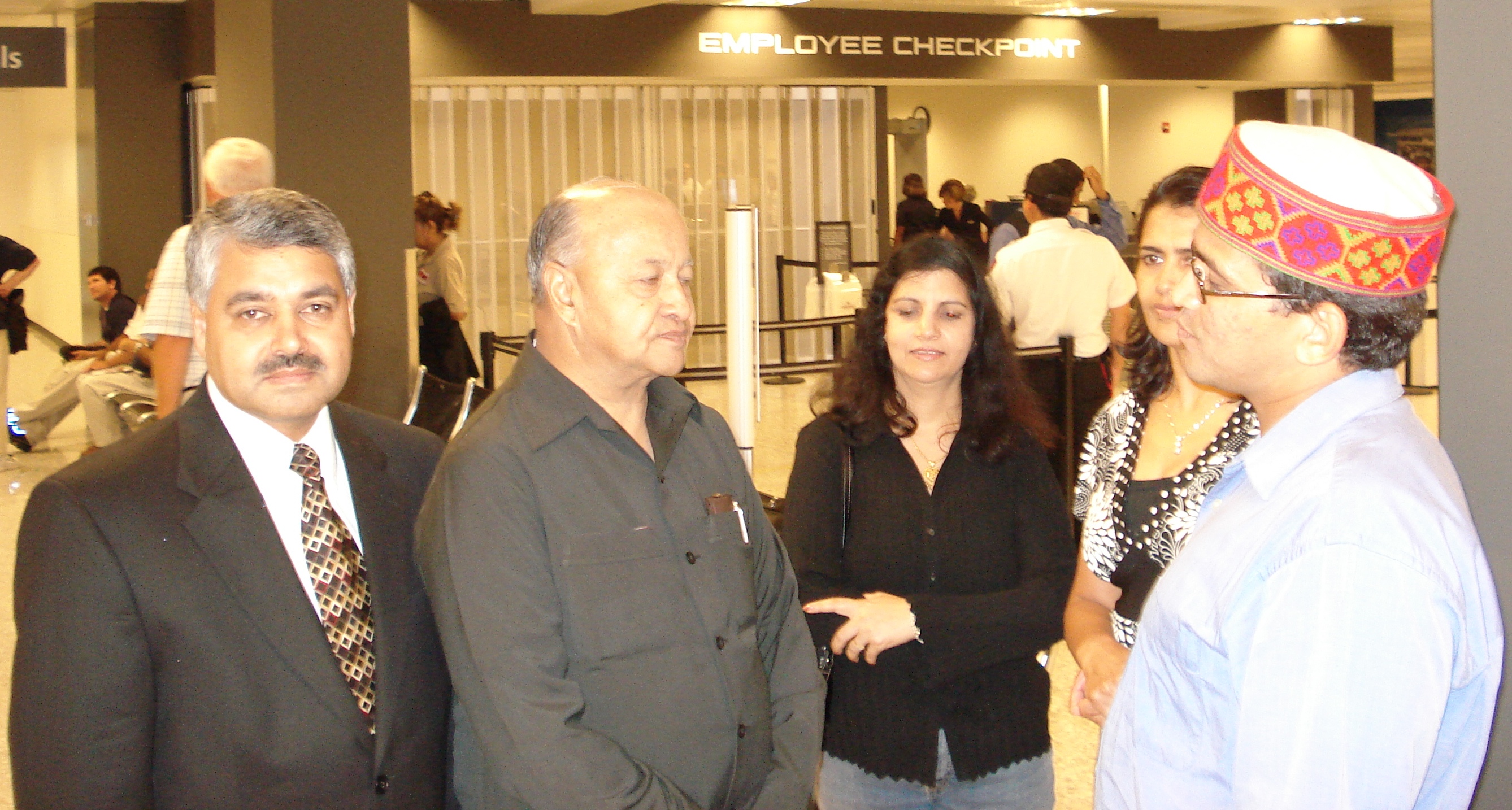 Washington DC: Mr. Virbhadra Singh Chief Minister of Himachal Pradesh today met people of Himachal Pradesh who have come to meet and greet him from different parts of USA. Despite a very tiring journey due to flight delays Mr. Singh took time to see and talk with Himachal NRIs at the Washington Dulles airport soon after his arrival from India. Dressed in traditional colorful dresses, people hailing from different parts of Himachal Pradesh have travelled great distance all across US to see and greet their beloved leader at the airport. Some of them stayed overnight at the airport to meet him due to flight delays.

Mr. Virbhadra Singh listened to the demands of Himachal NRIs back home and has a free conversation and received their feed-back on the developmental issues of Himachal Pradesh.

Dr. Bhugol Chandel who hails from Bilaspur and had travelled from St. Louis, Missouri a journey of about 15 hours requested CM to expedite the construction of Talwar-Beri Darolan motor bridge over the Gobind Sagar. Dr. Chandel thanked government of Virbhadra Singh for clearing the project & laying the foundation stone of the bridge. Dr. Chandel also requested CM to ask Center Government to expedite construction work of Bilaspur- Bhanupalli railway line. A demand to complete and mettle Behna Jattan-Beri Darolan bus road was also made at this meeting. Dr. Chandel also asked CM to make quality health care accessible to common people of the state who for want of money could hardly afford todayâ€™s modern health care. Dr. Chandel applauds the efforts of Himachal Government in securing Central University and IIT for Himachal Pradesh which are going to be very instrumental in making Himachal an educational hub. 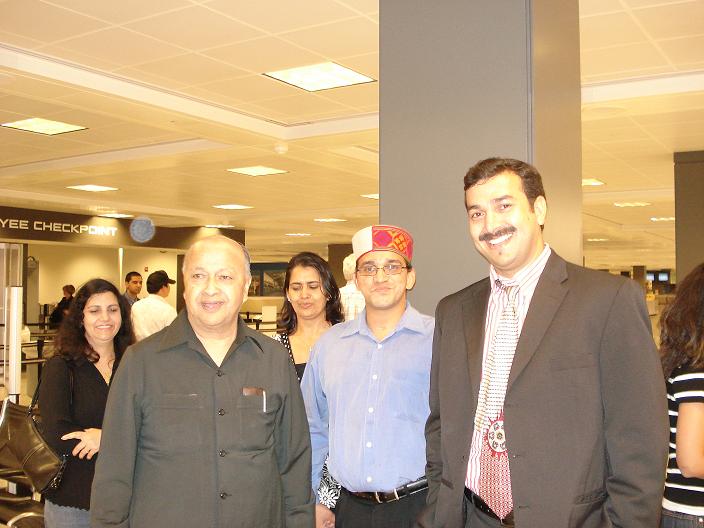 Mr. Avnish Katoch from Baijnath who has come from Harrisburg, Pennsylvania wanted Himachal Government to be very careful in preserving the environment in Himachal Pradesh keeping in mind the fragile ecology of the state and future industrial growth in Himachal Pradesh. He appreciated the fact that wooing present industrial investment in the state is creating a great job opportunities for the people of state. Mr. Katoch asked CM to expedite setting up of IT Park in the state in order to boost IT growth in the state.

Mr. Khushi Ram, from Panchrukhi area in Kangra asked CM to sanction funds to complete the construction of bridge over Machayal Khad on Biara-Butan road near Chattar. The present bridge and road was completed under the Prime Minister’s Yojana. Every Monsoon season this bridge washes away because of poor construction which causes a lot of inconvenience to the residence of Biara, Khothi and several other neighboring villages.

Mrs. Pawan and Manju Kalotra asked CM to open working women hostels in big towns of Himachal Paradesh to have affordable housing for working women. They appreciated efforts of Government in opening educational institutions in remote areas of Himachal Pradesh. According to them it is benefiting girls from these areas a big time. These girls do not have to leave their house to complete higher education. In the absence of these education centers number of our generations in the past were deprived of higher education for women,â€ remarked Mrs. Pawan and Manju Kalotra.

Mr. Yogesh from Palampur and a resident of Washington who served in US army appreciated recent announcement of Himachal Government enhancing benefit package to ex-servicemen of the state. â€œThe society in large owe a great to these people serving in the armed forces,â€ remarked Mr. Yogesh. â€œPeople from Himachal have served well in the armed forces and sacrificed a lot for the sake of country and deserve the best treatment,â€ he added further.

Mr. Virbhadra Singh appreciated the time and efforts of people to come and talk with him. He assured people to look in to their demands and asked the concerning officials to report to him about the need of funds and progress of these projects. Mr. Singh also congratulated Himachal NRIS for their struggle and successes in USA and asked them to keep Himachal and its people always in mind. Mr. Singh asked gathered delegates to preserve and cultivate rich Himachali culture in the future generations of Himachalis in the USA. He described Himachali abroad as representative and link of Himachal with the outside world. Chief Minister encouraged people to speak to Government about their mind and demands. CM also apprised them about the modern ways using cyber space and internet technology to find information about Himachal Pradesh and to contact with Himachal government using internet. With a emotional tone with a request from Himachal NRIs to visit them more frequently, CM promised to make his next trip soon. Himachali delegates offered good luck to the visiting team with their talks for World Bank funding for developmental projects in Himachal Pradesh and send their warm wishes to the people back home in Himachal Pradesh for the forthcoming festival season.