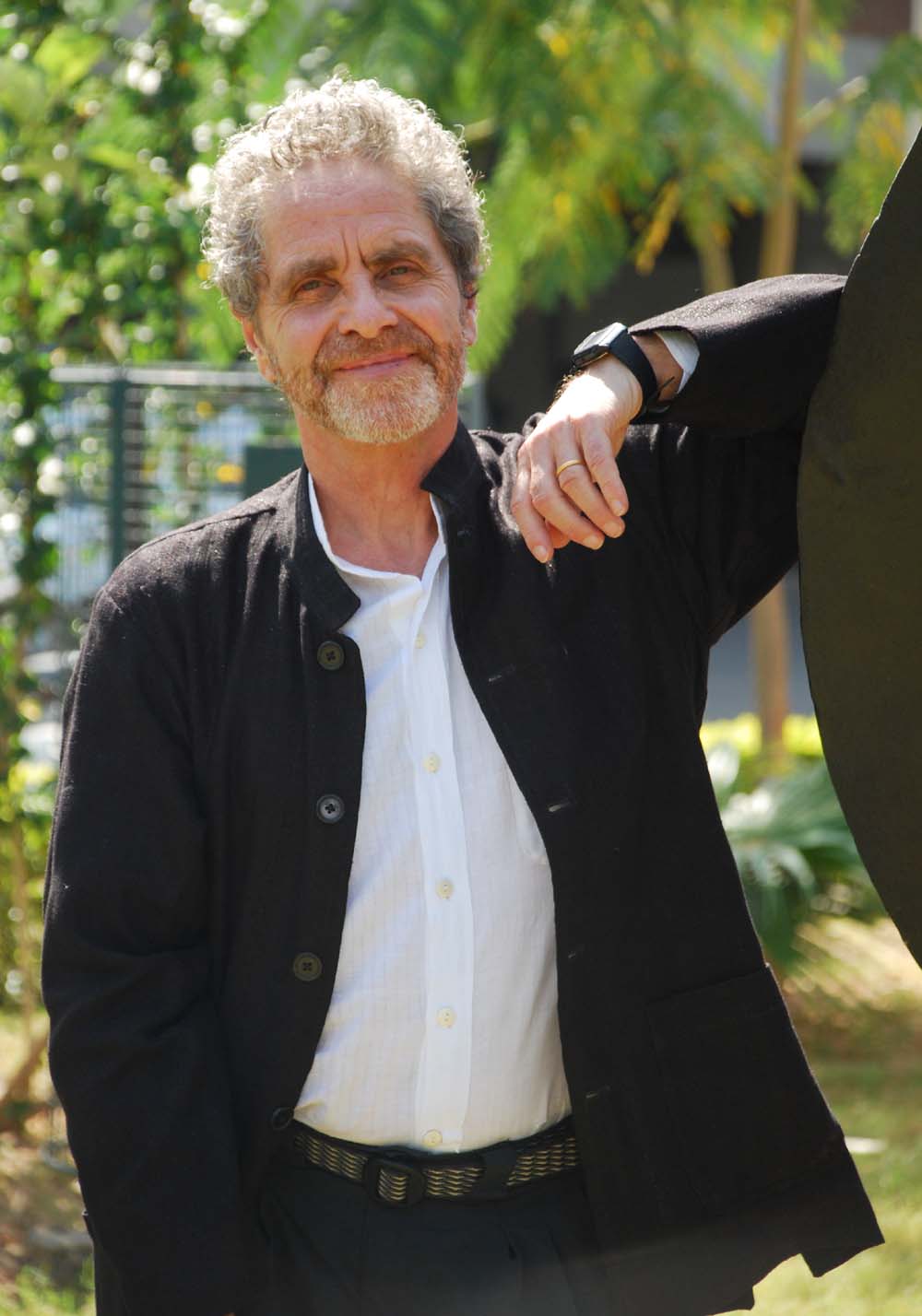 Neelam Man Singh Chowdhry, eminent theatre personality inaugurated the exhibition which showcases three different series, namely the stream suite depicting the energy of flowing water which is inspired from the Nature, while the Bardo series and Moksha series focus on interpretation of the soul as it moves through its numerous and mysterious energy states.

Payson who lives with his Indian wife, noted writer Kamla K. Kapur, for half the year in a remote area of Kullu valley in Himachal Pradesh describes his Energy Flow work as “a continuation of my preoccupation with energy flows going back over thirty years which epitomizes the larger spiritual dimensions of Nature that permeats our being”.

“The energy flows of the natural world”, he describes, “is depiction of the cycle of continual creation and destruction, death and rebirth, karma and reincarnation, which is very much part of the Indian philosophy”. This flow of s 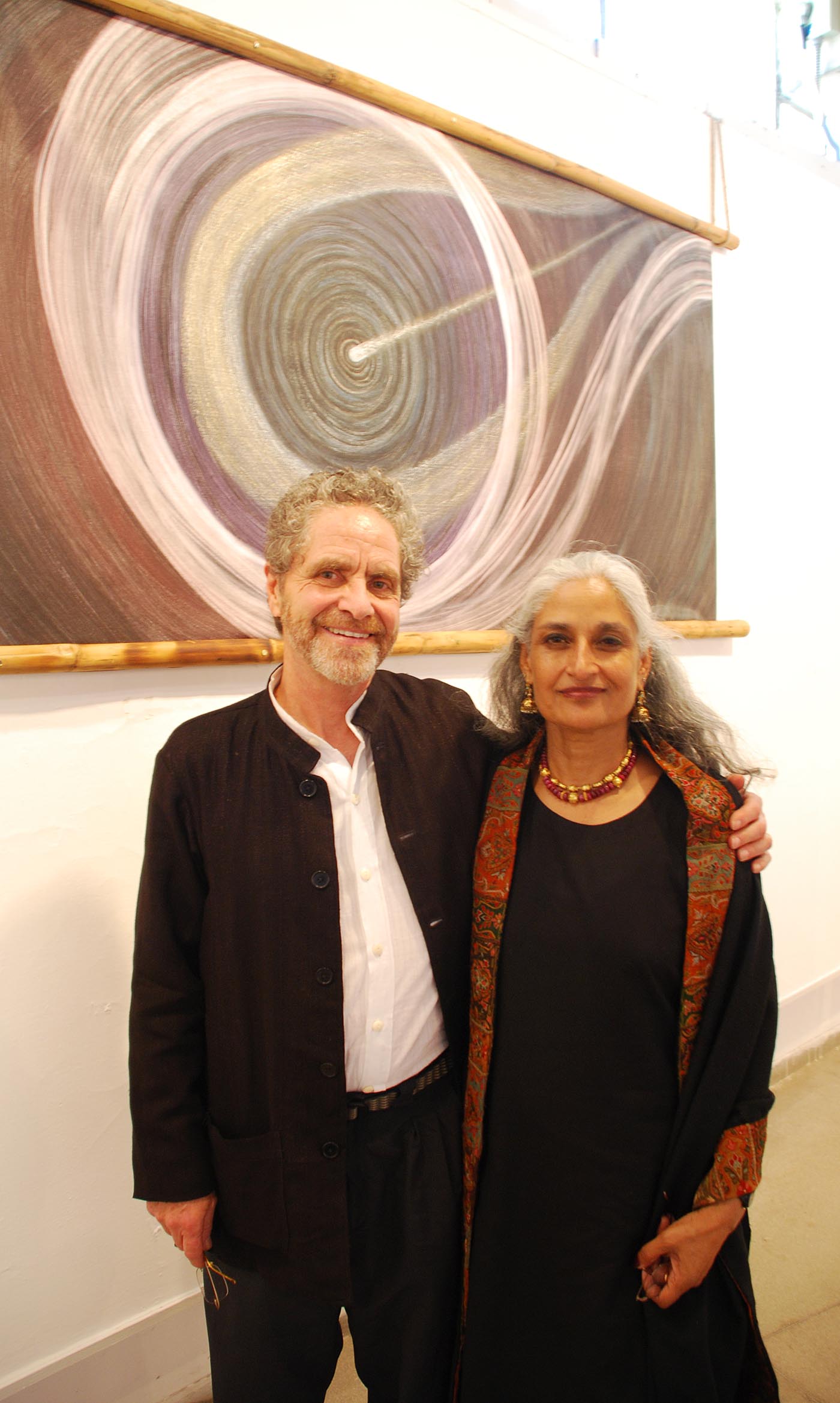 upernatural and supranatural energy finds expression in his latest additions to his repertoire, the Bardo and Moksha series.

Payson draws his inspiration from the variegated secrets of mother earth which he had been able to explore and enjoy the patterns of Nature, as an earth scientist having worked from Alaska to Antarctica, and now as an environmentalist and advisor to the Great Himalayan National Park since 2000, had an opportunity to trek to the most difficult snow-covered terrains in the glacial regions.

Payson is deeply concerned about environmental degradation and global warming, and is engaged with Sahara, an NGO in Himachal Pradesh, to help protect the ecosystem through community participation, besides vociferously generating awareness about the environmental damage that the untamed exploitation of the natural rivers is being caused by setting up hydel projects in the state.

As a part of his drive to engage youngsters and common man about the preserving and conserving Nature, a special presentation is scheduled at the Government Museum auditorium on 11th October along with the first director of Great Himalayan National Park, Dr. Sanjeeva Pandey.