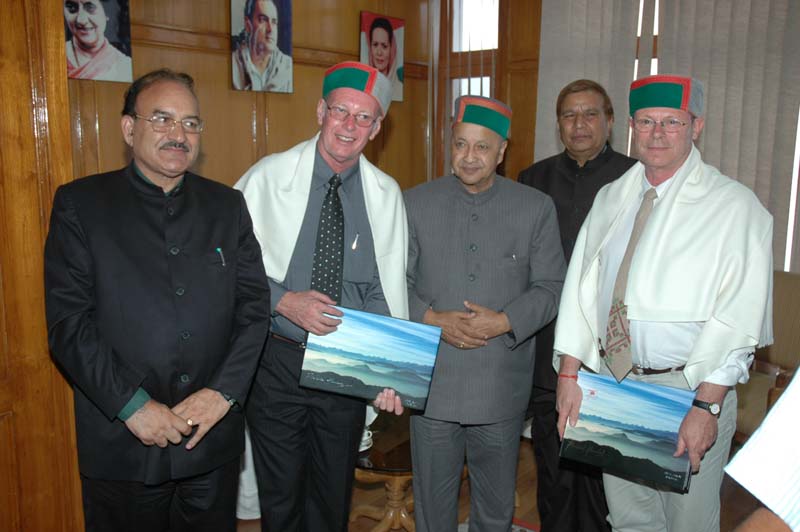 Shimla: The two member UNESCO team evaluating the status of the over hundred year old Shimla – Kalka railway track told chief minister Virbhadra Singh, here today, that the track would get a World Heritage status by November, next year.

Dr Robert Leen and EV Walker, from the UNESCO team who met chief minister soon after arriving in the capital said that the track did qualify for being declared a World Heritage and they would be making a recommendation before the World Heritage Declaration Committee.

Virbhadra said that the state government had taken up the matter of declaring Kalka-Shimla Railway Track as World Heritage keeping in view of its heritage importance and maintenance in its original architecture with the central tourism and railway ministry for putting the matter before UNESCO.

The railway track was completed in the year 1903 and centenary celebrations held at Shimla was attended by the country’s railway minister, the chief minister said. Narrating an incident about the construction of the track, he said, at one point British engineers went wrong with their track alignment where tunneling was needed, services of a local supervisor Bhalku Ram were requisitioned which helped in course correction and speedy construction of the track.

Then tunnel boring was a Herculean task which was successfully completed with the help of local people. Virbhadra said that there was a lot of history attached to the track and many national leaders and dignitaries of international repute had traveled and appreciated the journey by this narrow gauge train.

Virbhadra said that the track was well maintained and no change had been incorporated in the original structure since its construction. Only the original infrastructure was repaired and maintained.Â  He said that Shimla-Kalka was the living world heritage which was still in use and in good condition.Â  Declaration of the track as World He