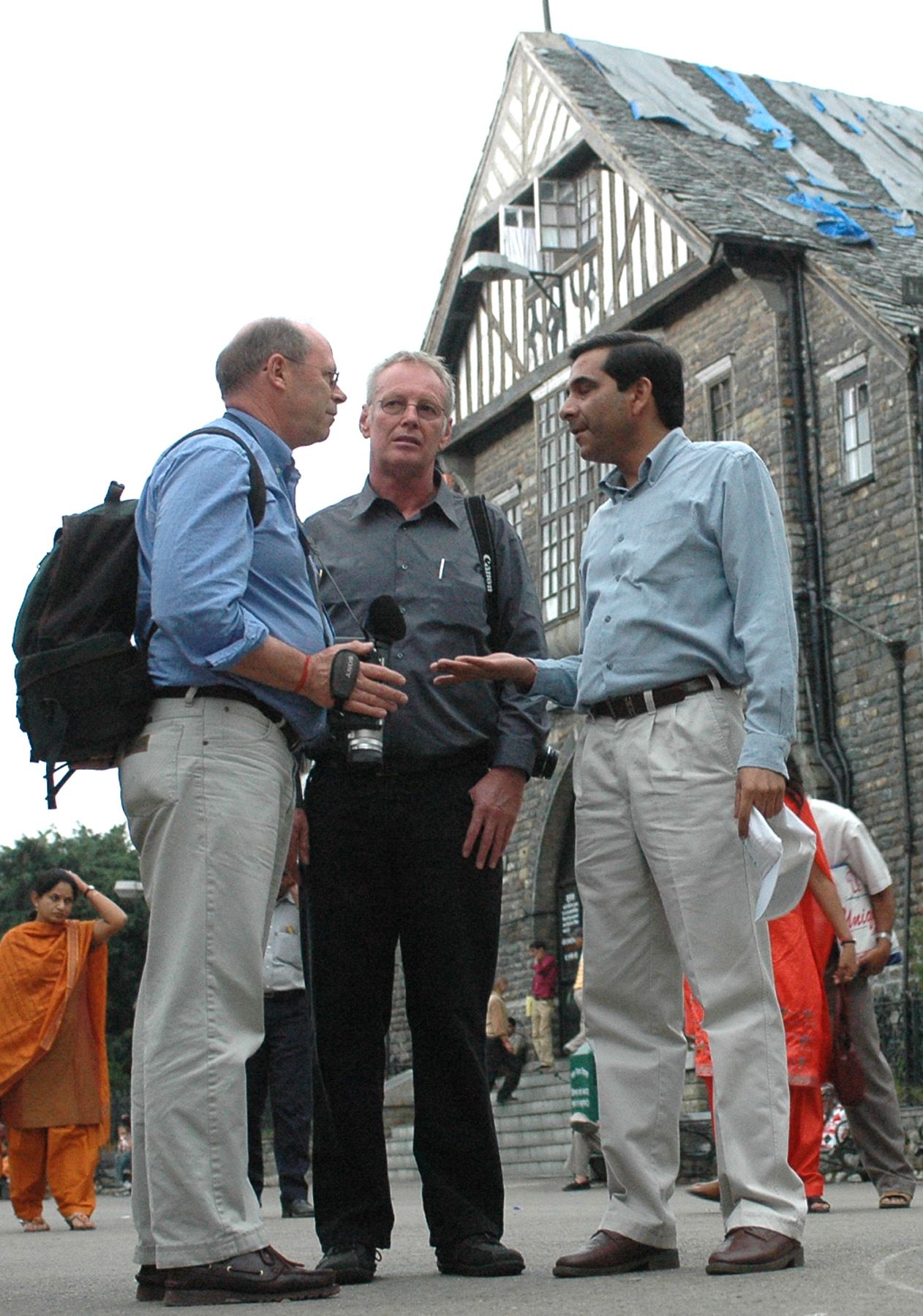 Shimla: Built in two year but has lasted over a century, the Kalka – Shimla railway line is an engineering feat that rivals the Swiss, who are considered masters in hill railways, and deserves to be on the World Heritage list, said Robert Lee, UNESCO expert, after surveying 102 tunnels and 74 stone bridges on the 100 kilometer track.

The Kalka Shimla railway was thrown open in 1903 and the Rhaetian Railway which passes through Davos in Switzerland was opened in 1905. Both are being considered for the prestigious World Hertiage list in the same year, Lee told myHimachal News Bureau.

Where as the Rhaetain Railway was build exclusively for European Royalty and is closely associated with history of skiing and winter games, the Kalka â€“ Shimla line was built to military specification because of the strategic position Shimla was in for running the British empire, said Lee.

Robert Lee and filmmaker Ian Walker are part of the UNESCO team documenting the track condition for placing the case before World Heritage Declaration Committee.

“What is unique about Kalka-Shimla railways,” says Lee, “is that it is has played an important role in the history of the sub-continent. In 1930 Mahatma Gandhi, the first superstar world politician who effectively used media to achieve national goals, traveled by this track to meet Lord Irwin. That meet secured internal rule for the nationalists.”

The theatrical arrival of Mohammad Ali Jinnah and Jawahar Lal Nehru in the summer of 1945 for the Shimla Talks meeting with Lord Wavel was not for deciding when the country would get independence but whether India subcontinent should be one, two or three countries, he said.

One can’t put a heritage value to a track like this but if one were to construct a fortified railway line like this today, it would cost about half a billion dollars, he said.

Talking about engineer Barogh, who committed suicide because a tunnel alignment on the track went wrong and had to be abandoned, Lee said that the UNESCO team was trying to track his grave as an effort to gather more information about the professional who could not bear the insult of being fined Re 1 for the costly mistake. The longest tunnel on the track under Barogh hill is named after him.

He said that it is a myth that the Shimla-Kalka railway line is a toy train track but it was Lord Kitchner’s baby for being able to move European troops quickly from the conducive hill climates, where they were stationed, to contested borders in Afghanistan and maintain the buffer zone status of Tibet.

The track is in excellent condition and if it does attain the World Heritage status, Indian Railways will have the unique distinction of having the Darjeeling Railway (1999) the Mumbai VT (2003) and Nilgiri Railway (2005) on the prestigious list to be conserved for future generations, concluded Lee.