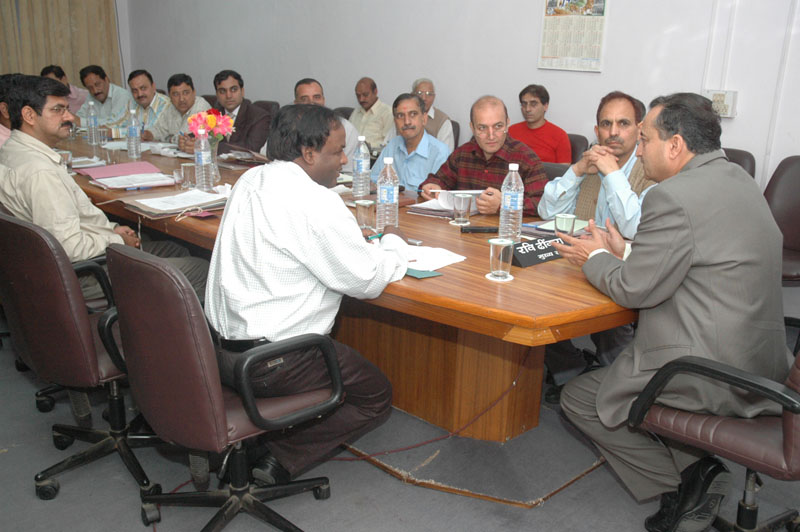 Ravi Dhingra, Chief Secretary said that a provision of Rs. 106.65 crore has been made for Disaster Relief Fund during the current year in the State and Rs. 54.03 crore had been allocated to the Deputy Commissioners and concerned departments. He was addressing a meeting convened to review the preparedness to tackle natural disasters here today.
Chief Secretary directed the concerned officers to gear up administrative machinery to tackle all kinds of natural disasters. He said that capacity building was a pre-requisite for efficient handling of disasters and added that task forces comprising of local people should be constituted which could play a significant role in rescue operations. Training in disaster management was being imparted to the officers of various departments, he added. He said that awareness was very significant for mitigating loss to life and property during natural disasters and added that disaster management had been incorporated in the educational curriculum at school level.He said that Control Rooms have been set up at District level to tackle emergencies round the clock and added that disaster management plans have also been prepared for the same. He said that danger points have been marked on the banks of Satluj river and necessary directions issued to the District Administration regarding alertness during emergency.
Chief Secretary said that the State government had constituted Rehabilitation and Disaster Management Department for effective tackling of natural disasters and added that Disaster Management Act, 2005 was under implementation in the State. He said that Disaster Management Authority had been constituted at the State level headed by Chief Minister and Revenue Minister, Heads of significant Departments as its members besides District level authorities headed by Deputy Commissioners.