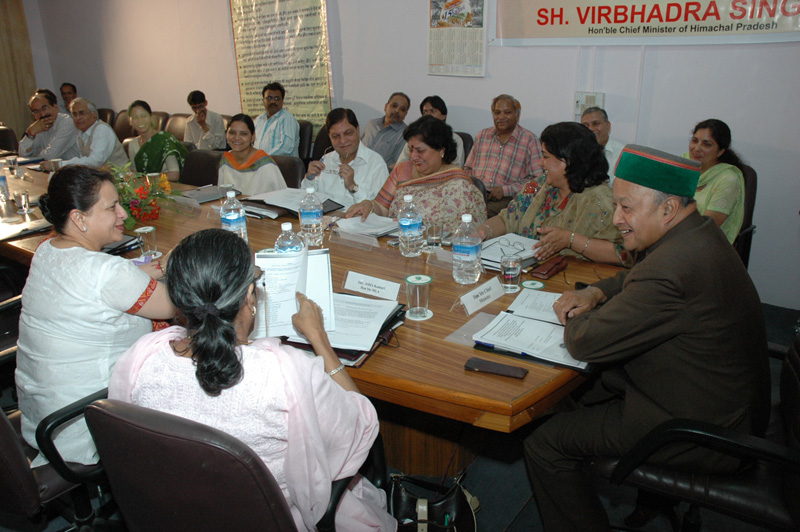 Himachal Chief Minister, declared twelve gram panchayats, one in each district with best girl child births and announced award of
Rs. 5 lakh each over and above the regular budgetary provisions for implementing the government programme aimed at increasing the female sex ratio in the state.

He was presiding over the State Supervisory Board meeting, constituted under the pre-conception and pre-natal diagnostic techniques (Prohibition of Sex Selection), here today.

An award of Rs. 5 lakh to each gram panchayat in each district which registers the highest increase in female births in the district and the developmental award would be over and above the regular budgetary provisions to carry additional developmental activities in the respective gram panchayats.

Goharma and Kolang gram panchayats of Lahaul block in district Lahaul and Spiti;

and Badhera Raj gram panchayat of Gagret block of district Una have been adjudged the best with high female births and would be eligible to get the award of Rs. 5 lakh for carrying their developmental activities.

Virbhadra Singh said that concerted efforts were underway to check the female foeticide removal and stringent action being taken against the individuals and the clinics undertaking such unlawful tests.

He said that since the problem had been identified and the challenge would be met with successfully in cooperation with the people who were also being awakened with attitudinal change emphasized to the drastic results occurring in the wake of unbalanced sex ratio.

The state government provides free education to girl child up to the highest level, free uniform and text books, scholarships ranging from Rs. 300 to Rs. 1,000 for all categories, nutritioinal supplements to pregnant and lactating women as well as adolescent girl at anganwari centres, skill training under Kishori Shakti Yojna cash awards to the family adopting terminal family planning after the birth of the first or second girl child were some of them.

Singh said that the government was considering setting up of a tool free Help Line to disseminate information on the pre-conception and pre-natal diagnostic techniques would be made available to the people, besides registering complaints and submission of illegal activities. He said that people indulged in such unlawful activities of conducting pre-natal tests were liable to be punished with fine and imprisonment besides rewarding the informer about any such activity taking place in their area with cash rewards.