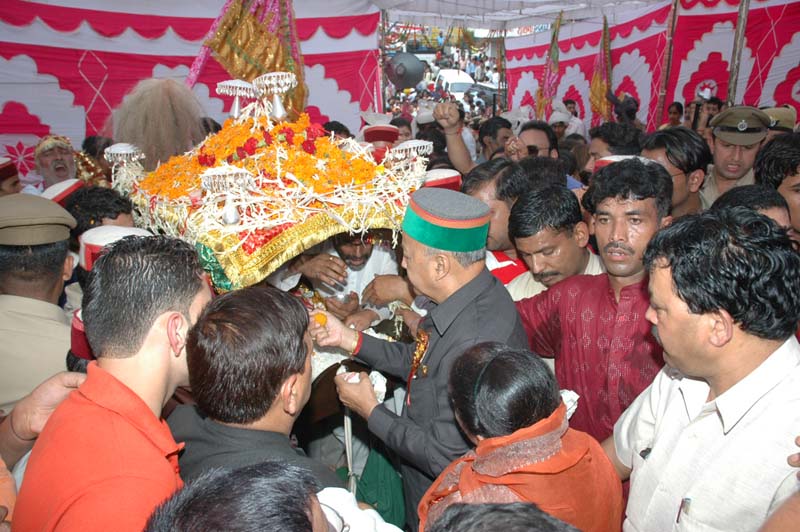 Virbhadra Singh, Chief Minister inaugurated a three-day long State-level Shoolini fair at Solan today by offering prayers before idol of Maha Shoolini. He led the procession of inaugural ceremony and was accompanied by prominent people of the district.

Later, Chief Minister played first short in the synthetic Tennis Court in the Police Lines Solan and dedicated the Club House to the Tennis players of the district constructed at a cost of Rs. 15 lacs. He also awarded trophies to the players and hoped that with the creation of modern facilities in the sports, more people would join the sports activities in district. He said that sports would re-energize the officers and other players which would reflect positively on their functioning.