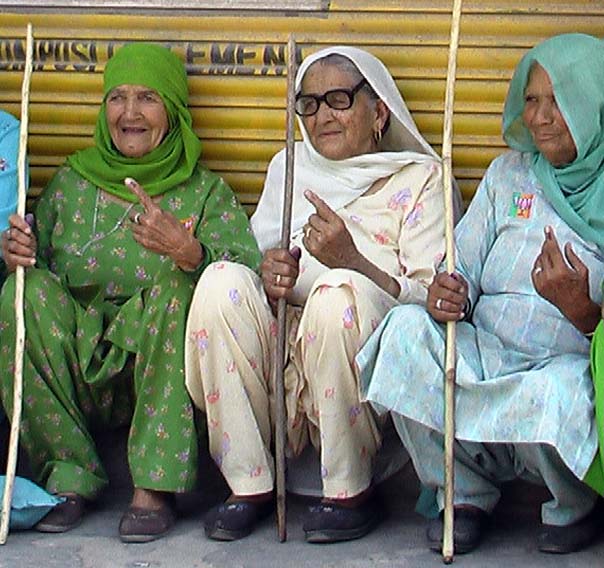 About sixty percent men and women exercised their right of franchise for bye election to Hamirpur Lok sabha seat in the Hamirpur district today. The polling that started at a brisk note in the early morning hours became dull when the Sun advanced further. However, it became brisk in the last three hours of the day.Women again outnumbered men in the polling and were seen in large number at the polling stations to cast their votes. They reached polling stations well dressed and singing songs.

Polling for bye election to Hamirpur Lok sabha seat started on a brisk note in all parts of the Parliamentary constituency this morning. There was heavy rush of voters at the polling stations and women were outnumbering men there. People were standing in long queues to wait for their turn to cast their votes.

Reports reaching here say that there was about 50.5% polling in Dehra (Kangra), 65% in Bilaspur and 59% in Una districts of the state.