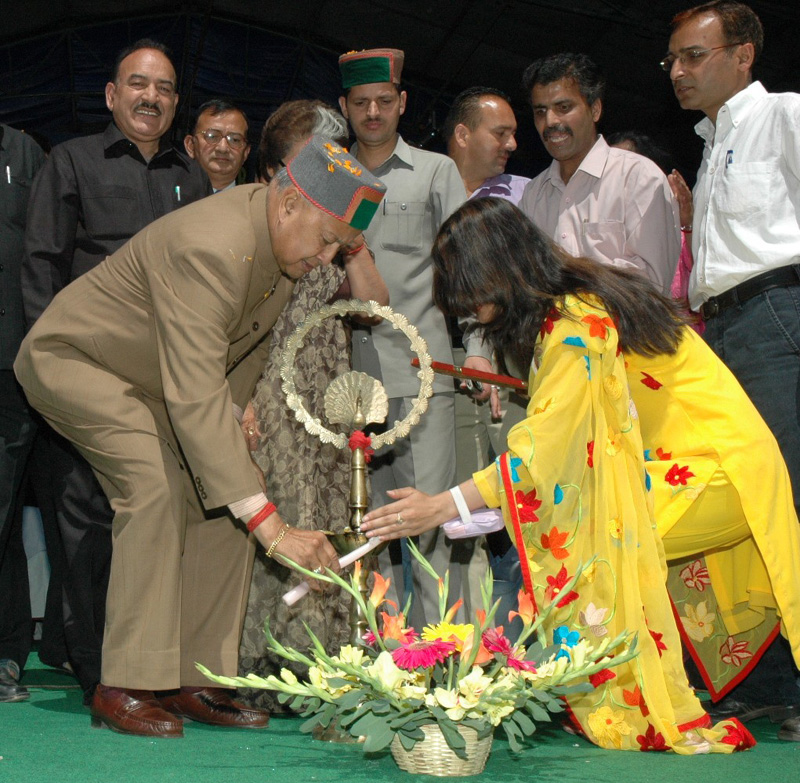 Shimla: The Himachal Pradesh Government has abandoned big and small hydro electric projects of 425 MW capacity in Kullu and Kinnaur districts preserve and conserve the environment of the valleys besides making it mandatory to every hydro electric project to release a minimum of 15 percent of river water downstream beyond its dams for sustenance of the aqua life and feeding the water supply and irrigation schemes.

This was revealed by Virbhadra Singh, Chief Minister, while addressing an impressive assembly of local people, environment lovers, school children in the state level function organized to celebrate the World Environment Day which he inaugurated by lighting the lamp here today.

He said that government has decided to abandon almost all hydro electric projects execution in the Tirthan valley of Kullu district to save the trout fish which forms a vital organ of the environment and similarly a number of projects were being abandoned in Kinnaur district with a view to conserve the â€˜Bhojpatraâ€™ forests in the area. He said that it had been made mandatory for every identified hydro electric execution authorities to obtain no objection certificate from the local panchayats before undertaking the execution work of the allotted project.

Singh said that Himachal Pradesh happens to be the first state in the country which has constituted a separate department look after the most important environment protection activities in the state and the endeavour has been launded at international level. He said that effective steps were underway to check the pollution caused due to industrialization and environmentally safe modes adopted for disposal of solid waste of the towns and hospitals. He said that his government would vigorously enforce the Environment Protection Act in the hydro electric projects being executed in the environmentally sensitive regions.