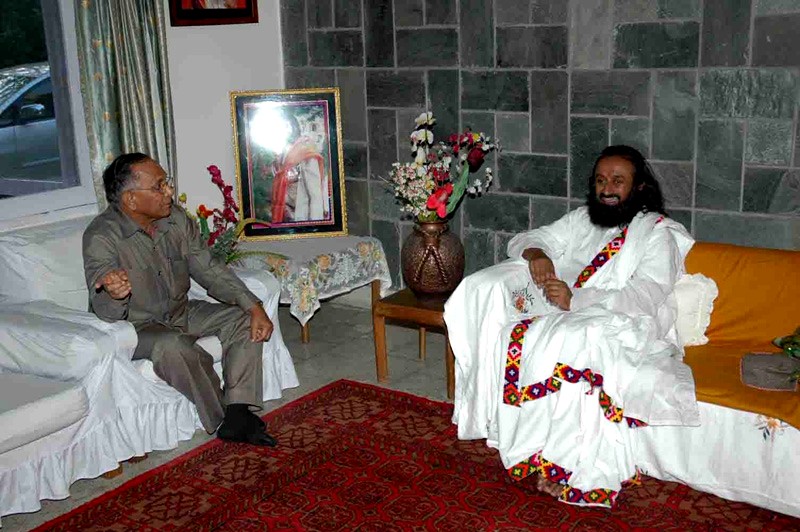 He also participated in the Yog Sadhana Shivir being held by the Foundation from 3rd to 6th May, 2007 at Kullu.

He welcomed Sri Sri Ravi Shankar to Himachal Pradesh and said that the State was known as â€˜Land of Godsâ€™ and lakhs of devotees visited various religious shrines in the State every year. He said that holding of such camps would go a long way in promoting religious tourism as well.

Governor said that Yoga played a significant role in improving the quality of life by keeping individuals mentally and physically healthy. He said that there was a great need to practice Yoga in our daily lives to stay away from stress, as the contemporary times were highly competitive. He said that spiritualism could lead the people on the path of truth and peace and could provide solutions to modern day problems.

He said that Art of Living Foundation was doing a commendable job in this direction besides other social causes and hoped that devotees would be immensely benefited by the teachings of Sri Sri Ravi Shankar during the camp.

Some more pictures from Kullu valley via Yash Raj Sharma