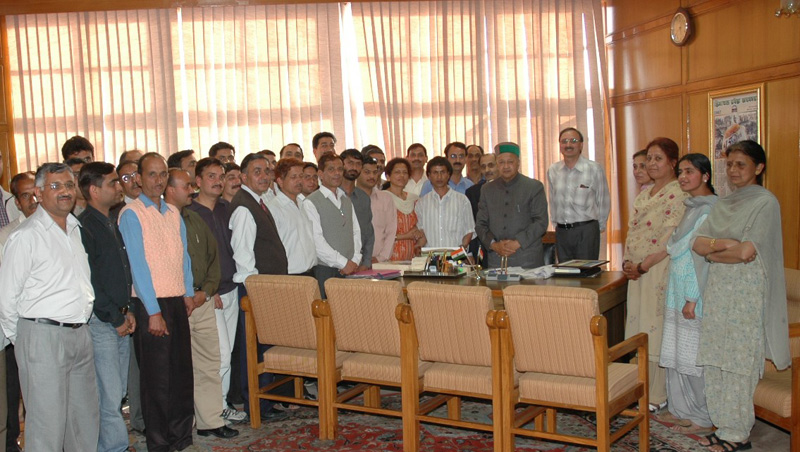 Virbhadra Singh, Chief Minister, advised the Information and Public Relations Department to update its modes of publicity to keep pace with the modern technological advancements in the field of media and publicity. He was speaking to a delegation of officers and officials headed by Dinesh Malhotra, Director of Information and Public Relations, which called on him here last evening to thank him for sanctioning various categories of posts for the department which had fulfilled a long pending demand of the department.

Chief Minister said that Information and Public Relations Department has been bestowed the responsibility of building the image of the government and to educate masses about the spectacular achievements and public welfare policies and programmes. He said that in the modern age the information technology has overshadowed all the other modes of publicity campaigns and the department needed to update its publicity machinery to meet the challenge and deliver the information not only in every nook and corner of the state but through internet facilities all over the world so that people could know about the fastest moving hilly state of the country.

Dinesh Malhotra informed the Chief Minister of the updating process adopted by the department in the recent past to keep pace with the modern tools of publicity and assured the Chief Minister that the department would rise to the expectation and directions of the government and educate masses about the spectacular achievements of the state government during last four years.

Later the delegation also called on T.G.Negi, Principal Secretary to the Chief Minister, who also holds the charge of Information and Public Relations Department.