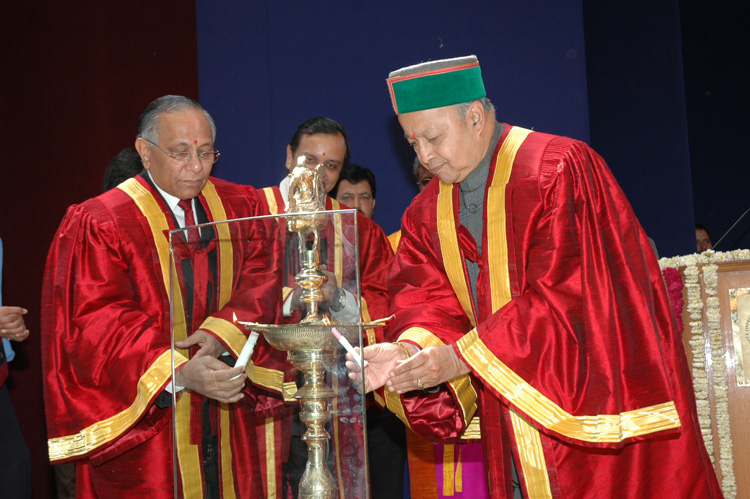 Announcement of increasing seats from 5 to 10 percent for students of Himachal Pradesh in JUIT Waknaghat.

Computer labs set up in 50 Government Senior Secondary Schools in the State.

Delivering his presidential address on the occasion of 1st Convocation of Jaypee University of Information Technology, V.S. Kokje said that Himachal Pradesh has made a good beginning by enacting a Private Universities Act to associate experienced and competent private players for imparting globally recognized vocational education to the youth. He said that Jaypee University had opened gates for many more institutions to come up in the State. 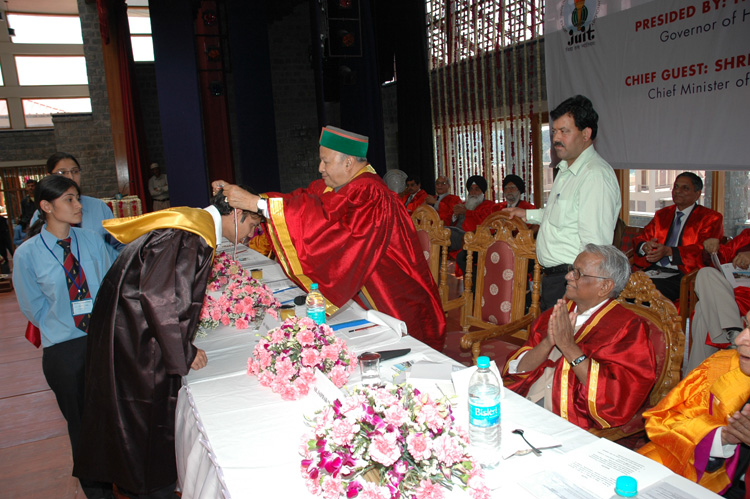 Speaking on the occasion, Virbhadra Singh, Chief Minister who was the Chief Guest on the First Convocation of the JUIT, awarded Gold Medals to Rohan Binny Arora for B. Tech. (Electronics and Communication Engineering), Mayur Mantri, B.Tech. (IT), Manish Jain, B. Tech (Computer Science Engineering) and Vishal Kapoor, B. Tech. (Bio-Informatics).

Chief Minister said that Private University Act has been enacted in 2006 to woo private entrepreneurs to establish Universities in the State so that Himachal Pradesh becomes a knowledge hub which is the cherished dream of his Government.

Virbhadra Singh said that Himachal Pradesh State Wide Area Network (HIMSWAN) is being set up for online interconnectivity of different Government Departments and added that this connectivity will be extended to the Panchayat level. He said that HIMSWAN will ensure anytime-anywhere access to data and information not only for Government officials using intranet but also for common public on internet. He said that State Data Centre (SDC) will also be set up in this year which is the second critical pillar for providing citizen-centric services. He said that State Data Centre will be equipped to host applications to use the centralized computing power. 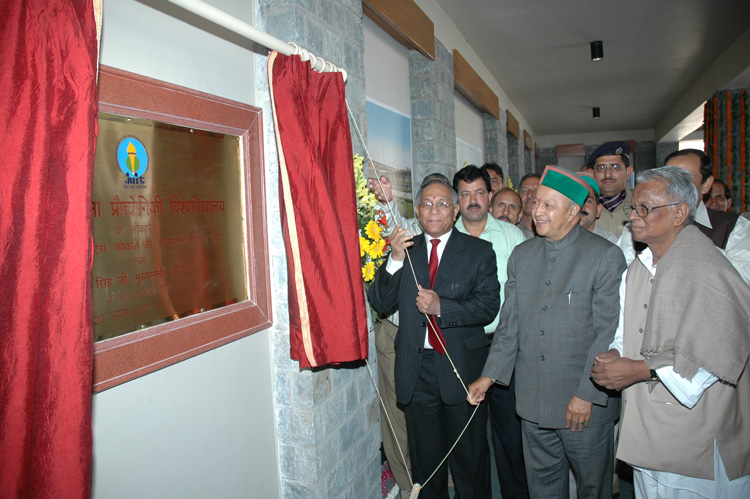 He said that in order to promote computer literacy at the higher education levels, the Universities and Government colleges will be equipped with â€˜State of the Artâ€™ computer labs which shall also have internet connectivity and IT enabled learning of curriculum.

He said that fifty computer labs have already been set up in 50 Government Senior Secondary Schools and nearly 900 Government schools in the State are already providing IT and IT enabled education.

He said that this IT infrastructure shall also be used for imparting soft skills leading to employability in Business Process Outsourcing (BPO) and IT Enabled Services (ITES) sectors.

He said that these trainings will be conducted after the college hours and will be outsourced and added that more than 40 E-Governance projects including computerization of land records, Hospital MIS, Telemedicine, Registration of Properties, Reference Monitoring System, E-Pramaan etc. are already going on. He said that Integrated Community Services Centres shall also be set up down to block/tehsil level where all citizen centric services shall be delivered under a single roof in an IT Enabled efficient, transparent and re-engineered manner. He said that Himachal Pradesh is now considered a leader in the field of E-Governance throughout the country and it has been receiving recognition consistently since the year 2003 by way of National and International E-Governance Awards.

He said that in order to attract more investment in field of IT hardware and software, the State Government is going to set up atleast 2 IT Parks in the State. He said that one of these parks will be located in Waknaghat and added that request for proposal for setting up IT Parks is being prepared and the work for setting up IT Park in Public Private Partnership is likely to be awarded very shortly after competitive bidding process.

Jai Prakash Gaur, Founder Father of Jai Prakash Seva Sansthan welcomed the Governor and Chief Minister. He thanked them for their patronage in making JUIT, a world class university. He said that a â€˜No Profit-No Lossâ€™ Coaching Center would be set up at Shimla where students from the State would be admitted with preference and also announced increasing of seats from 5 to 10 percent in all departments of JUIT Waknaghat for students of Himachal Pradesh.

Manoj Gour, Chairman of Governing Council and Pro-Chancellor of JUIT proposed vote of thanks.

Dr. Y. Medury, Vice Chancellor of the JUIT read out the Annual Report and highlighted the achievements of University.