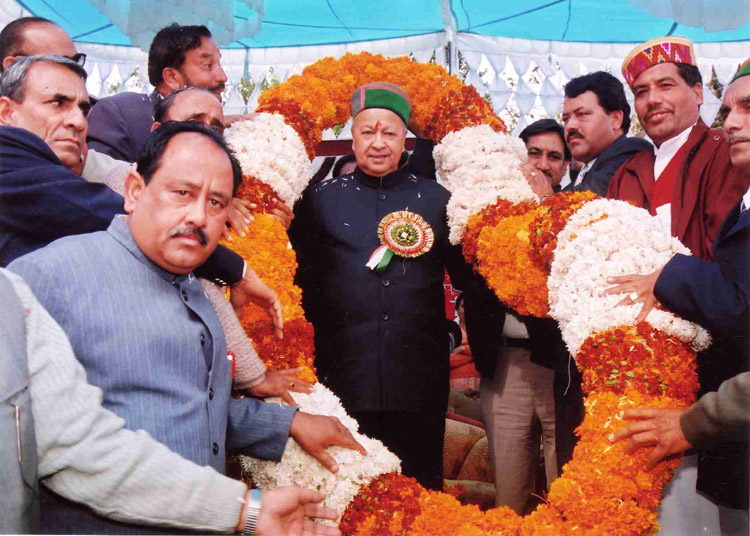 Sundernagar, Mandi district: The State Government is committed to promote, preserve and teach Sanskrit besides exploring possibilities to get the language computerized by moderning the learning process. This was revealed by Shri Virbhadra Singh, Chief Minister while addressing the students, teachers and people on the annual function of the Govt. Sanskrit College, Sundernagar in district Mandi today.

Himachal Chief Minister said that the State had a large number of educational institutions teaching Sanskrit in the Government and Private sector while the Central Government Sanskrit Vidyapeeth was being set up at Pragpur area of Kangra district. He said that Sanskrit Colleges in the Sate had large number of students from all sections of the society since the young generation was coming forward to study the rich language. He said that the old manuscripts found in the State were all in Sanskrit which required the knowledge of Sanskrit. 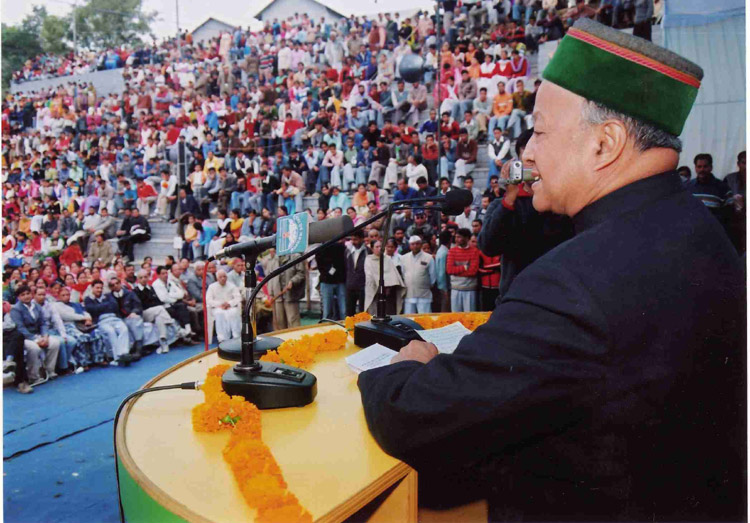 Shri Virbhadra Singh said that Sanskrit was the most powerful language and even today the saints and sages had dedicated their lives to uphold the rich heritage, culture and tradition of the country. He said that such saints were also instrumental in preservation of the traditional culture of the country. He said that the ancient system of ayurveda treatment was completely based on Sanskrit.

Chief Minister emphasized the need to encourage students learn Sanskrit besides other language to update themselves about its heritage and also find the ways and means to modernize the same through modern modes of learning. He said that scholars from all over the world were impressed and influenced with the rich language contents of Sanskrit which did not stick to the ancient ways but shows people way to lead a successful life. He said that Sanskrit was a sea of knowledge for scholars.

Shri Vribhadra Singh said that Sanskrit happened to be the oldest language of the world dating back to 5000 years. He said that all the ancient sculptures and books written in Sanskrit and was rich in contents. He said that the language had its own grammer and exhaustive research on various aspects of the language was in progress and new innovation were coming forward.

Shri Virbhadra Singh said that the State Government would be printing the calender of the Preamble of the Constitution of India to revive the memory of the people and educate them about the moral contents of the Constitution of India. He said that the calender would be supplied to all the Government offices to create awareness amongst people especially the youth so that they could be responsible citizen in real sense.

Chief Minister said that new buildings would be constructed in all Government Sanskrit Colleges in the State to promote the Gurukul system of education. He said that the municipal building would be handed to the Sanskrit College and the MC would be provided grant by the State Government at alternate location. He said that two hostels tribal and girls hostels would also be constructed at Sundernagar.