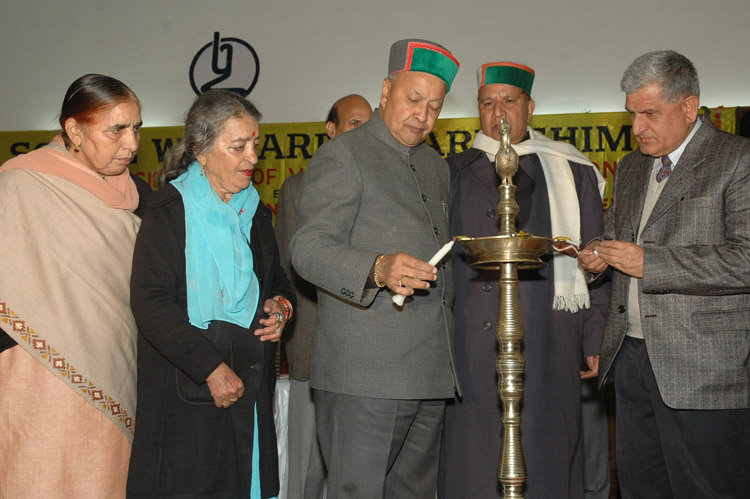 Shri Virbhadra Singh said that Indira Gandhi Balika Surksha Yojna had been started in the State to check the practice of female foeticide and the State Government would provide an incentive of Rs. 25 thousand to those parents who would adopt family planning after one girl child and Rs. 20 thousand to those parents who would adopt the same after two girl children under the scheme. He said that Rs. 10 thousand would be given to person giving information about such crime and added that Government would also consider to bring about a law, if necessary, to check this crime which would have provision of serious punishment to the guilty.

Chief Minister said that our country had a rich culture where females were held in high esteem and practices like female foeticide had crept in the society as a result of external influences. He said that there was a need to change the mindset of the people and to generate awareness among them to shed the old beliefs which were responsible for such crimes. He further said that State Government would ensure that the practice would be eliminated from the State so that female children could grow in a healthy atmosphere with equal opportunities.

Chief Minister said that NGOs could play a significant role in generating awareness in the society about such practices and added that Government was promoting NGOs in all the sectors as they could reach out to the public. He said that his Government would extend all possible assistance and cooperation to the NGOs working towards such causes.

Shri Virbhadra Singh said that his Government was taking effective steps to keep check on private clinics who were indulging in practices like female foeticide and added that directions have been given to concerned departments to conduct raids against unlicensed medical practitioners so that they could not play with the lives of the people.