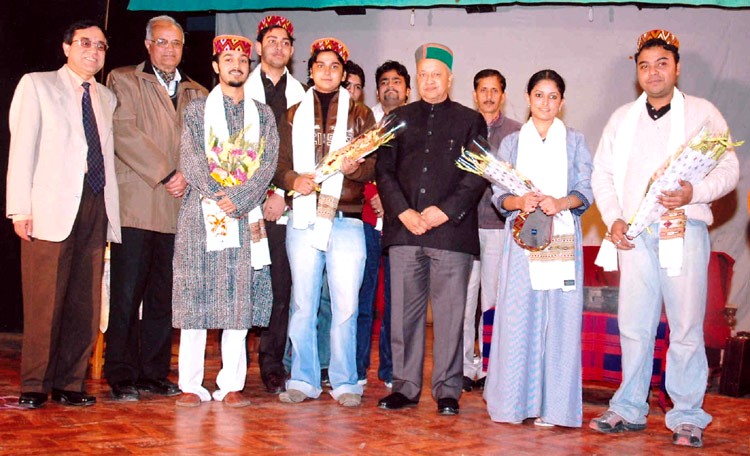 The Gaiety Theatre on the Mall was being restored and renovated to emerge the best theatre in the midst of capital town to promote cultural activities in the State. This was revealed by Shri Virbhadra Singh, Chief Minister while addressing the audience of the One Act Play â€˜DANSHâ€™ staged by Language, Art and Culture Department at Kali Bari Hall here last evening.

Chief Minister said that Gaiety was one of the prominent heritage building dating back to British regime and monument of art and culture. He said that the State Government had launched a campaign to restore the heritage buildings of historical importance and Gaiety theatre happened to be the one of such buildings in Shimla town where the restoration work was in progress.

Shri Virbhadra Singh said that with the completion of the restoration works the performing artists of the State and outside would avail of the facility of appropriate platform to exhibit their talent by staging shows in the heart of the town. He said that there was no dearth of talented people in different forms of art and craft in the State, which needed exposure. He said that the State was culturally rich and known for its colourful varieties, which had made the State as the cenrtre of attraction to the art and culture.

Chief Minister said that cultural activities were being organized at all-level and people had been taking part in the same. He said that the fairs and festivals were fully of cultural activities and people of the area had been interesting significantly in promotion and preservation of the rich cultural heritage of the State. He said that his Government had been extending all possible help for the promotion and preservation of rich cultural heritage of the State.

Shri Virbhadra Singh appreciated the endeavour of Language, Art and Culture Department which had been dedicatedly promoting the sports activities and promoting budding artists opportunity to exhibit their talent. He congratulated the artists of the play for high standard professional performance and wished them wider horizons and grand success.