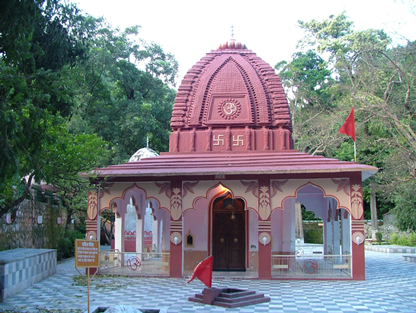 King Sahasarjuna was killing people mercilessly, especially sages. He used to disrupt sagesâ€™ Yaganaâ€™s and kill them. Fed up with this, Sage Jamadagni and his wife Renuka Ji pleased Lord Vishnu. Lord Vishnu promised to help them in some way. He granted them 5 children. Lord Parshuram (avatar of Lord Vishnu) was their 5th child. 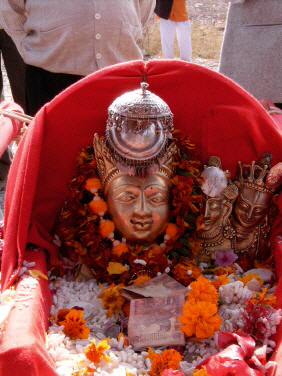 Lord Parshuram studied and also learnt archery. He excelled in it. Once when sage Jamadagni was meditating, the evil king Sahasarjuna came and killed him as well as his first four sons. Grieved by the death of her husband and four sons, Renukaji saved herself from the clutches of the evil king by plunging into the nearby lake. When Lord Parshuram, who was meditating in Himalayas at that time, heard about this incident he decided to avenge the ruthless killing. He killed the evil King and also made his father and four brothers alive by divine powers.

Since then this place has become a religious spot. In recent times, due to the near heaven like ambience of the place, the region has developed as a tourist spot. The Renuka Lake is considered as an embodiment of Renukaji. Thus, the region has religious, tourist as well as political importance and can be developed further so as to gain national importance.
Both mother and the son are reunited every year at a celebratory fair held in November. As mythology says that Lord Parshuram had promised his mother Renuka that he would always come from Himalayas (where he meditated) once in year to pay his due respects to their parents. This coming of the parents and their son has been symbolized as a fair that is organized every year by the people of near by villages. In this fair idols of gods are carried on big stages and it is a beautiful sight to watch after having learnt their history.