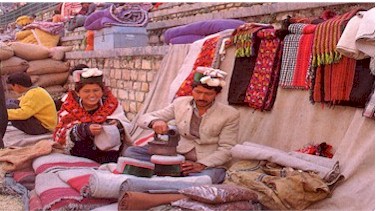 The famous ‘International Lavi Trade fair’ is one of the unique examples of the glorious, social, cultural, economic history and legacy of Himachal Pradesh. It is the biggest trade fair of the greater Himalayas, which is held at Rampur Bushahr, about 130 kms from Shimla from 11th to 14th November every year. Rampur Bushahr, which is popularly know as the gateway of tribal District Kinnaur is situated on the left bank of river Satluj and is one of the oldest town on Hindustan Tibet road. In every season thousands of tourists, pilgrims and nature lovers visit the area.

Its old religious shrines include the Raghunath temple, the Ayudhya temple, the Narasingh temple and Dumgir Bodh temple are the places of tourists interest. An interesting mix colonial and traditional style, the Padam palace is one of the major attraction.

Among other tourist destinations about 45 kilometers from Rampur, Sarahan is known for its ancient Bhima Kali temple. Rampur Bushahr was once a major trading centre on the old silk route of Kinnaur, Tibet, Ladhakh and Afganistan. Though the fair is being held on an organised basis for the last three hundred years, its origin is stated to be much older. 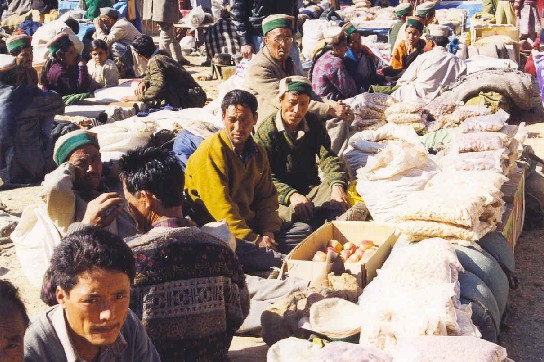 The fair is linked to the historic treaty between Bushahr State and Tibet concluded during the rule of Raja Kehri Singh (1636-96 AD). The treaty not only resulted in the deeper friendship between Bushahr and Tibet but also increased trade between the two states. The Lavi fair is, thus, believed to have started as a memorial to the treaty concluded in 1681.

During the four days hectic business activities raw and semi finished wool, hand weaven pattis, namdas, pashmina wool, dry fruits like almond, chilgoza, apricot, Chaumurthy and Gunth breeds of horses and yalks worth over several crores of rupees change hands. Buyers from all over the country flock to Rampur Bushahr to purchase wool, pashmina and chilgoza, which have a ready market even in foreign countries. Lakhs of rural folk from Kinnaur, Lahaul Spiti, Kullu, Mandi and Shimla districts besides traders from northern Indian plains and lower hills bring general merchandise to have a brisk trade before the onset of winter.

Special Kinnauri market is the main attraction of the fair. The traders from Kinnaur came to the fair along with their families and stay in the mela ground. The Tibetian goods used to be bartered in the fair with the local products like chilgoza, almonds, chuli, black cumin seeds, shilajit and kuth etc. Recently, however, due to easier communication facilities and consumeralization, machine manufactured goods and products have also become added attraction of the fair. 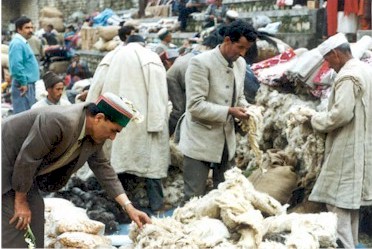 Lavi fair have a social and cultural impact also. It is an occasion, which provide irresistible opportunities to the rural people to strengthen the cultural and social bonds. During the four-day festivity, thousand of people from the villages throng Rampur and the town turned into a sea of people. Inspite of the spread of education, better communication links and upliftment in the socio-economic conditions of the people of the area they continue to believe firmly in strong social bonding which is the hallmark of the rich cultural traditions of the State.

Rampur is important commercial centre. During the last three decades, this fair has also gained cultural significance. After the days hectic trade activities the town and night witnesses’ special culutral programmes. This fair also provides a special opportunity to the people of the area to purchase essential items before the onset of hard winter months and take back the memories of deep-rooted cultural ethoes with them.

Even today, the olden tradition is as vibrant as ever. It also provides a platform to the government departments, agencies and private organisations to put up exhibitions. Social, cultural and economic aspects play a significant role in shaping the progress of a region and the society. Lavi fair is an amalgamation of all these aspects, which is a window of progress and prosperity of the region and symbolises the hard labour put up by the people of the region throughout the region and a time of celebrations. With the culmination of four days extravaganza, the people return with sweet memories to meet again next year on the occasion of Fag mela to be celebrated in the month of April.