One of the more sobering take-aways from the book is the realisation that balancing home and work-life is a precarious exercise for a career woman in India even today, no matter that you belong to the most sought after service in the country.

For The Love Of Living

This book is essentially a paean to the joy of living. The author, Suneeta, was three years my senior in the Himachal Pradesh cadre of the IAS, and was quite the cynosure of all the unmarried males ( and a few married ones too!) in the cadre; the collective sigh of disappointment when she married Sudipto could be heard all the way in Chandigarh!  Many adjectives could be used to describe her- ambitious, spirited, daring, innovative, proactive, warm, helpful, gregarious – but she perhaps describes herself best in one line from the second chapter of her book: ” I don’t know why people talk of salvation. I love life so much that I want to be born again and again.” That, in a nutshell is Suneeta Mukherjee. 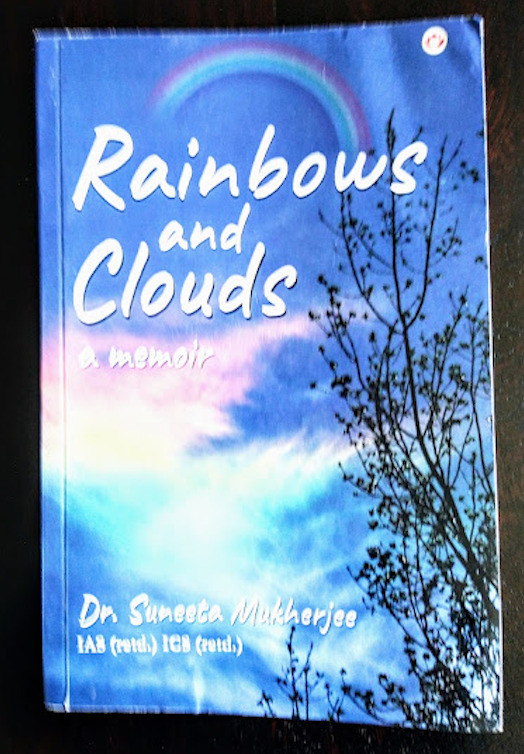 Actually, this is not so much a book in the conventional sense as a diary of her journey from a child in army cantonments through college and the civil services to being a wife, mother and a soul-mate with the soul being snatched away by an envious fate, far too soon. It is a personal narration, a stock taking of a life well spent where the credit column surpasses by far the debit one. I suspect that Suneeta wrote this book as much for herself as for the readers. There is a child-like quality in the simple way she narrates her varied past, and this is the way it should be for someone like her. Suneeta is a very likeable person, and such people are blessed with a childish candour, innocence, curiosity and joy of living, all of which she possesses in abundance. It makes for a very readable book.
She holds nothing back in recounting her experiences- her apprehensions on her first posting in Nurpur, the suspiciously misogynist attitude of her first Deputy Commissioner ( a trait encountered often among her male colleagues), the unwelcome attentions of an insistent IAS probationer, the late budding of love for the dashing young army officer she finally married, the dried prune-like qualities of Secretaries in Delhi, the difficulties of promoting contraception techniques in Islamic countries, her soft corner for Godmen of different hues, the brutal but poignant circumstances attending her husband Sudipto’s death in the second Covid wave. It is all narrated, however, in a matter-of-fact way, without any blame or recriminations.  One wishes that sometimes she would have given way to anger and vexation at some of these people and events, but as anyone who knows her will vouch, that is just not in her nature.
The book is structured in chapters corresponding to her postings; this perhaps could have been avoided as it imparts to the whole a bureaucratic tinge, but it does make for a convenient chronological sequencing. It also has the benefit of blending her personal and professional life seamlessly, which is what the author probably intended. For Suneeta the person is just as interesting as Suneeta the civil servant.
One of the more sobering take-aways from the book is the realisation that balancing home and work-life is a precarious exercise for a career woman in India even today, no matter that you belong to the most sought after service in the country. Many career decisions are dictated by family considerations, and vice versa. The author is not exempt from this reality, and perhaps her decision to quit the cadre early in her career and move on to Chandigarh, Delhi and beyond is part of this. But she is not one to ever have regrets, or to complain, or to entertain a “victim” psychosis. Suneeta’s car has no rear view mirror, and she made the most of her various postings, in India and abroad, and gave of her best at all times. She makes a virtue out of any necessity, a stepping stone to success, as her career graph shows. It’s a long way from Nurpur to New York, Colombo and Manila, from a sub-divisional office to a DI rank in the UNFPA  This makes for an inspiring autography.
Her district postings behind her, her career seems to really take off in the late 1980’s after she ventures into the Health sector. As she explains, this decision was driven initially by the compulsion to be with her family and her peripatetic husband who quit his military career fairly early for the same reason, over the objections of the then Army Chief, who felt that Sudipto had it in him to rise to the post of the Army Chief himself. ( He missed getting the Sword of Honour in the NDA by a whisker, and many still believe that he fully deserved it). She served first in the PGI Chandigarh and then as Deputy Director in AIIMS Delhi, and then moved on to the post of Joint Secretary in the Ministry of Health and Family Planning in the Union government. These postings gave her her metier and the skills and contacts to reach out even further, to a job in the International Civil Service, which, being Suneeta, she secured! 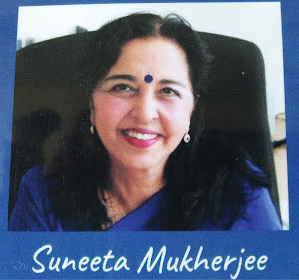 There is one aspect of the book which I (being another “generalist” civil servant) found most interesting, and, in some ways, vindicating. Suneeta has spent most of the latter part of her career working with senior, highly educated medical professionals, both as colleague and boss. In recounting those years, and the many crises she has dealt with, one fact that comes out clearly is this- that the essential USP of the IAS is its ability to coordinate with other services and disciplines in an increasingly complex governmental and administrative structure to deliver public services. This includes working through, and around, politicians. Suneeta demonstrates these skills and qualities again and again, whether it is in persuading the DDA to rehabilitate encroachers on AIIMS land, or prevailing upon Ministers in Bangladesh and the Phillipines to permit the distribution of condoms for family planning. Her career shows that the IAS is not, after all, a much derided “generalist” service, it is a service that specialises in the most difficult of all disciplines. public interest administration. It holds the various parts of the machine together and ensures it works as smoothly as possible. We should be thankful to her for keeping the flag flying!
The author describes in some detail her UNFPA stint and the parallel goings on in her family, with her children Mitali and Abu, growing up and occupying their own niches in life. The details can occasionally become tedious, but then don’t forget this is, after all, a personal diary! A diary which ends on a very poignant note with the departure of Sudipto from her life and this world. Though devastated, her closest companion and pillar of strength no more by her side, she yet describes it all in her usual clinical manner, as much an observer of events as a participant.
Rainbows are funny things: they have a pot of gold at one end and a cloud at the other. Suneeta has had her share of both. Sudipto was a student of astrology, and before he left he had told Suneeta not to grieve, that he had to go but that they would be together again in a couple of years. One sincerely hopes that, for once, Sudipto would be proved wrong on this one.
RAINBOWS AND CLOUDS- A MEMOIR
BY  SUNEETA MUKHERJEE
DIAMOND BOOKS, NEW DELHI.
RUPEES 750/  PUBLISHED 2022.