On days when a heavy snowfall occurs, the thrill that tourists are out to explore turns into life threatening danger as the poorly equipped traveller get stranded in sub-zero temperatures when the roads become snowbound.

Manali: A year ender and aspiring hopes for the coming new year is a time when many people plan and head out on for road trips. It is very common in Kullu – Manali valley, where people take their vehicles and cover road trips to Lahaul valley passing through the Rohtang tunnel.

It is also a time when the winters have set in the valley, and in a quest to catch a glimpse of freshly fallen snow, the popular tourist destination sometimes gets overcrowded.

On days when a heavy snowfall occurs, the thrill that tourists are out to explore turns into life threatening danger as the poorly equipped traveller get stranded in sub-zero temperatures when the roads become snowbound.

One such situation arose as the year 2022 draws to a close, when several tourists vehicles were stuck inside the over 8 km long Atal Rohtang Tunnel in Rohtang. 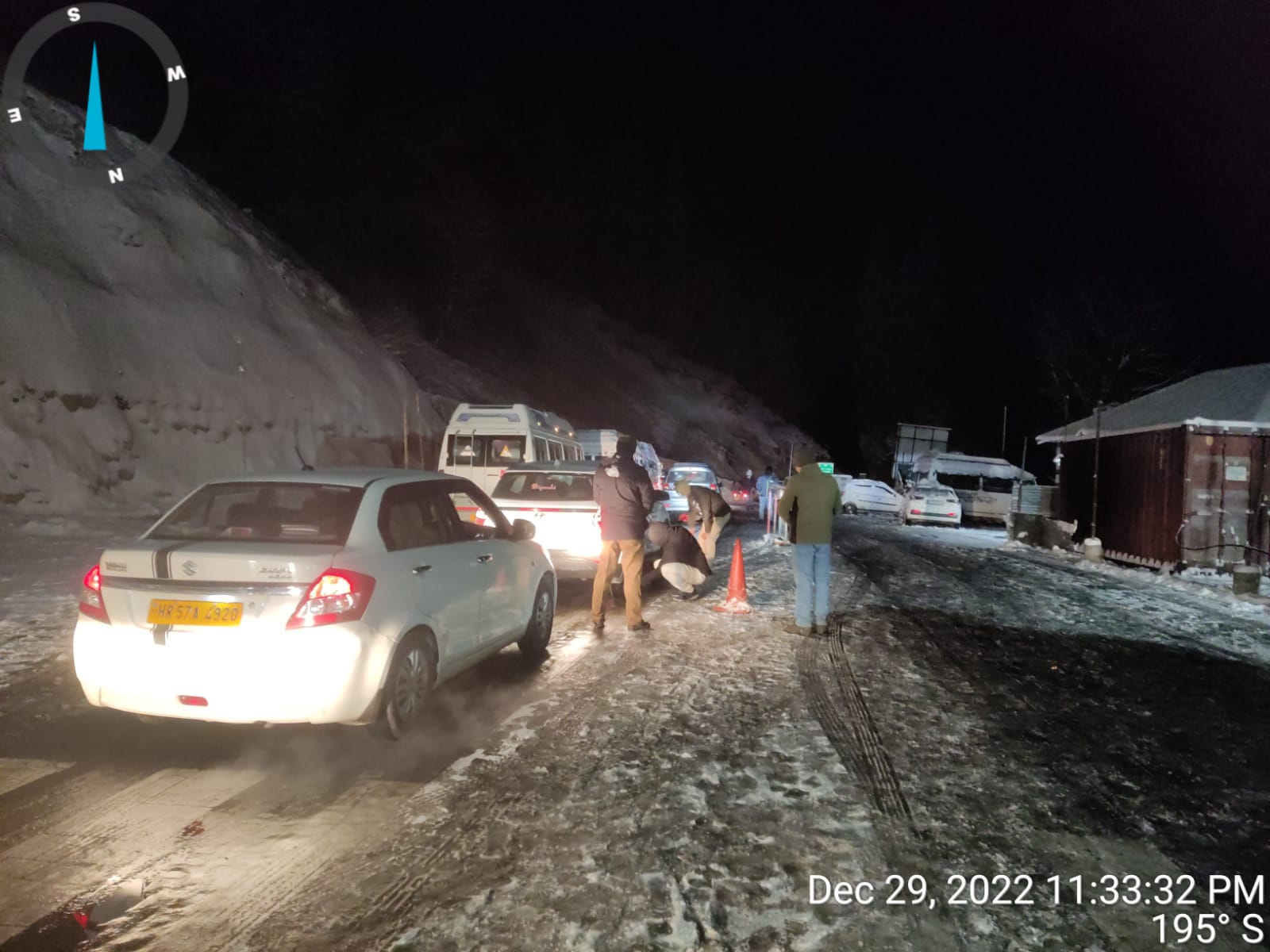 The local Lahaul Spiti and Manali Police came to their rescue and cleared out the accumulated snow on both sides of the tunnel. This resulted in a significant clearance, which allowed the motorists to drive safely to their destinations.

Grinder Sandhu, one of the tourists from Chandigarh said that many motorists head to mountainous regions without much expertise and skills to drive on a snow-covered road.

A high majority of such people take their front-wheel-drive or rear-wheel-drive cars, which in such conditions, are unable to gain the required traction. He added it happens due to no power being transferred to either end of the wheels which results in the conditions of skidding, which eventually lead to accidents. These accidents can be fatal sometimes, which can lead to permanent loss of lives too.

Surrender Singh, the sub-divisional magistrate at Manali, disclosed that about 250 vehicles have struck from tunnel to Dhundi.He further disclosed that about 40 vehicle 4×4 have been sent to rescue the standard tourist. He  said that DSP Manali along with police force is on the spot.

It is learnt that rescue clocked over eight hours. The last vehicle which was struck was rescued at about 1 a.m. on 30th morning.