Dharamsala: His Holiness the Dalai Lama graced the inaugural session of ‘SEE Learning: A Worldwide Initiative for Educating the Heart and Mind’, the two-day conference which started in Dharamsala today. The Dalai Lama spoke about the cultivation and benefits of compassion. He offered prayers and condolences upon the news of the demise of Gaden Trisur Rizong Rinpoche: the 102nd Ganden Tripa’s throne holder and a tutor to His Holiness.

The Dalai Lama Trust and the Centre for Contemplative Science and Compassion-Based Ethics at Emory University (Emory Compassion Center) are jointly hosting the conference. 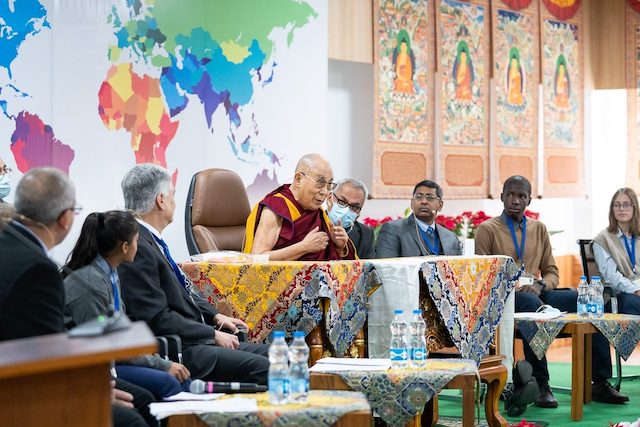 The Dalai Lama said, “We should live a compassionate life. And, if you do so, it will help you in this life, and at the time of death, you can also feel the positive vibes of your practice of love and compassion.” His Holiness further added, “My life is about practising the principles of Bodhicitta and the view of emptiness. By practising these as much as possible, I gain many experiences and insights that I share with others. That is the essence of my life”.

Addressing a gathering during an international conference in Dharamshala, Tibetan spiritual leader the 14th Dalai Lama said, “People are spending a lot of money on weapons so this is totally wrong. We have to think about creating a peaceful world, a compassionate world. So now people instead of paying more attention to external weapons are now paying more attention to internal weapons… in a way it is a weapon. “He said that genuine compassion is the best weapon to defend yourself and to bring other people down. Also to get the feeling that weapons are of no use so we really need to practice compassion… Everybody says world peace but world peace does not come from the sky. He added that genuine compassion is the basis of world peace and family’s peace, community peace, that is very important. 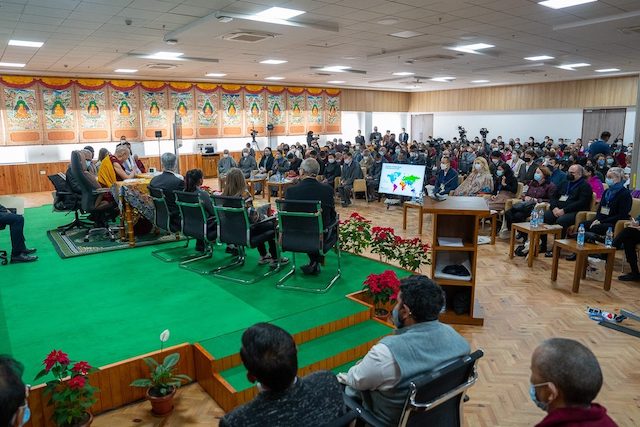