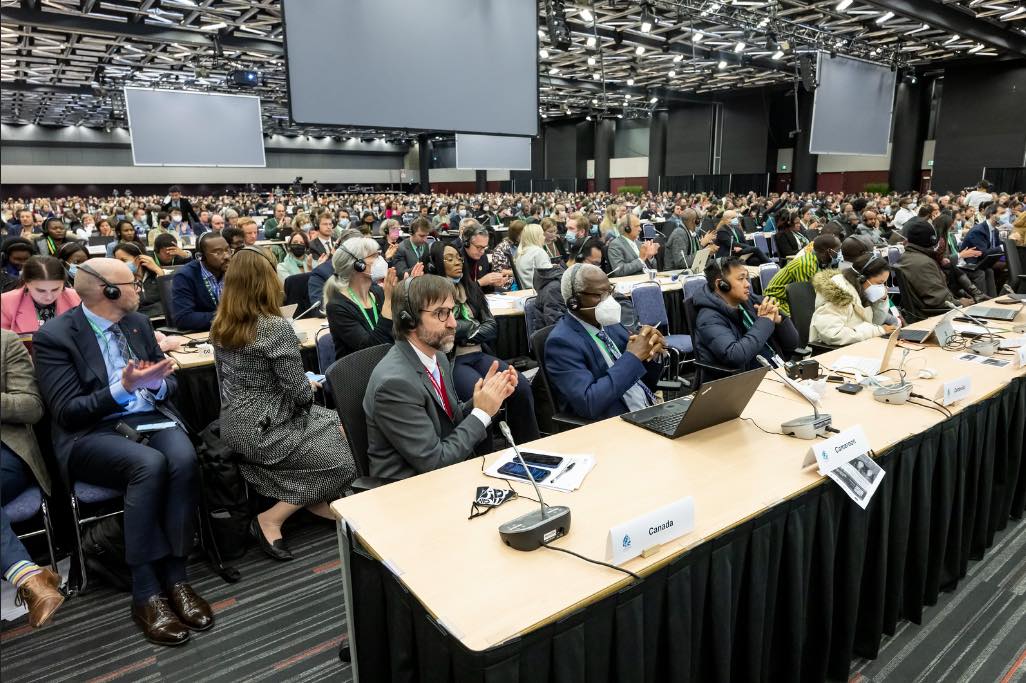 Montreal:The High Ambition Coalition for Nature and People celebrated the inclusion of a historic target to protect or conserve at least 30 per cent of the planet’s land and ocean by 2030 (30×30) in the UN Kunming-Montreal Global Biodiversity Framework approved on Monday at the 15th Conference of the Parties (COP15) to the UN Convention on Biological Diversity.

They immediately committed to a plan to work together to ensure the implementation of this ambitious global target.

This coalition, which now has 116 countries behind it, held a ministerial meeting to finalise the modalities of a new mechanism to support delivery of 30×30. 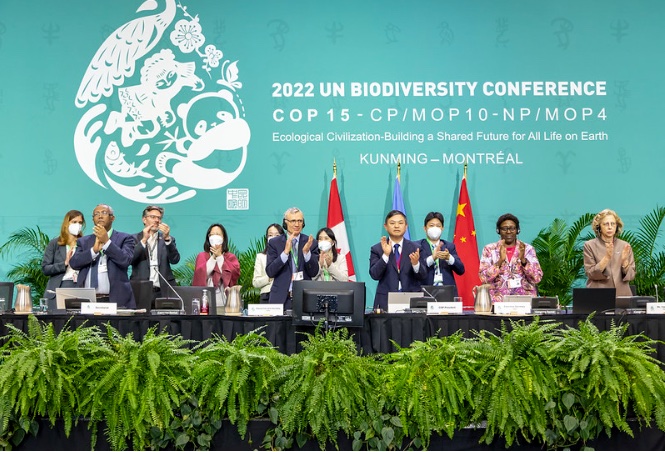 Co-chairs Franz Tattenbach, Costa Rican Minister of Environment and Energy, Christophe Bechu, French Minister of Environment and Ecological Transition, Berangere Couillard, French Minister of State In Charge of Ecology and Lord Zac Goldsmith, the UK Minister for Overseas Territories, Commonwealth, Energy, Climate and Environment at the Foreign, Commonwealth and Development Office on behalf of the UK met with the International Steering Committee members — Australia, Chile, Colombia, Gabon, Japan, Maldives, Nigeria, Norway, Seychelles, the United Arab Emirates and the US — to finalise and agree on the governance structures, the developed tools to deliver key activities, and the budget and partnerships arrangements in the implementation phase of the coalition, known as HAC 2.0.

The World Resources Initiative and the Global Environment Facility also signed an MoU as future hosts of the HAC 2.0.

The coalition committed to continue its partnership with indigenous people and local communities representatives in HAC 2.0 to achieve the 30×30 target, recognising the crucial role that they play in safeguarding nature and the importance of ensuring that protected and conserved areas align with human rights and well-being for people as well as biodiversity.

The Bezos Earth Fund, Bloomberg Philanthropies and Rainforest Trust — on behalf of The Protecting Our Planet Challenge (POP), a $5 billion commitment to protect and conserve 30 per cent of the planet by 2030 — pledged $3 million over the next three years to support the HAC 2.0 governance.

It will launch a critical new implementation phase of the coalition to help sustain political commitment and engagement, implement conservation plans, support capacity building and knowledge sharing, orchestrate technical assistance, and mobilise resources to achieve 30×30 targets around the world.

Bloomberg Philanthropies support is for the HAC’s 2.0 ocean 30×30 efforts and is part of the POP group’s $1billion ocean pledge made at the UN Ocean conference in June 2022.