Elections, through the instrument of black money, achieve what most govt. policies have failed to do for the last fifty years - the redistribution of wealth from the rich to the not so well off.

Sometime back it was reported by an NGO tracking election expenditures that roughly Rs. 50000 crores of black money was spent on one round of Parliamentary elections. To put the amount in perspective, this is equivalent to the annual expenditure on the flagship scheme of the govt.-viz. MNREGA ; to put it another way, it is equal to the annual budget of the Delhi govt., or two and a half times the Plan budget of Himachal. Its a fair estimate, what with more than five hundred seats being contested, a minimum of ten candidates per seat, and each candidate spending between five to fifteen crores. If one were to factor in the state elections, the amount would be staggering. Most of this is, of course, unaccounted or “black” money. This appears to reinforce the conventional wisdom that this scourge must be wiped out, that this is bad for the integrity of the democratic process and disastrous for the economy, that state funding of elections should be introduced to displace the black money currently utilised for the purpose. Now, the question as to why you and I should subsidise a bunch of crooks to grab power and make even more black money is a separate one, to which I hope to revert in the future. Right now, however, I propose to challenge the conventional wisdom and argue that black money in elections IS GOOD FOR THE COUNTRY AND THE ECONOMY and that we should stop beating our breasts and wailing about it. Of course, no economist will admit to this but then economists as a tribe admit nothing unless it is first approved by the World Bank or the IMF.

We must begin with the premise that Black Money, like Giriraj Singh or Mani Shankar Aiyar, exists-whether we like it (or them) or not, and will continue to exist even if it is eradicated from elections. Where does this money currently go? It is invested in real estate( where it drives up prices to unaffordable levels and has led to a housing shortage of more than 20 million units, most of it in the EWS category); in gold( leading to increased smuggling or/and imbalance in the Current Account Deficit) ; in money laundering ponzi type schemes like the staggering SAHARA ones ( where even the Supreme Court and SEBI have been unable to make them cough up the moneys); in Hawala operations or in Swiss bank accounts; or simply dumped in a locker or under a mattress where, I am told ( by erstwhile colleagues), it also induces a kind of Viagra-like effect. In other words black money either distorts the economy or simply lies around as an ” unproductive asset”, neither of which benefits anyone or the nation, though it may pump up the testosterone levels of some. 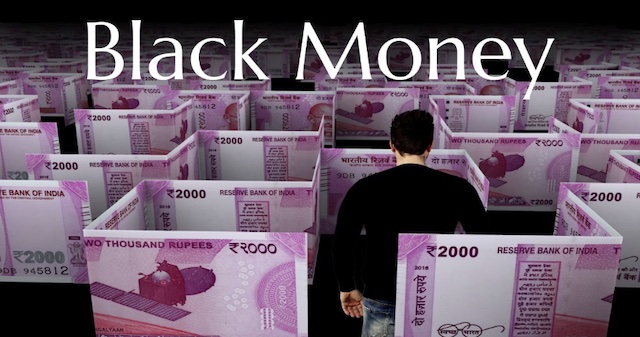 Come the elections, however, and this same black money (or at least 50000 crores of it) is unlocked and productively injected into the economy. Its use in elections is as diverse and ingenious as only an election in India can be. It is spent to employ ” party workers” and hire crowds for rallies, to hire all manner of vehicles ranging from bullock carts to helicopters, to acquire publicity materials-banners, stickers, posters, caps, T-shirts, to fund arrangements for public meetings, to distribute liquor, to hand out cash as bribes to voters. True, some of these uses are illegal but that is not the point of my discussion. True, some of this expenditure is in white money and reported to the Election Commission, but every Indian knows that not even 10% of the expenditure is reported or accounted for. A report in the Hindustan Times some years back stated that candidates generally reported such low expenditures that one CEC( now retired) had even proposed reducing the permissible expenditure cap! No sir, the life-blood of elections is black money and its not a bad thing at all.

Here is just a short list of its undeniable benefits. It creates ( albeit for just a few months) millions of jobs. If even half of this Rs. 50000 crores is used for hiring people then ( assuming a daily wage of Rs.300/) the elections lead to creation of 833 MILLION man-days! That’s almost the same as MNREGA, with the difference that this money is paid out immediately, not months later. The demand for various products and service lead to the indirect creation of even more jobs and other downstream benefits for artisans, factory workers, drivers, caterers, band wallahs, goons and so on. To cite just two examples: thanks to the trend set by the Aam Aadmi topi (cap) every major political party has now come out with its own version( and shade) of the Gandhi cap and a whole new industry has sprung up in the bylanes of Delhi, Kanpur and Bhopal churning out millions of these caps. This industry will only grow as AAP expands its pawprint. Ditto the demand for (and prices of) brooms both of which have gone up since Kejriwal elevated them to WMD status, benefiting ultimately the poor village women who collect the material for them. Even the five hundred rupee notes given to the slum family in exchange for its votes is a productive use of black money. There is a general fillip to the manufacturing sector- liquor, bottles, lathis, Rampuri knives, guns, vehicles- which is proved by the fact that this sector has actually shown a growth in the second quarter this year after many negative quarters ( remember, the Gujarat, Himachal and Delhi MCD elections have been held only recently).

Elections, through the instrument of black money, achieve what most govt. policies have failed to do for the last fifty years- the redistribution of wealth from the rich to the not so well off. The benefit of this in an acutely unequal country like India should not be under estimated. As long as the lucre is kept locked up it belongs to a fat cat, untaxed and unutilised. Its use in an election immediately transfers it to the working classes, without any protests from any one, or litigation: its a win-win situation because it is also the Holy Grail of all economic planning. Forget the legality of the matter, forget the Code of Conduct which is our own version of the Ten Commandments (and just as effective), and look at just the economics and you might just begin to agree with me. As Jyotiraditya Scindia explained to his followers: ” If you can’t beat ’em- join ’em!”

Indian elections are rightly lauded all over the world as a “celebration of democracy”: they are an unending carnival, what with Bollywood like roadshows, rallies, band, baja and even the occasional barat, much joie de vivre in resorts where MLAs and MPs are remanded to political custody, stalls outside polling booths selling everything from tea to fake IDs, people in all kinds of costumes and masks, posters adorning every tree and lamp-post. The EVMs may be rigged, the candidate you voted for may defect to another party on the morrow, the votes counted may be twice the number of votes polled, but it’s all great fun and a good time is had by all! But- and this is my point- none of this excitement would be possible without black money, the life blood of this raucous exercise of our franchise, of which we can be justly proud.

Which is why I oppose the Prime Minister’s proposal to have One India One Election: it’s not good for the economy and it takes the fun out of life. The more elections we have, the more the redistribution of wealth and generation of jobs. Let us admit it- what armies of economists, ED and Income Tax sleuths, planners, RBI Governors and Chief Economic Advisors could not achieve in 75 years has been done by the Indian politician. He deserves a statue all to himself outside the NITI Ayog building- why, we could even give it an appropriate name- THE STATUE OF IMPUNITY.

Frankly, if you ask me it’s time to request the Election Commission to ban the use of White Money in elections.