Delhi Police have busted an interstate syndicate involved in smuggling of contraband drugs like Charas in Delhi and its peripherals.

The accused was identified as Rajesh Kumar, 30, a resident of Khanna Khurd near Ludhiana in Punjab.

With the arrest of the drug trafficker, the Delhi Police’s Special Cell on Wednesday claimed to have unearthed an interstate syndicate involved in smuggling drugs in Delhi and its peripherals. 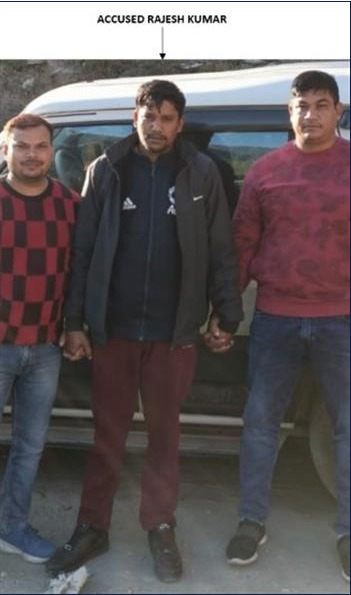 Himachal Pradesh’s Malana is known for the production of charas or hashish.

Police said that the syndicate has sold over 45 kg of ‘malana cream’ worth over Rs 28 crore in Delhi-NCR and Uttar Pradesh in the last three months.

According to Pramod Singh Kushwah, the Deputy Commissioner of Police (Special Cell), in the second week of November, an information was received that members of a drug cartel based in Kullu, Himachal Pradesh are supplying huge quantity of narcotic drug “Malana Cream (A-grade Hashish)” to drug traffickers in Delhi and Uttar Pradesh for rave parties.

“Acting on the information, a police team was tasked with the investigation. Intelligence revealed that one Rajesh was trafficking drugs to the Capital and UP. To bust this racket, manual and technical surveillance was mounted and informers were deployed at various places in Kullu and Delhi,” said Kushwah.

On December 9, specific inputs were received that Rajesh had received a huge quantity of malana cream from a supplier based in Kullu for further delivery in Delhi and Uttar Pradesh in a Bolero pickup.

“We also got inputs that he will deliver hashish near Radha Krishan Mandir, GT Karnal Road near Alipur. Accordingly, a trap was laid and Rajesh was apprehended. During search, 10 Kg of high quality party drug hashish was recovered from a bag and remaining 20 Kg of this narcotic drug was found concealed in a spare wheel kept in the vehicle,” said Kushwah.

On interrogation, it was revealed that about six months ago, Rajesh came in contact with a drug trafficker based in Kullu, who employed him for supplying drugs to Delhi-NCR and Uttar Pradesh.

“For each trip, Rajesh would get Rs 12,000 per kg. In the last three months, he had brought 45 kg of narcotic drugs from Kullu, and delivered the same to various receivers based in Delhi/NCR and UP,” said the DCP, adding that efforts are afoot to identify and apprehend the supplier and receivers of drug.