State government officials said on Sunday that this is the fourth farmer producer company with the first one in Chopal in Shimla district that largely comprises apple growers.

The government aims to increase the number of such companies to 10 — a major step towards doubling the farmers’ income.

Ahead of the launch of farmer producer companies, the farmers were motivated to switch from chemical farming to non-chemical, low-cost and climate-resilient natural farming. For this, the technical know-how by Prakritik Kheti Khushhal Kisan Yojana (PK3Y), a state government initiative to shift towards natural farming techniques, plays a crucial role.

The launch of farmer companies in the state, whose economy largely banks on horticulture and agriculture, is a significant step for agricultural transformation, the process that leads to making farming commercially viable and strengthening interlinkages with other sectors of the economy.

To begin with, the Solan Natural Farmer Producer Company has 10 primary shareholders, comprising five women farmers as director, and some 60 farmers growing a range of vegetables and fruits and making dairy products.

Likewise, three other all-women farmer producer companies have been launched in the state. They are based in Chopal, Pachad and Karsog areas, paving the way for sustainable food systems platform for natural farming.

The platform, working on mutually beneficial producer-consumer linkage with universities, is playing a significant role in the value addition of natural produce in collaboration with farmers.

Dr Y.S. Parmar University of Horticulture and Forestry Vice Chancellor Rajeshwar Singh Chandel, who was nominated last month as a member of the advisory committee for the promotion of natural farming by the Union Ministry of Agriculture and Farmers Welfare, played a crucial role in conceptualising the platform for natural farming.

Responding to the launch of all-women farmer producer companies, Prakritik Kheti Khushhal Kisan Yojana Project Director Naresh Thakur told IANS, ‘It is a step towards transformation of farmers to businessmen. It is a good development that women farmers are emerging as leaders, whether it is about adopting natural farming technique or forming a farmer producer company to market the chemical-free produce.’

He said the sustainable food systems platform will support the farmer producer companies with logistics and technical know-how.

Most of the women farmers associated with natural farming in the Solan block are matriculate, but are motivated to make a difference.

By switching to organic farming, Solan Natural Farmer Producer Company Chairman Radha Devi, 41, told IANS, ‘A shift to natural farming technique has been the first step to save our agriculture from chemical-laced farming, environment and self from so many diseases.’

‘Coming together on one platform by forming a company for collective marketing of the natural produce is the second step that will help us getting better prices and enable the farmers to grow as entrepreneurs,’ she added. 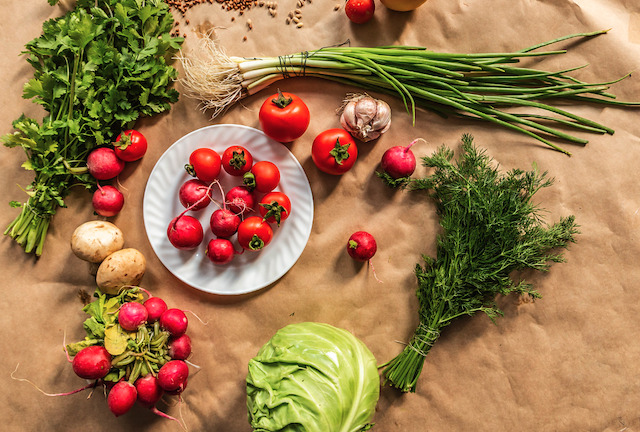 Sharing her success story, an elated Devi from Koti village said that she shifted to natural farming in 2019 after seeing its success in adjoining Dugri village.

‘The women in Dugri village were taking multiple crops in the same field without using any chemical fertilizer or pesticide. I also got the training under PK3Y and adopted the practice of natural farming,’ she added.

It has cut the family’s dependence on the market, reduced the cost of cultivation by roughly 70-80 per cent and has enriched her with knowledge and exposure. ‘Above all, my produce is now chemical free, healthy and nutritious.’

The women farmers in the Solan area grow so many vegetables with natural farming techniques and also make milk products.

The first consignment of natural produce apples from Chopal in Shimla district was flagged off from Dr Y.S. Parmar University of Horticulture and Forestry by state Agriculture Secretary Rakesh Kanwar on August 26.

A spokesperson for the Nauni-based university told IANS that 225 boxes were dispatched Delhi, while 150 crates have been kept with the university for value addition, a step towards the collective marketing of fruit-based products like juices, jams, pickles or wines.

Kanwar told IANS that the farmers have a tedious task ahead now to run the farmer producer companies with a professional approach.

‘The government can support them initially, but ultimately the farmers will have to reduce their dependence on the government and improve their capacity to make successful business models.’

He said a pact has been signed with NABARD, which provides some support to farmer producer companies in initial years.

PK3Y Project Director Naresh Thakur said that they have a target of setting up at least 10 farmer producer companies.

He said it is a step towards the transformation of farmers into businessmen. ‘If the farmers can provide private land or easily transferable government land, collection centres for natural produce could be worked out.’

Vice Chancellor Chandel said the university is open to providing all technical assistance to the farmers. He said the university’s Department of Food Science and Technology is helping to process the low-grade apples brought from Chopal into juices and other value-added products.

Chopal Naturals Farmer Producer Company Chairman Vinod Mehta said that the company will target getting more and more farmers engaged in natural farming, even from different regions, and move into different fruits and vegetables so that the buyers could be provided with natural produce throughout the year.