Nothing reveals better the depths to which we have sunk as a nation and a polity than the remission granted to the 11 convicts in the Bilkis Bano case, and the events surrounding this depraved decision. One can’t help but notice that the muted reaction to the release of these rapists/ murderers is in sharp contrast to the nation wide eruption of outrage in the Nirbhaya case in 2012- a telling indication of how badly institutions and civil society have been battered and defenestrated by the government, judiciary and media in the last eight years, and how brutalised we have become.

In 2012 one rape and murder had brought the country to a standstill, with tens of thousands protesting on the streets of Delhi and other towns. But- and here is the difference between the two types of governments- they were allowed to protest without any police brutalities, the victim was flown to Singapore for treatment, the then Prime Minister went to meet the victim and her parents, the accused were tried and executed, a judicial commission was set up to suggest improvements to the relevant laws, and these were promptly amended by Parliament. The Nirbhaya episode was a tragic and condemnable one but the then govt. reacted with sensitivity and responsibility, the judiciary tried to repair the damage, and civil society rose up to the challenge. Compare this with today, the Amritkal of Naya Bharat.

This has to be said: the Supreme Court has not covered itself with glory in this remission case, and continues on its downward moral slide to irrelevance. To correct the bhakts and the BJP’s IT cell, the SC has NOT ordered the release of these 11 convicts, that was done by the Gujarat govt. But it has facilitated their remission by the kind of illogical orders we are now getting used to. I am no jurist, for I have long ago given up trying to make sense of the vagaries of Indian jurisprudence, but I do retain some common sense, and this tells me that without two orders of the apex Court even this apology of a government in Gujarat could not have released these dregs of society with such alacrity and cynicism.

One, the SC overturned a decision of the Gujarat High Court and ordered that the decision for remission had to be taken by the Gujarat, and not the Maharashtra, government. This is inexplicable. Remember, it was the SC itself which had ordered earlier that their trial should be held in Maharashtra and not Gujarat since conditions in the latter state post 2002 were not conducive for a fair trial. ( This is just legal gobblydook for ” Bilkis Bano would not get justice” in a communally surcharged Gujarat). These 11 were tried, convicted and sentenced in Maharashtra, and it was the Bombay High Court which confirmed their sentences and rejected their appeals. Both legal logic and basic common sense dictated that the issue of remission should also have been decided in Maharashtra, and not Gujarat. This would have been in accordance with the 2016 judgement of a five judge bench of the SC in Sriharan. How could a two judge bench now overrule a larger bench?

Was the SC unaware of the fact that nothing has changed in Gujarat, at least as far as Muslims are concerned, since 2002 ? That the same rabid political party is in power there ( and, as a bonus, at the Center too)? That this party post 2002 had tried everything to save these same accused and that its police had even filed a closure report in this case? That it was the then SC itself which had transferred the case to CBI precisely because it did not trust the state govt.? That witnesses in this case had been constantly complaining that the accused/convicts had been threatening them, even to the point of doing away with them? ( The Indian Express, in a report dated 22.8.2022 has given details of written complaints made to the Minister, Collector and SP between 2017 and 2020). That the administration had not acted on any of these complaints? That all parties in this case- victim, witnesses, accused- all belong to the same village, Randikpur, and therefore the release of the accused would make the lives of the victims and witnesses a nightmare?

Even a child could see that the government in Gujarat would be biased in deciding on the remission applications. And yet the Supreme Court ordered that the decision would be taken in Gujarat and not Maharashtra where the trial had taken place. This was Error no. I.

Error no. 2 was the Court’s decision that the state Remission Rules of 1992 would apply, not the Center’s Regulations of 2014, because the former Rules were in existence when the offence was committed. This eminently suited the convicts and the state govt. because the 1992 Rules did not expressly bar rapists and murderers from getting remission, whereas the central Rules of 2014 did. The ratio decindi for the SC’s ruling, however, will not convince any reasonable person that this was the right decision.

For the cause of action here was the Remission, not the Crime: since the remission was being decided in 2022 ( and not before 2014) therefore the 2014 rules should have been applied. Remission is always considered with reference to the present, and not the past: the convicts’ behaviour and conduct, their families’ pecuniary circumstances, the social context, the impact the release would have on society TODAY . Penology and behavioural science are evolving subjects, as are society’s attitude to the punitive versus correctional debate, and to freeze it at a point in time thirty years in the past defies logic. 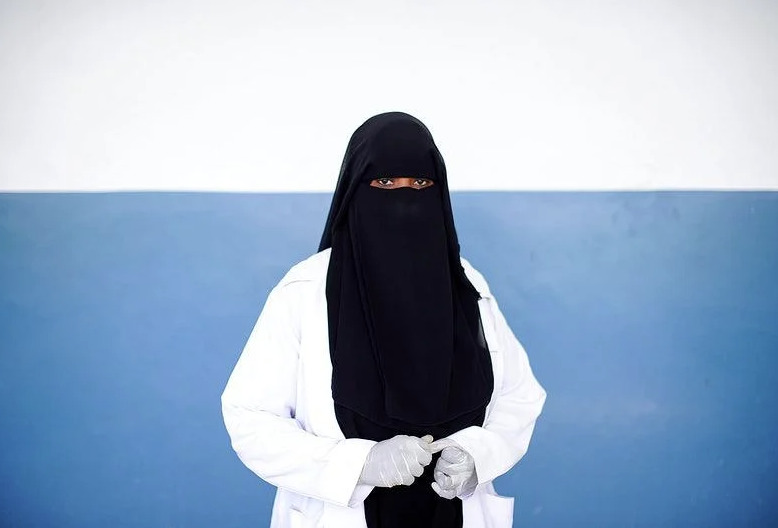 I also find it hard to understand why Bilkis Bano was not made a party in this case by the SC before it took a decision. Should the victim not have been heard before deciding whether to consider release of the people who had destroyed her life? Nowadays the victim is heard even when accused apply for bail; for remission, therefore, the bar should be set higher, not lower.

Which is why it is my view that these two decisions of the Supreme Court have unwittingly facilitated and made easier the release of these murderers and rapists.

Unsurprisingly, there has been not a word from the central or state governments so far: of 11 women Ministers in the Union cabinet not one has cared to comment on the matter. There has been no transparency in the decision making process. We still do not know the reasons for the release, other than the statement of a BJP law-maker that the convicts are ” sanskari Brahmins”, their conduct cannot be faulted and that he is not convinced of their guilt. We still do not know whether the CBI was consulted on the matter, a legal requirement since the case was prosecuted by this agency. We do not know whether the convicting judge was consulted, as is required by law and convention. We do not know whether the CBI intends to challenge the release in court. The governments at both the Centre and the state have not spoken, and are unlikely to, unless forced by the courts.

The greatest comedown, however, has been the reaction of our society and polity at large, the best indicator of why we have been dubbed a ” failed democracy” and a human rights black hole. There have been a few critques on social media, including Justice( Retd) UD Salvi, the then Sessions Judge who had convicted the eleven. But the darbari media has maintained its usual selective silence, the crusader of 2012, Arvind Kejriwal, has yet to say a word, most Opposition parties are in mute mode. As Mahua Moitra asserts in a recent article, we all risk becoming collectively complicit in this desecration of the rule of law and smothering of our conscience. But the supporters of the new Hindu rashtra have spoken in no uncertain terms. The released convicts have been garlanded and offered sweets by the VHP acolytes in full public glare, in a flashback of a Union Minister from Bihar offering sweets to the alleged killers of a Muslim man some years back. The troll army continues with its sickening whataboutery of minority appeasement in an earlier dispensation, and killings of Pundits in Kashmir. The Whatsapp and Twitter HUFs ( Hindu Undivided Families) continue their blind support of any action of this govt.

But I do not wish to be too harsh on society at large. The lack of widespread outrage is , in a way, understandable. Our current rulers brook no dissent or public protest and are ever willing to deploy brute violence to quell them, as the anti-CAA protests have shown. The space for public protest has become a minefield, seeded with draconian laws- sedition, UAPA, Gangsters Act- and ruled by the bulldozers. Social activists and NGOs – who led the 2002 and 2012 agitations- are dissuaded by the fates of Teesta Setalvad and Himanshu Kumar, the judiciary’s own warning to those who seek justice against a rampaging executive. Seeking justice these days is fraught with risks, both within and outside the courts.

We are on test as a nation and as a civilisation: who will give justice to Bilkis Bano ? The executive will certainly not, the media will not take up her cause, civil society has been either won over or bludgeoned into silence, political parties no longer stand by principles. There is only one recourse left, the last recourse in a democracy- the Supreme Court, which now has before it a challenge to the remissions, filed by Suhasini Ali of the CPI and Mahua Moitra of the TMC. It is the final custodian and guarantor of the rule of law. The country is now invoking that guarantee and pledge, and the Court has to demonstrate that it will be honoured, that it is not just a line written on the shifting sands of time.