If there is one quality Indians cannot be accused of, it is the ability to be sensitive- to the feelings of others, to the environment, to civic decencies, to social mores. One has only to look at their behaviour in public places or even a familial setting, to realise how true this statement is, unpalatable as it is. And the higher up the pecking or social order one is, the more insensitive one is.

But a new, paradoxical dynamic has emerged over the last eight years or so- this crass insensitivity is now blended with an obnoxious oversensitivity to matters relating to one’s own religion ( not that of others), creating a toxic broth whose fumes are choking the life breath of this nation. And all this is being done under the shadow of a tattered Constitution, justified by the “rule of law”, encouraged by all four so called pillars of democracy eaten away by the termites of the seven sins. 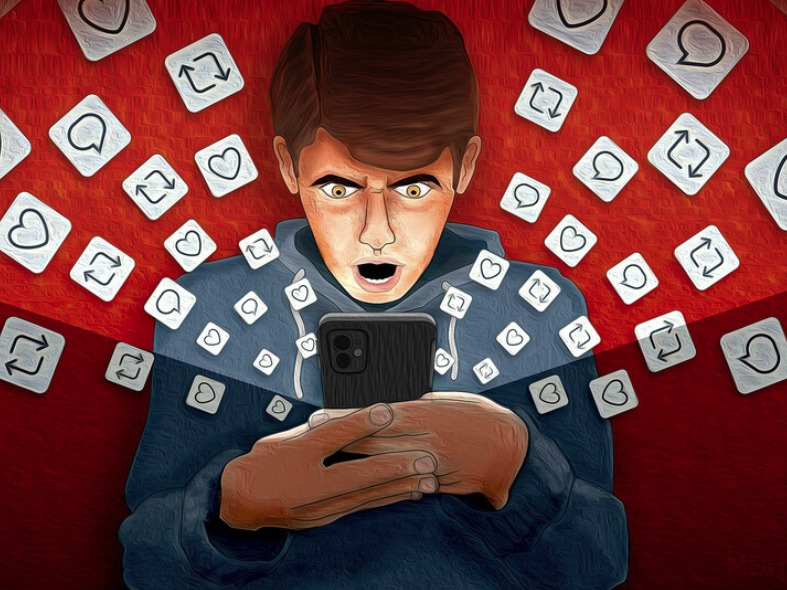 We could all hear the chewing of these termites these past years but matters have now come to a head post the Nupur Sharma episode. The taking of offence has now reached pandemic proportions; not a day goes by without a dozen FIRs being filed for “hurting the religious feelings” of worthies who have suddenly discovered that a police complaint is one sure fire way of emerging from their miserable anonymities. More FIRs are filed for “inciting hatred”, as if any further incitement were necessary in a social environment brimming with the bloody thing. This phenomenon applies to both the major communities, is assiduously encouraged by the ruling dispensation and other political parties, made use of by a darbari media to churn out even more profits, and allowed to fester by a judiciary which is either complicit, pusillanimous or confused, or all three.

It is bewildering for your ordinary citizen like me, brought up to believe that we live in a secular democracy, where the organs of government behave responsibly and act in accordance with the law. How does one reconcile these ( perhaps naive) beliefs with beheading threats, demands for arrests for showing a deity with a cigarette in a creative genre, rejection of bail for tweeting a still photograph from a 1983 film by one of India’s most renowned Directors, lodging of multiple FIRs against a Parliamentarian for saying that her Goddess eats meat or drinks alcohol ?

This is a collective madness, a viral insanity spurred on by the government of the day, assorted “leaders” of various communities, and a police which is looking more and more like the private militia of whichever party rules in a particular state. The only possible antidote for this disease is the judiciary but its recent erratic, inconsistent and biased orders indicate that it is not up to the job, and may even be making matters worse by giving legitimacy to the actions of the rulers and the dominant community. It may be making the virus stronger, not weakening it.

Looking for some explanation for this suicidal behaviour, I came across a recent interview with the author Amish Tripathi on India Today which made a lot of sense. Tripathi states that every society craves for an equilibrium of religious beliefs. This can be achieved either by all religions respecting each other, or by all religions equally disrespecting the others. The former ensures a harmonious social order, the latter a chaotic and violent society. Till recently India was fortunate in having the former, notwithstanding the occasional communal riot, but over the last few year we seem to be moving towards the latter, negative equilibrium. I agree with his assessment, the only one so far which makes any sense.

But I have certain caveats, which perhaps better explain his basic postulate. The negative equilibrium Tripathi talks of- all religions equally disrespecting each other- sounds very much like the concept of MAD- Mutually Assured Destruction, where the equilibrium is reached only when the opposite forces are equally balanced, as with the nuclear deterrent of countries. But attaining this equilibrium in a country where there is a marked numerical imbalance between religions- 82% of the population versus 14%- is not possible through the certainty of mutually assured destruction, especially when the state favours the majority. Any effort to do so can only result in large scale violence, civil disorder and worse. This can only be a recipe for a dangerous disequilibrium, not equilibrium.

The only solution is to strive towards what our Constitution envisages- Tripathi’s first equilibrium- mutual respect , not mutual destruction. For this we need an enlightened political leadership, an objective media, a proactive judiciary not afraid to do its job, a bureaucracy which works for the citizens, not the ruling party. But most of all, we need a society and citizenry which stops feeling offended on the slightest pretext. To help this latter process we need to do away with outdated laws like the IPC sections 153A ( promoting enmity between different groups) and 295A ( outraging religious feelings) which only incentivise the propensity to feel offended. They also provide a handle to the police to persecute anyone they wish, as the case of Muhammad Zubair shows.

Most developed and progressive countries have done away with such laws, even if they once had them in the first place. They are disturbingly close to the Abrahamic tenets of “blasphemy” and, if not repealed, will only Talibanise our eclectic, broad minded society and cultural traditions. We are being pushed further and further down this dangerous path with each fresh FIR that is filed and each ambiguous decision of our higher courts. They have no place in a civilised society, for they can lead to ridiculous outcomes- just last week a man in UP was charged with wrapping non-vegetarian food in a newspaper containing pictures of Hindu gods, while in Assam a person was arrested for dressing up as Shiva in a street play protesting against price rise ! Such instances only confirm that as a society and a polity we are not yet mature enough to handle such draconian laws; it is like giving an AK47 to an eight year old child and then expecting him not to fire it.

I am of the firm belief that neither Nupur Sharma nor Leena Manimekalai, and certainly not Zubair Mohammad or Mahua Moitra, deserve to be prosecuted or arrested for their statements, even if some people find them offensive. Their utterances are in fact a reaction to a toxic sub-culture that has been deliberately created for political benefit. Religions through the ages have evolved and reformed themselves through a process of questioning and debate; some have even branched off into different schools. If this dialogue is stopped by criminalising every statement or observation then there will be no scope for improvement. This regressive trend must be countered by erasing the ecology of hatred and anger before all space for rational discussion and questioning is extinguished. We would do well to remember the wise words of George Bernard Shaw: ” All great truths begin as blasphemies.” If we have to feel offended, let us be offended instead by the poverty, unemployment, rising costs, environmental destruction, child malnutrition, gender imbalance, exploitation of tribals, the declining democratic values, the erosion of our institutions of governance and pathetic state of our media and judiciary that is rapidly taking us down the global rankings. There are indeed plenty of things in our nation to take offence at , but religion is not one of them.