I don’t like, or trust, coincidences and believe there is no such thing as a coincidence if something happens again and again.. In fact, I’m one with the Japanese cartoonist Osama Tezuka when he says: “Coincidence doesn’t happen a third time.” This thought is clarified even further by Ian Fleming: “Once is happenstance, twice is coincidence, three times is enemy action.” Okay, maybe not enemy action when it comes to India’s superior judiciary, but certainly a disturbing pattern which merits a slightly more detailed response than the customary “Oh, shit!” which the morning papers usually evoke these days.

Was Friday the 24th of June, 2022, a day of coincidences ? I ask because on this day the Supreme Courts of the world’s two largest democracies gave two judgments that are an assault on human rights, individual choice and freedom and, in the words of an eminent lawyer, have “stood the Constitution on its head.” On this black day SCOTUS (Supreme Court of the United States) decreed that women did not have a fundamental right to abortion and that it could therefore be declared illegal. The same day our own Supreme Court created constitutional (unconstitutional?) and juridical history by declaring a petitioner (in a case in which more than a thousand people were murdered) as a conniving accused and practically ordering her to be arrested, which an ever obliging Gujarat police did the very next day. 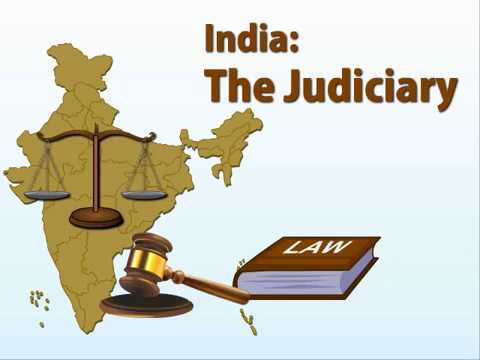 The problem, however, is not with just these two judgments, fatal as they are to human rights and democracy. The real danger is that these rulings may not be just coincidences but portents of a radical ideological change, part of a pattern of illiberalism which began with Trump in the USA and with the NDA in 2014 in India. That they are not isolated, stand alone rulings but only the latest in a chain of similar rulings. That they are indicative of the fact that it is not just political governments that are swinging to the extreme right across the world, but also their judicial organs. Actually, “extreme right” is a euphemism- the swing is towards majoritarianism, revisionism and absolutism.

Take the USA first, before we come to our own benighted country. Jurists there are worried that, ever since Trump packed SCOTUS with right wing “conservatives” the court has veered more and more to the right and is becoming anti-liberal. In two previous judgments it has diluted the Voting Rights Act, disenfranchising hundreds of thousand of voters; just recently it has struck down a gun control law that mandated stricter background checks. Overturning Roe Vs Wade on the 24th of June was the third strike that Tezuka was speaking about. The pattern is all too clear, and enlightened citizens are worried that other hard-won individual rights could be next on the block: access to contraception, gay rights, same sex marriage. There are no coincidences here, just subjective biases of judges parading as law.

We in India are in an even worse place because at least in the USA the government of the day and SCOTUS differ with each other on these matters, but in India the two appear to be on the same page, a “double engine” in current parlance, taking us to stations not envisaged in our liberal Constitution.

The 24th June ruling on Teesta Setalvad, as with the SCOTUS rulings mentioned, is no coincidence. It was a cluster bomb waiting to happen. It has been preceded by other controversial judgments that have made the government happy: Rafael, Ram Mandir, bail under UAPA, Pegasus, Bulldozer, Hijab, just to mention a few. These judgments clearly indicated that the nation was on a one way road to a fundamentalist autocracy. If further proof were needed, it was to be found in those cases which the Supreme Court has NOT taken up: habeas corpus, challenge to UAPA, Electoral bonds, reorganisation and vivisection of Kashmir. In the absence of any explanations for these delays, one would be justified in assuming that since these could be road blocks to the executive’s political vision so it is best to avoid them and to take a detour. The Teesta Setalvad ruling is our own third strike, as it were.

It is an unconscionable judgment and deserves the criticism it has attracted from former judges, eminent lawyers, international organisations and civil society. I will not go into the merits of the dismissal of Zakia Jafri’s petition because many others more qualified than me have done so, and find even this puzzling ( like some of the other rulings mentioned in the previous para). What concerns me as a member of India’s civil society ( or what remains of it) is the fact that a constitutional institution which is created to provide justice has now taken upon itself the job of lodging FIRs against a petitioner seeking justice !

By stating that Setalvad and ” all those involved in such abuse of process need to be in the dock and proceeded with in accordance with law” the Court has provided a handle to the government to continue its vendetta against her. How can any assistance to an 82 year old petitioner, whose husband was murdered and who has been waging a lone battle against an all-powerful govt. for 20 years, be termed an abuse of process or a conspiracy ? How could the Court have forgotten that, in its own earlier judgments related to the Gujarat riots, it had found that it was the executive which was indulging in abuse of process and had consequently transferred hundred of cases out of the state ? Did it not recollect calling the then rulers of Gujarat as “modern day Nero’s” ? That it was this same Court, distrusting the state govt’s intentions, which had ordered the setting up of an SIT ? That it was this same Teesta Setalvad and other human rights activists like her who had ensured that Bilkis Bano received justice after struggling for 15 long years? That it was her efforts, and not those of the Gujarat govt., which had resulted in dozens of convictions, including that of a Cabinet Minister of the then state govt.? Surely, Setalvad’s credentials deserved some consideration ?

The entire history of the 2002 carnage and its aftermath throws up one irrefutable lesson: that even the limited justice delivered so far would not have been possible without the unremitting efforts of human rights activists, workers and campaigners. And yet, the Court has now termed them as conspirators with “ulterior designs” whose only aim is “to keep the pot boiling”, and has ordered that they be punished. This travesty of the judicial spirit, this telling the state to arrest an individual who has dared to challenge it, has been described by the noted lawyer and legal scholar, Gautam Bhatia, as a “constitutional innovation.” At one fell stroke the Court has defenestrated all human rights organisations and workers who can now be legitimately prosecuted for taking up cases against the govt. This single judgment will do more harm to the human rights ethos of India than all the coercive actions of the NDA govt. in the past eight years.

As Anand Yagnik, a senior Advocate from Gujarat, says in a quote to THE WIRE: “The order is constitutionally, ethically and legally improper.” The Court has exceeded its jurisdiction, there was no reason for it to have gone beyond dismissal of the petition, judges should exercise restraint given the import of every word that they utter. This need for caution has been very well expressed by the Chief Justice of the US Supreme Court, John Roberts: “If it is not necessary to do more to dispose of a case, then it is necessary not to do more.”

If the intention of the Court was to effect the arrest of Teesta Setalvad, then, as (retired) Justice Madan Lokur told Karan Thapar in an interview- “Heaven help us !” This judgment confirms my point, given the other rulings in the recent past, that our courts are becoming less liberal, are averse to taking on the executive, and are interpreting the Constitution in ways not seen before. They are moving to the ideological and political right, and it is no consolation that the same thing is happening in many other democracies including the USA and the UK (the approval to extradite Assange to the USA). It is not only the Indian land mass that is drifting towards doomsday – our Constitutional drift to the right can do more damage in the long run than the Continental drift.