This is the century of Private Capital. While governments involve themselves in waging wars and making life as difficult as possible for their citizens, it is the private sector that is pushing forward the frontiers of economic development and spawning the innovations that will make life sustainable in the years to come. It is private enterprise and entrepreneurship again which is (happily for all of us, but mainly for the double A engine) ensuring that governments are becoming more and more irrelevant to the life of the common citizen- whether it is Twitter and Facebook for information sharing, or Dupont and Suzlon for renewable energy sources of the future, or Amazon and Ali Baba for creating freer markets, or Baba Ramdev and the Sad-guru for conning us. It should surprise no one, therefore, that McDonalds and Coca Cola have conquered more countries than all of Mr. Biden’s armies, or that the combined “Brand values” of just four companies- Apple, Google, Coca Cola and IBM is more than the total foreign reserves of India!

In this changing environment, therefore, Mr. Modi is spot on in stressing the primacy of the private sector in developing the country’s economy, in sectors as diverse as defense production, power, infrastructure, tourism, food processing, housing and so on. But he appears to have neglected one critical sector which of late has become a magnet for powerful politicians, bureaucrats, corporates and well connected criminals, a sector which is like, pardon the pun, a “holding” company for all kinds of dubious operators. I refer, of course, to our prisons.

I owe this path-breaking realisation to a very close friend of mine who is a successful hotelier in Shimla. Looking around for his next project, his usual fertile imagination bolstered by a couple of single malts, he voiced the desire to build a five-star hotel in Tihar Jail of Delhi, exclusively for its convicted inmates (or at least those who could afford to pay for it, which would include the top 1% of our population). If this idea sounds crazy to you, just list out the crazy ideas of a few decades ago which now go by brand names such as Gillette, KFC, Otis, Hoover, Ford, Frigidaire, Durex, or by product names such as submarines, steam engines, telephones, airplanes, razors, vaccum cleaners, even the humble condom for God’s sake! To slightly alter a Shakespearean phrase- those whom the Gods would make billionaires, they first make crazy.

The more I think of a luxury hotel in Tihar the more sense it makes to me. After all, prisons in the USA and UK have been handed over to private companies for their running and management, and even Tihar has its own snacks making division, a furniture unit and even a food-court, all under the brand name “TJ” (the brand is admittedly not yet a household name, but that’s because they haven’t yet invited Salman Khan to be its brand ambassador. That may change, however, if he is sent to Tihar in the black buck case). Why not then a franchised hotel? Having acquired a Diploma in Marketing Management during my frequent spells of under-employment in service, I even examined the idea on the crucible of the three hallowed P’s of marketing- Product, Price and Promotion- and found it a winner on all counts. Let me share this with you. 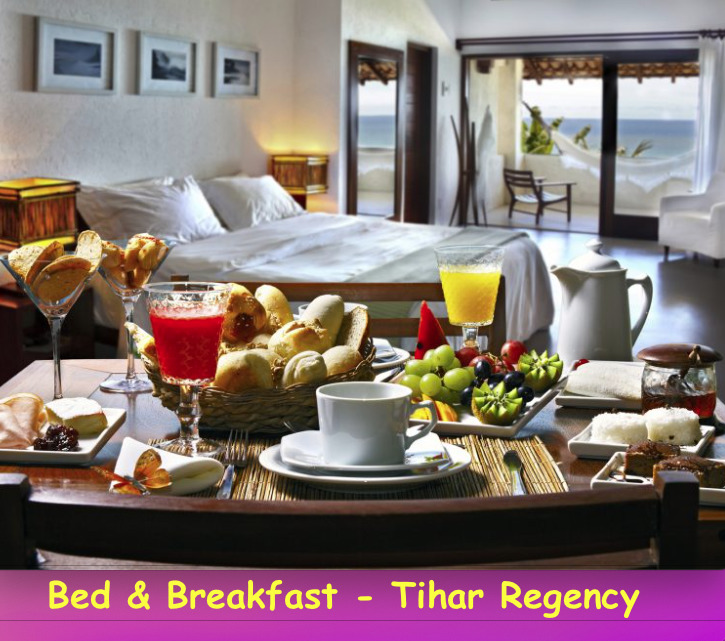 There is no doubt at all that there is a niche and unmet demand for this product i.e. a five star hotel in Tihar Jail. Firstly, with “Opposition Mukt Bharat” now becoming a Directive Principle of our Constitution, the list of erstwhile VIPs gradually lining up for admission to Tihar is growing by the day. These include politicians who offend Mr. Amit Shah’s aesthetic sense and Mr. Modi’s sense of his own destiny, real estate barons, company directors who misconstrued “cash in hand” as “hand in cash”, bank managers who thought their NPAs could be cured by a sexologist, billionaires forever immortalised in the Paradise and Pandora papers, bureaucrats who felt that their fat pensions did no justice to their talents. This list may become larger if the BJP were to lose some of the elections scheduled over the next two years, and may then also include some assorted monks, vocal members of the Sant Samaj and a few party spokespersons and television anchors who need a rapid course on defamation and hate mongering. And of course, how can we forget those worthies who were/ are already ensconced in Tihar or other jails, earning loyalty reward points- Sahara Shri, the Unitech and Supertech honchos or those like Mr. Mallya, Nirav Modi and Choksi whose reservations have already been confirmed but they refuse to show up, like the bad sports they are.

Demand for this product has never been higher since the country gained its independence in 2014. The flavour of the season is that fulcrum of the Indian justice system- the F.I.R or First Information Report. We have done to it a reverse engineering even the Chinese would be proud of- arrest first and look for the relevant offence later. Consequently, we now have an Amazon type End of Reason, discount sale on FIR’s- hundreds on offer every day if you feel offended, hurt or outraged by something said, done, thought, dreamt or tweeted. The number of people being railroaded into our jails these days is growing at a rate even faster than Mr. Adani’s billions.

These gentlemen would pay anything to be provided in Tihar the comforts they are used to- this is the nub and heart of my friend’s brilliant concept. Right now they get barely a fraction of the luxuries they desire, and that too by devious means-false medical certificates to obtain parole or to get admitted to super speciality hospitals, generous contributions to the jailors’ post retirement corpus for special favours such as special VIP cells and servings of biryani, killing off a relative now and then in order to attend the funeral, simply to get out for some time.

All this poses a massive headache for the courts and the governments. Very soon, other than the real estate dons and corporate bankruptcy specialists, there will be other corporate honchos wanting to sell their assets to get bail or liquidate their loans or to pay their fines- how many corporate offices can Tihar be expected to provide on the Sahara model? It is, after all, a jail and not the World Trade Center. No indeed, this is a deluge that the government cannot counter by itself- it needs the services of entrepreneurs like my friend from Shimla.

A luxury hotel in Tihar would resolve all these problems at one stroke- five star accommodation, multi national cuisine, all corporate facilities, wi-fi, access to hawala accounts. Why, now that the courts are inclined to declare conjugal rights as a fundamental right even for a convict, the demand for honeymoon suites too is bound to, well, rise.

Just consider the other benefits. One would no longer have to hire an expensive lawyer to go bench shopping to constitute a medical board to recommend a special diet for one. The famous Sidhu cuisine- Chamomile and Rosemary tea, kiwis, sauteed vegetables, crushed almonds- would now be available on room service. The in-house photographer would be happy to take your photo with a BJP “fringe element” type like Gosavi (that bald headed cluck who gave the game away in the Aryan Khan case) so that you too can impress the NCB and your girl friend at the same time. And when the good times return and all those hate speech anchors are locked up they can hire a conference room to hold their nightly prime time debates and feel at home. (Of course, there would be no one else on the panel, but that’s ok because these guys never did let anyone else speak, in any case). Given the inventiveness of our private sector I have no doubt that soon the basic product would be tweaked to offer all kinds of special packages: for example, a Corporate Package (or discount) for two or more CEOs booking in as a group, a Bail Package for two days and one night for those who intend to stay only till their bail petitions are approved, a Nuptial Package (two nights and one day) for those wanting to be reacquainted with their wives, a Parliamentary package for our legislators, a Frequent Felon package for inmates gracing the jail more than once. Of course all payments will have to be made in cash since the guests could hardly be trusted with any credit- if they could they wouldn’t be here in the first place.

This is not an issue considering that the combined wealth of all these worthies would probably be more than the GDP of all our neighbours, with the exception of China. And in any case the expense would be tax deductible.

Most of this would be by word of mouth and hoardings put up outside prime catchment areas such as Parliament, corporate offices of companies, Stock Exchanges, major studios in Bollywood conveying messages such as TIHAR – THE HOME AWAY FROM HOME or TIHAR-THE KING OF GOOD TIMES or THE PERFECT ESCAPE – TIHAR REGENCY. Being a captive market, pardon the pun again, the expenditure on promotion would be negligible, adding to the viability of the project.

Tihar Regency would be the perfect product- a win-win for all: the consumer, the promoter, the government and even the courts who would be rid finally of all those frivolous applications for parole, health check-ups, attendance at funerals, sitting for exams etc.which so far have not served the cause of justice one iota but have certainly enriched the likes of Mr. Kapil Sibal and Mukesh Rohatgi no end.

In fact my Shimla friend, known for his inventive mind when in close consultation with Mr. Jim Beam, proposes to go a step further: a bed, breakfast and bail package on the lines of the wedding package offered by the more grand hostelries. In the latter the hotel takes care of all wedding arrangements, except finding the bride or bridegroom. My friend proposes a similar but more inclusive package in Tihar Regency- hiring the lawyers, preparing and filing the bail briefs, even bench-shopping for the magnanimously inclined judge. And here’s the clincher- full refund if bail is denied ! With such offers it would be a stupid man who does not commit a crime now and then.

My hotelier friend is preparing a project report for submission to the central government. He still has one problem, though: where does he find a Chief Guest for inaugurating Tihar Regency? Any of the usual suspects generally requisitioned for this role may be wary of stepping into Tihar, since there is no guarantee that he would be allowed to get out after the inauguration ceremony. So, if you think you have an answer please do send a WA message to my, uh, cell-phone.