If there are two qualities our Prime Minister does not lack they are a soaring ambition and the self confidence to believe that he can do anything he sets his mind to. These are, incidentally, the same qualities that Dedalus of Greek mythology possessed in abundance, and which brought him crashing back to earth, but since mythology is not the subject of this blog we shall set this trivia aside for the moment.

Ambition is a funny thing- if it is not rooted in reality or matched by ability it can self destruct very quickly. This is especially true of political ambition; as James Callis said: ” Anyone who has political ambition has an Achilles heel.” Mr. Modi’s ambition is totally political, since by his own confession he has no other attachments. But his ambition is also of a sui generis variety, at least in the Indian context, because it has a pronounced evangelical component, not seen before in our country ( and, hopefully, not to be seen again).

It is a schizophrenic ambition, almost a Jekyll and Hyde affliction, because it comprises of two incompatible and opposing elements. To put it simply, in the terminology of the day, it is the Vishwaguru versus the Hindu Samrat syndrome. On the one hand Mr. Modi desperately wants to be a global statesmen and leader, on the other he wants to be the last of the Hindu Emperors, the ruler who restored Hinduism to the pedestal and hegemony from where it had been dislodged by ” outsiders”. His dilemma is that he cannot be both. 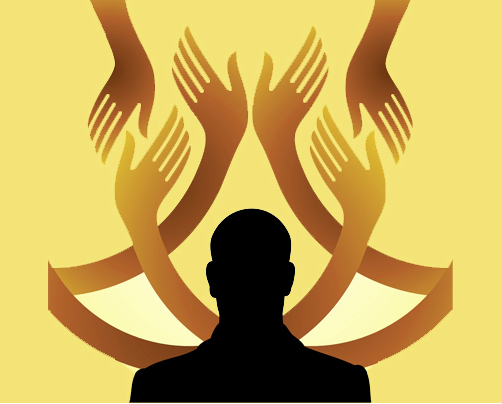 A global leader has to command international respect, abide by the widespread consensus on important matters such as religious freedom, press freedom, human rights, judicial independence, freedom of speech and dissent, liberal secularism, to mention just a few. Unfortunately, on all these parameters India has been progressively sliding down the accepted scale during the BJP’s rule, notwithstanding the acerbic fulminations of our External Affairs Minister.

This deterioration was inevitable, given the divisive and majoritarian policies being pursued under Mr. Modi’s watch, the licence afforded to vigilantes on the streets, and the brutal bias of the police and enforcement agencies. The govt. has lost not only its credibility, but also the shield of deniability, as its failed attempts to distance itself from the recent comments of its spokespersons indicates. The low rankings by international agencies on democracy, religious freedom, inequalities, press freedom etc. are an indication of this, and do not strengthen Mr. Modi’s claim to world leader status.

A true leader also has to have a vision for the well being of his peoples. Unfortunately, our social and welfare indicators- hunger index, poverty and inequity indices, health ( including the Covid fatalities), environmental and pollution rankings, employment etc.- too have been consistently declining under his dispensation. The current economic figures are not too good either, but I do not think they are vital: after all, in the 1950s and 1960s India was literally a basket case but that did not prevent Jawaharlal Nehru from being acknowledged as an international statesman and a global leader in the moral sense of the terms. Today our economy is much better, relatively speaking, but the leadership status still eludes our Prime Minister. Mere geo-political considerations of balance of power, or trading interests of countries, are transactional considerations and do not confer the Vishwaguru status which our Prime Minister is seeking.

In short, genuine international acceptance of leadership stems not from commercial or strategic importance but from a moral core, which has at its center the welfare of ALL peoples and a commitment to genuine democracy, all acknowledged freedoms, compassion for the most vulnerable, affirmative actions to redress imbalances in the economy and society, religious tolerance, and the careful building of systems that ensure these values.

None of the above is possible if one simultaneously seeks to be a religious revivalist, promoting one religion at the cost of others, as Mr. Modi has been assiduously doing for the last eight years to personify himself as a Hindu Samrat. For one, such an ambition leaves too little time and state resources for governance, as we have seen repeatedly. Two, such obsessive and extra-legal ambitions compromise and destroy the institutional structures of democracy over time. Third, a Samrat cannot exist in the modern world of rights, laws, constitutional guarantees without trampling them underfoot as appears to be happening on an enlarging scale in India nowadays. Excesses are inevitable, and a Samrat astride a religious hobby horse is the worst of the lot as history has shown us again and again: bigotry flourishes, majoritarianism reigns, minorities are marginalised- and in the process all systems of civilised governance collapse. This is not the formula for becoming a Vishwaguru.

It has taken the Nupur Sharma episode, and its aftermath, for all these contradictions to blow up in our faces, particularly of those who admire Mr. Modi’s style of governance and lofty ambitions. Countries comprising a population of two billion have denounced his govt’s policies and actions against their religion.. Their governments, driven by economic necessity, may eventually make peace, but their peoples may not. Coming on top of our already deplorable record of human rights and human development indicators, this is a serious impediment to the Prime Minister’s ambition to be accepted as a world leader. The attempt at damage control lacks sincerity and conviction- the bulldozers are out again in Uttar Pradesh, the Delhi police continue to beat up Opposition workers, support for Nupur Sharma and Jindal appears to be growing within the BJP itself. Mr. Modi, inscrutable and unrepentant, continues to do what he does best- maintain a Sphinx like silence. But he needs to consider this: is it possible to become a global paragon when a quarter of the world’s population, comprising some of its richest nations, is ranged against you ?

Maybe he is self- introspecting, maybe he is waiting for the storm to blow over, maybe he is planning his next master stroke. But I hope he realises that he is now at a cross- roads: he can choose to be either a Vishwaguru or a Hindu Samrat- he cannot be both. He can take either the high road or the low one. It is perhaps time for him to choose his destiny, and the destiny of the nation he presides over.

He must choose wisely, and quickly. For if he does not, then we have Oscar Wilde waiting in the wings with his trade mark cynicism: ” Ambition is the last refuge of the failure.”