Mandi: Prime Minister Narendra Modi was apprised about the Landslide Monitoring and Early Warning System developed by the Indian Institute of Technology, Mandi here today. The device reduces landslides by predicting the soil movement in advance and is the only of its kind system in the world.

The Landslide Monitoring System provides soil movement alerts via hooters and blinkers installed on the road remotely via text message. Additionally, the system sends rainfall alerts in advance if more than 5 mm of rain is predicted. Landslides are predicted 10 minutes before they actually occur by monitoring changes in soil movement. The system also predicts extreme weather events with the help of artificial intelligence (AI) and machine learning. 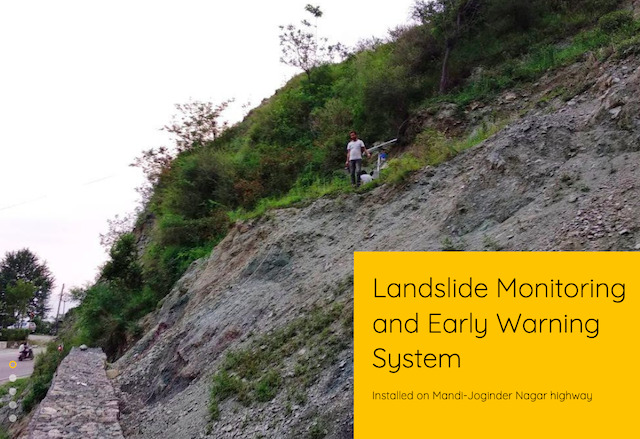 Four patents have been filed on the developed system and it will be made commercially available via a faculty-led startup, Intiot Services Pvt. Ltd., India www.iiots.in)

The prototypical device was first deployed in July-August 2017, at an active landslide area on the Gharpa hill near IIT Mandi’s Kamand campus. The first field deployment was at Kotropi Landslide in 2018 with support from the District Administration at Mandi.

Until now, 18 systems have been deployed in Mandi district apart from three systems in Balianala (Nainital district), Uttrakhand; three at Dharampur along the Kalka – Shimla track of the Indian Railways, and, three systems at Sirmaur district, Himachal Pradesh. Several other deployments are in the pipeline in several districts in HP and Maharashtra. 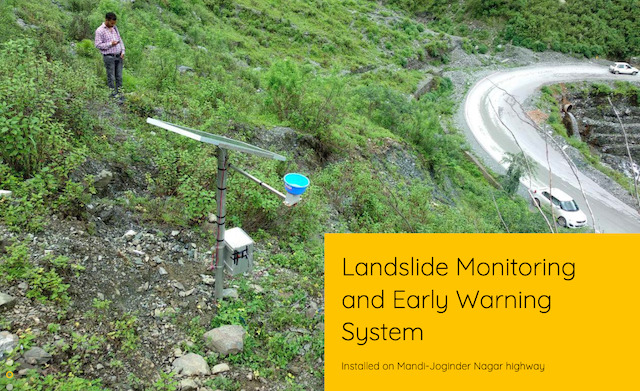 Landslides are the third biggest natural disaster in the world, with India experiencing the biggest bulk of them – 15% of India is prone to landslides. More than 5,000 people are buried alive under landslides costing the economic losses of more than INR 26,000 crores suffered every year globally.