Mandi: Prime Minister Narendra Modi presided over the second groundbreaking ceremony of the Himachal Pradesh Global Investors’ Meet here today. The meet is expected to give a boost to investment in the region through projects worth around Rs 28,000 crore. He also inaugurated and laid the foundation stone of hydropower projects worth over Rs 11,000 crore.

The Prime Minister said that the ‘ease of living’ of the people of the country is one of the foremost priorities and electricity plays a huge role in this. Hydro-power projects launched today reflect India’s commitment to eco-friendly development. “When the Shree Renukaji Dam project on the Giri river is completed, a large area will be directly benefited by it. Whatever income will be generated from this project, a large part of it will also be spent on development here”, the Prime Minister remarked.

The Prime Minister reiterated the changed working style of the new India. He talked about the speed with which India is meeting its environment-related goals. The Prime Minister mentioned that “ In 2016, India had set a target to meet 40 percent of its installed electricity capacity from non-fossil energy sources by 2030. Today every Indian will be proud that India has achieved this goal in November this year itself.”

The Prime Minister continued “the whole world is praising India, for how our country is accelerating development while saving the environment. From solar power to hydropower, from wind power to green hydrogen, the country is working continuously to make full use of every resource of renewable energy”, the Prime Minister informed.

The Prime Minister came back to his theme of the elimination of single-use plastic. He said that the government is alert about the damage caused to the mountains due to plastic. Along with the nationwide campaign against single-use plastic, the government is also working on plastic waste management. Touching upon the need for behavior change, Shri Modi said “tourists also have a huge responsibility in keeping Himachal clean, free of plastic and other waste. Plastic has spread everywhere, plastic going into rivers, we have to make efforts together to stop the damage it is causing to Himachal.” 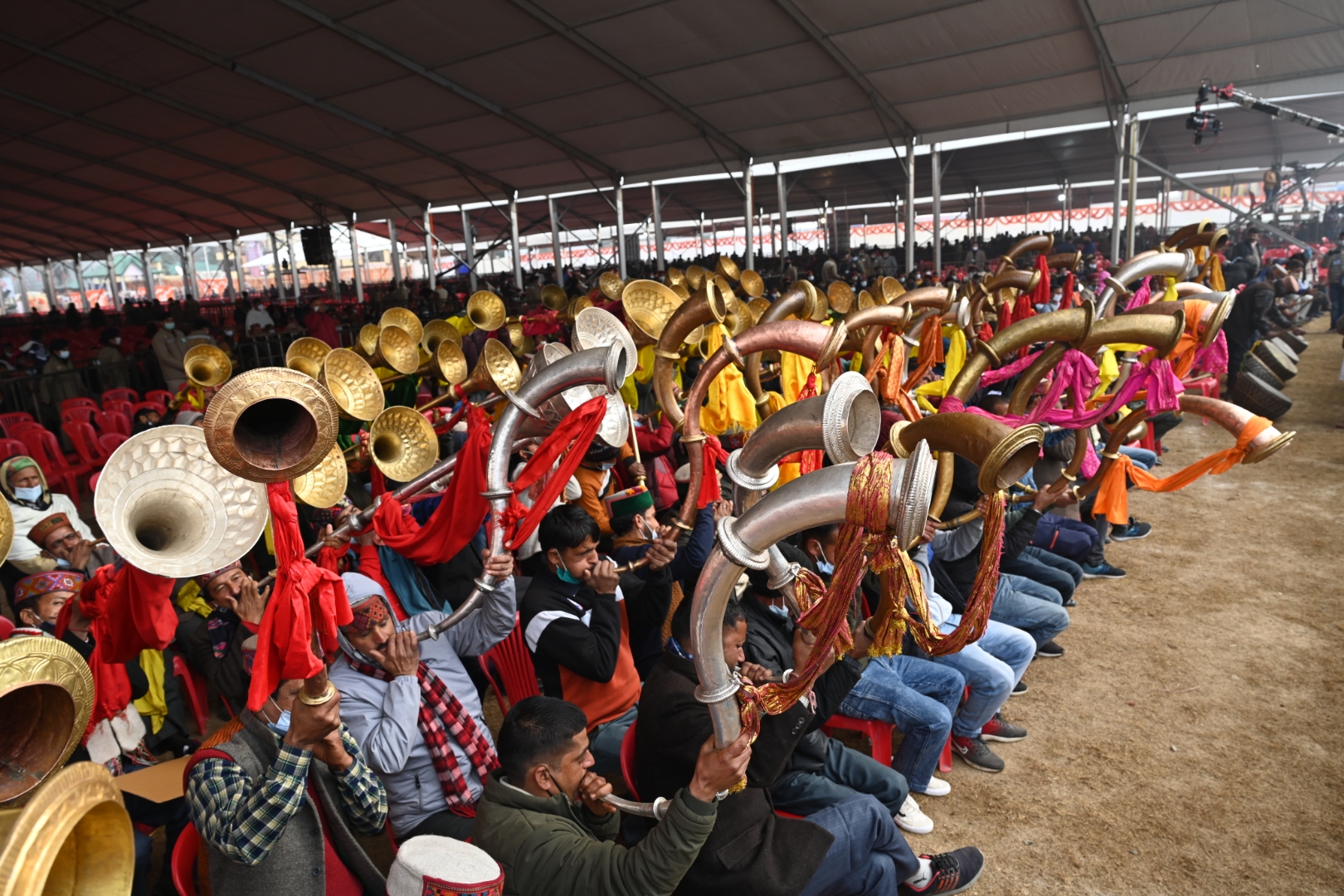 The Prime Minister praised the growth of the pharmaceutical sector in Himachal Pradesh. He said “If India is called the pharmacy of the world today, then Himachal is the force behind it. Himachal Pradesh has helped not only other states but also other countries during the Corona global pandemic.”

Referring to the stellar performance of the state, the Prime Minister said “Himachal outshines the rest in providing the vaccine to its entire adult population. Those who are in the government here, are not immersed in political selfishness, but have devoted their full attention to how every citizen of Himachal gets the vaccine.”

The Prime Minister reiterated the government’s recent decision to change the marriage age of girls. “We have decided that the age of marriage of daughters should also be the same as the age at which sons are allowed to marry. The marriage age being raised to 21 years for daughters will give them full time to study and they will also be able to make their career”, said the Prime Minister.

The Prime Minister talked about the recent announcements about new vaccination categories. He said that the government is working with utmost sensitivity and caution, keeping in mind every need. Now the government has decided that even children between the ages of 15 and 18 will be vaccinated from January 3.

The Prime Minister said our health sector people, frontline workers, have remained the country’s strength in the fight against Corona for the last two years. The work of giving precaution dose to them will also start from January 10. Elders above 60 years who already have serious diseases have also been given the option of precaution dosage on the advice of doctors, the Prime Minister informed. 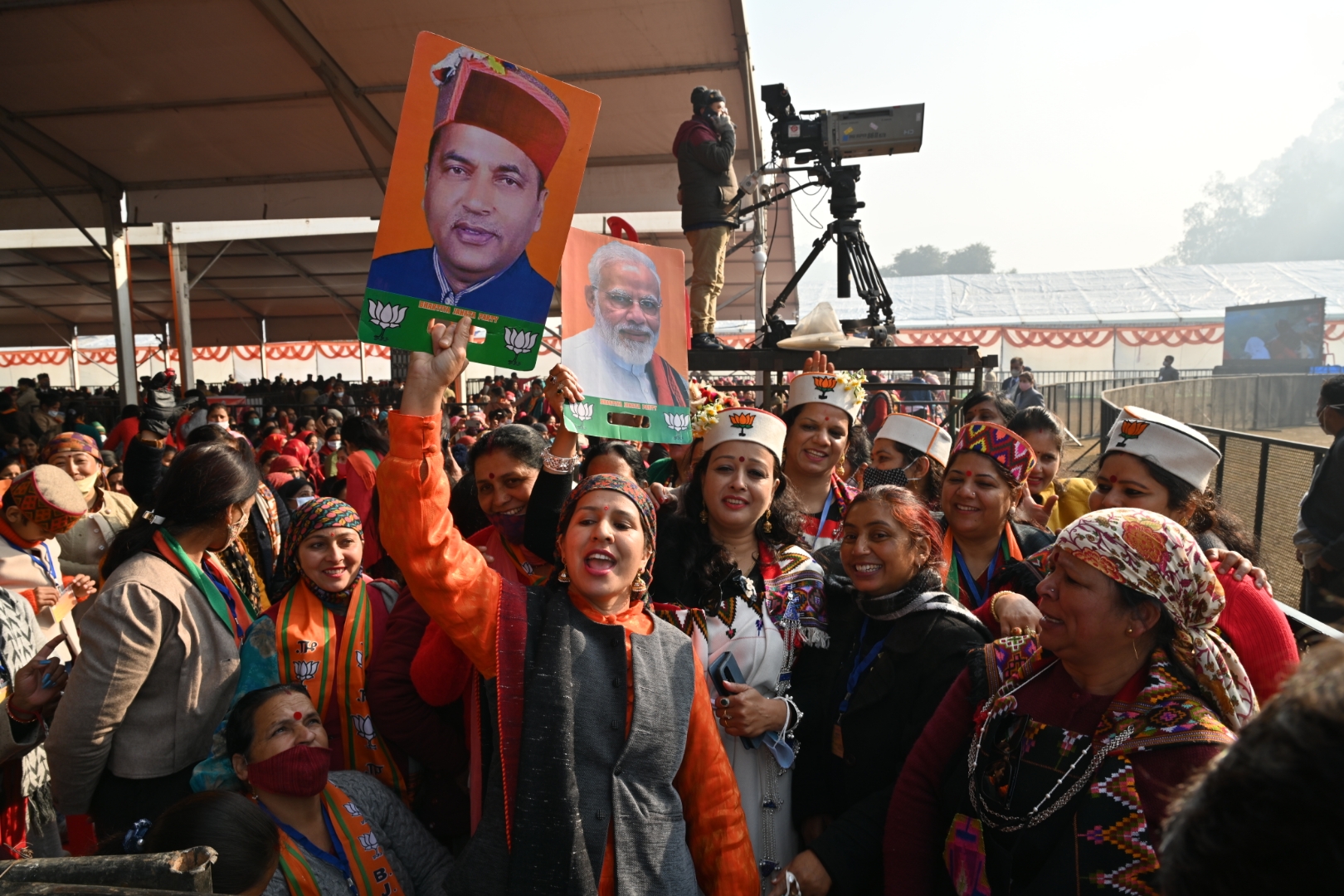 The Prime Minister mentioned that the government is committed to work with the mantra of Sabka Saath, Sabka Vikas, Sabka Vishwas, and Sabka Prayas. “Every country has different ideologies, but today the people of our country are clearly seeing two ideologies. One ideology is of delay and the other of development. Those with the ideology of delay never cared about the people living on the hills”, he said. The Prime Minister said the delaying ideologies made the people of Himachal wait for decades. Because of this, there was a delay of many years in the work of the Atal Tunnel. The Renuka project also got delayed by three decades. He stressed that the commitment of the Government is only for development.

He said the work of the Atal Tunnel was completed and also widened the road connecting Chandigarh to Manali and Shimla.
Himachal is home to a large number of defence personnels. The Prime Minister touched upon the steps taken by the government for the welfare of defence personnel and veterans. “In every household in Himachal Pradesh, there are brave sons and daughters who protect the country. The work done by our government to increase the security of the country in the last seven years, the decisions taken for the soldiers, ex-servicemen, have also benefited people of Himachal immensely”, he concluded.