Quite an enduring relationship we have had the two of us. Being born in Simla and that too to a mother who aced in the art of knitting I couldn’t have escaped it even if I tried. I grew up tucked into bonnets, mitts, sweaters, leggings, and booties all in knits and purls and laced up eyelets and satin ribbons et all. 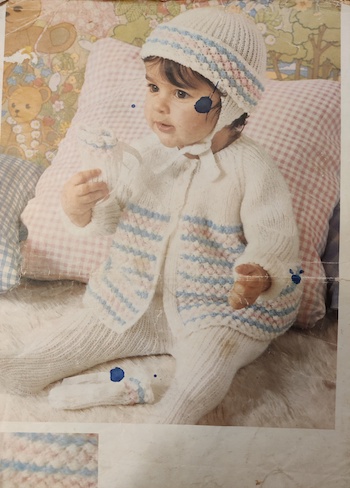 If that was not enough I was further wrapped in an Argyle or a Fair Isle blanket. The pride of my mother was when my dad agreed to have his arm decorated with her art-clad daughter and thus was a proud moment for all of us. I was introduced to the Mall as Mr. Singh’s daughter and Mrs. Singh’s knitting.

Every year two sweaters were made in red for Chalet where I was studying to be followed by grey for Tara Hall. Never was a year when I was not presented in a new sweater on the first day of school.

Then like everyone I too became a teenager and one of my first rebellion was that I rejected the hand-knitted sweater and insisted on the one that was sold in Jankidas and Co and of course the winter socks that went with it too. I dug in my heels but by then the abhorred grey sweater was ready and my humiliation knew no bounds once again.

Soon I was out of school and graduated to college and the fashion statement of those days was chunky knitted sweaters and multicoloured leg warmers. Mom’s happiness knew no bounds and she started churning out one after the other. 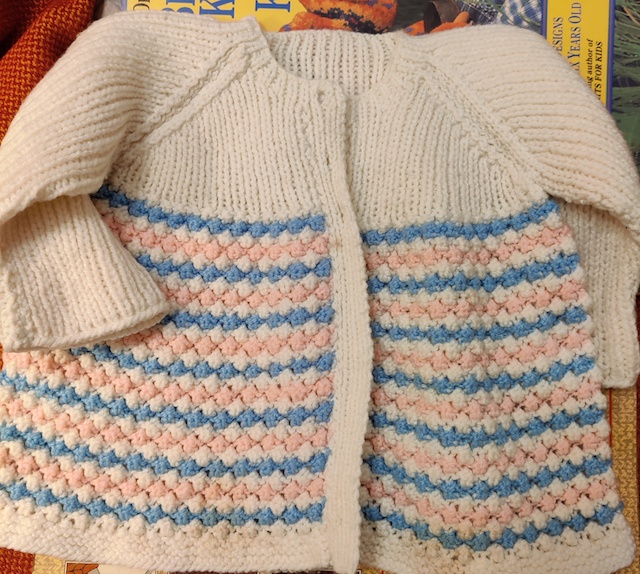 My friends and I soon picked up the needles and started making beautiful cabled sweaters and a sort of competition set in and a mini production centre was created amongst us. Soon a boyfriend arrived and a sweater was knitted in no time with great pride and joy by us an unmatched achievement and to our horror, the relationship soured and the sweater over which we had toiled had to be parted with too. By the time a second sweater was lost the rumour that started going around was that the break was caused by the bad luck that a knitted sweater cast on the relationship and thus the needles fell silent. 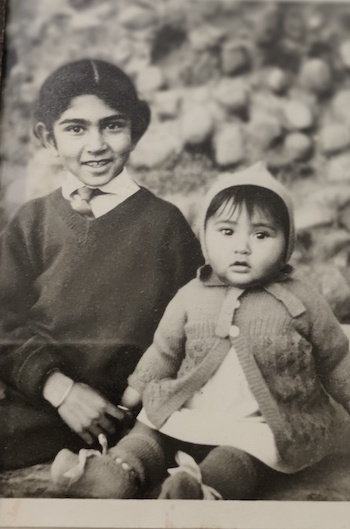 My mother however never heard about it and went on casting the stitches for us our spouses and then our children too.

Recently mom passed away and while going through her treasure of knits and cables and ribs and moss stitch I salvaged most of it and my friends became recipients of a lot of her immaculately cast and grafted pieces of art that will keep them warm and loved by her.

Before I end this anecdote I found a little baby sweater in Simla in August and was quite sure that it was mine and right now as I was looking at a book that I had presented her on designs bought from Dewan Chand Atma Ram in the 80ies a loose old British magazine design tucked slipped out and I know she made me discover it most definitely for this story and must be looking to break the silence and getting busy all over again.

Timmy Grover is a mountain lover and believes that mountains have not only moulded her but they also define her. Fond of walking, reading, listening to music and gazing at nature but the epitome of joy for her is drinking a cup of tea sitting in the mountains and experiencing the seasons go by. Her dream is to retire back to where she was born and retreat into some nook of Himachal Pradesh. She has been a part of the garment industry, runs an online art and artefacts business and prides in being a story teller. She also runs a Book Club for children.