Mandi: A research team from the Indian Institute of Technology Mandi led by Dr. Rajanish Giri, Associate Professor, School of Basic Sciences, IIT Mandi, have discovered an important biomolecular mechanism for the formation of protein clusters/aggregates that are often seen in Alzheimer’s disease. They have shown that signal peptide of the Amyloid Precursor Protein (APP) can co-aggregate with Amyloid beta peptide (A?42). This A?42, known for the pathogenesis of Alzheimer’s disease, is a most common form of dementia that slowly destroys memory and other important mental functions.

While proteins are essential for virtually every process within the cell, their disturbed functions due to aggregation and/or misfolding can result in harmful effects. There are more than 50 diseases that are associated with protein aggregation/misfolding. Alzheimer’s disease, for example, is linked with the deposition of misfolded peptides called amyloid ?42 (A?42) in the spaces between nerve cells. A?42 is a peptide derived from full-length protein Amyloid Precursor Protein (APP). 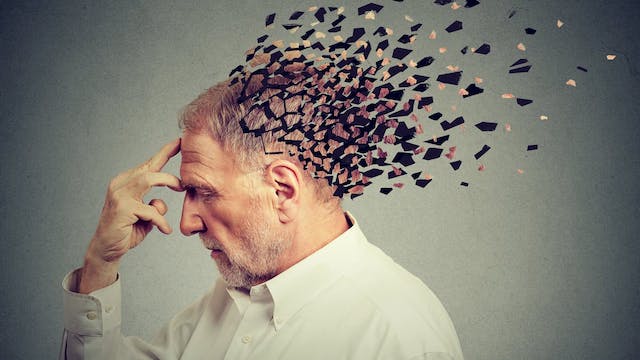 Generally, when proteins get aggregated or misfolded, they deposit around the cells and kill them, leading to the onset of many diseases. Till now, it was unknown whether signal peptide of amyloid precursor protein also have the tendency to form disease-causing aggregates? Can signal peptide co-assemble with the Alzheimer’s disease-related peptide (A?42)? To answer such questions, we performed this work says Dr. Giri.

The findings of the research team have been recently published in the journal ‘Cell Reports Physical Science’. The paper has been co-authored by Dr. Rajanish Giri and his research scholars, Dr. Kundlik Gadhave and Ms. Taniya Bhardwaj, along with Prof. Michele Vendruscolo from the University of Cambridge, UK, and Prof. Vladimir Uversky from the University of South Florida, USA.

Speaking about his recent work, Dr. Rajanish Giri, Associate Professor, School of Basic Sciences, IIT Mandi, said, “In Amyloid precursor protein, so far only A? region was known to form toxic aggregates. Here, we discovered that Signal peptide of Amyloid precursor protein not only forms cell-killing aggregates but also enhances the aggregation of A?42 peptide, under in-vitro conditions.” Signal peptides are short peptide units present at the N-terminus of the proteins, which play a role in protein targeting. They act as a postal address for the proteins inside the cell. Usually, as the protein reaches to its destination, the signal peptides are cut off from the proteins and often degraded by the cellular machinery. Can they affect other cellular processes? It is possible, that they could combine with other peptides to form mis-folded aggregates like A?42 that deposit outside of cells and cause diseases.

The inter-institutional team comprising researchers from IIT Mandi, University of Cambridge, UK, and University of South Florida, USA, studied the aggregation pattern of a signal peptide of the APP. They found that the signal peptide of APP protein after being cut-off, now called APP1–17SP, associates with Alzheimer’s disease-associated peptide A?42 and forms aggregates with higher toxicity.

The research team performed experiments on the APP1–17SP using dye-based assays and found that APP1–17SP can bind to these aggregate-tracking dyes. Further, similar experiments of APP1–17SP with A?42 peptide, led to the formation of characteristic fibrillar aggregates. In fact, the A?42-APP1–17SP mixture displayed higher cytotoxicity compared with A?42 and APP1–17SP separately.

“This study will help in future research that could provide the relation of other signal peptides to disease pathogenesis,” said Dr. Giri on the future implications of this work.