In the 2014 and 2019 elections every dimension of the news and social media was completely dominated by the BJP. The so-called mainstream print and television sector had already been or more or less bought out or intimidated into a hallelujah mode. As for Facebook and its subsidiaries Whatsapp and Instagram, one has only to read the book THE REAL FACE OF FACEBOOK by Paranjoy Guha Thakurta and Cyril Sam to realise how complete the BJP’s control over these mediums had become. This well-researched volume exposes fully the complicity of Facebook in blatantly favouring, and working with, the BJP in furthering its political agenda. There is, of course, nothing new in this: increasingly, Facebook seems to prefer extreme right-wing ideologies across the globe and to consort with its purveyors, who tend to be autocratic or semi-autocratic governments. No wonder Mr. Amit Shah could boast, before the 2019 U.P. elections, that ” we are capable of delivering any message we want to the public, whether sweet or sour, true or fake.” This was no idle boast: the BJP had 3.20 million group members in just UP alone!

Today, nothing has changed for the print and television media. A leading newspaper just dropped Karan Thapar’s weekly column because he dared to point out that the Muslims had also been victims of the partition riots in Jammu. Television will still not show you Rahul Gandhi’s press conferences or discuss the recent hate crimes in MP; they will instead spend hours on Sidhu’s shenanigans in Punjab. But what is changing now is social media. Not Facebook and its instruments, not Twitter whose so-called ” confrontation” with the government is nothing but a vaudeville act which should fool no one. The BJP needs these platforms before the 2022 elections and cannot afford to antagonise them. As the previous IT Minister found out too late. 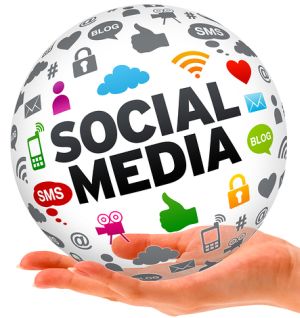 The new, and fresh, faces of news are the channels on YouTube and digital news platforms. They are independent, not beholden to either the government or the corporates for financial support, get their funds directly from subscribers. These platforms are run either by small outfits or individuals who enjoy a lot of credibility among the discerning public, including senior journalists whose integrity was not to the liking of television channels, and academics and intellectuals who believe that keeping quiet is not an option any longer. These channels and platforms are making a commendable effort to redress the balance in Indian journalism. I myself watch just one hour of television news in a day: the 7.30 PM news bulletin of BBC to get the international news, and the 8.00 to 8.30 PM Newshour on NDTV to get the latest Covid figures since Sonia Singh seems to be besotted with them! For actual news and its analysis I turn to YouTube and the digital news portals.

Lest you cock a snook at them, let me tell you that these are not chicken feed: some of them have subscriber bases running into millions. THE WIRE was part of the consortium of 16 global publications which investigated the Pegasus case. The other portals which still have the guts to take on the government are THE CITIZEN, HW NEWS, THE PRINT, and QUINT. Their strength is that they not only present news responsibly, without any bias, but provide their viewers with rational and objective analyses, which is almost totally missing from other media.

The YouTube channels are in a category by themselves, and may their tribe increase! Most of them are in Hindi, which is a good thing because this increases their reach and catchment area. The better ones include Asutosh’s SATYA HINDI, NEWS CLICK, ARTICLE 19, LIVE TV, THE PRINT, TV NEWSANCE. Unlike the jaded and repetitive TV channels they are not dependent on biased wire news feeds like ANI for their information, nor do they have to depend on the same faces ( the G-37) of recycled ” experts” or party spokespersons for their analysis of events. They thus bring a freshness and a 360 degree perspective in their reporting.

Even better are a number of outstanding individuals who regularly post their videos on YouTube to analyse specific events, policy decisions and trends. They go BEHIND the news to make better sense of it and provide a depth of analysis that is missing from mainstream media. It helps that they are all experts in their fields (law, corporate matters, international affairs, defence), or coopt experts whose credentials cannot be questioned. Included in this list are Parakala Prabhakar , Punya Prasun Bajpayi, Faye D’Souza, Sujit Nair, Faizan Mustafa, Ravish Kumar, Akhilesh Bhargava, Abhisar Sharma, Pravin Sawhney and Dhruv Rathee ( who has 5 million subscribers!) Karan Thapar is another YouTuber whose regular THE INTERVIEW routinely attracts a couple of lakh views: it is the nearest we will ever get to a HARD TALK type of show in India.

All these channels and individuals provide an invaluable service to the citizens at a time when all news is either censored or fake, when the BJP’s IT Cell has replaced Reuters and PTI as the biggest dispenser of (fake) news, and it has become impossible to distinguish between paid and genuine news. Granted that they are not camp followers of the ruling party or the government and are generally critical of them, but that too is an essential ingredient of democracy. They are performing yeoman’s service in attempting to set the balance right.

And it’s working. It appears to me that the government has belatedly recognised that its complete dominance of social media is now under threat, notwithstanding that the Electoral Bonds will ensure that Facebook and its subsidiaries will remain in its pockets. That explains the new IT regulations and the desperation to impose controls on overall digital channels and posts. It is heartening that a couple of High Courts have struck down some of the insidious provisions of these rules, and that the Supreme Court has so far refused to interfere with their orders.

It’s time to switch off your TV and turn on YouTube.