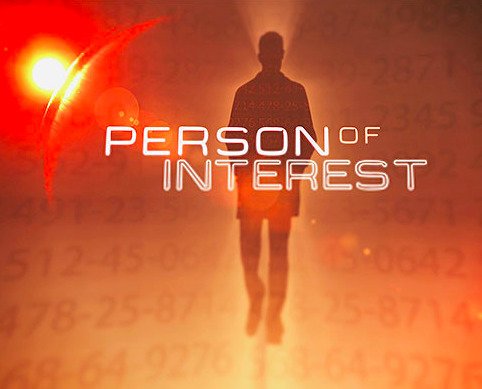 These last two weeks have been pretty confounding and humbling for me, both as a generic Indian and a stand-alone Shukla. It’s bad enough to be treated as an idiot by the government of the day, but it’s worse when you start suspecting that the government may be right after all. I no longer get Wordsworth’s intimations of immortality, what I sense now are Sambit Patra’s intimations of stupidity , thanks to Mr. Modi . His government has conveyed to all of us in no uncertain terms what it thinks of us citizens: that we are a gullible bunch, with an IQ lower even than the current rate of GDP growth, that we can be led by the nose and collared by the scruff of our neck, that we don’t know what is good for us and can eat out of his hands whatever trash he deigns to offer in place of the truth. And so his minions can tell us that nobody died of oxygen shortage in the second Covid wave even though we could see them dying on TV screens, that no illegal snooping has been carried out by Pegasus even as all “persons of interest” named so far are clearly of great interest to him and his Sancho Panza, that the Yogi of Ulta Pradesh excelled himself in controlling the second wave even as the corpses in their thousands lined the Ganges like accusing fingers, that the raids on a certain newspaper had nothing to do with the government even as the entire press community (well, almost entire as the others can no longer claim to be the press) condemned it. It’s pretty humbling to be considered an idiot by your government.

This government thinks we are lobotomised cretins, and it’s probably right, given the percentages that vote for the BJP. But that’s not all: I am further humbled by the knowledge that this powerful government and its judiciary have jurisdiction over me even after I am dead and buried six feet under or wafted into the stratosphere from an electric chimney. Not only can I be denied bail in life, I can also be remanded into custody in death! This is the message in the most bizarre drama being played out in the Mumbai High Court these days. The late lamented Father Stan Swamy passed away a month ago in custody; he was not granted bail while alive, but the Hon’ble judges continue to “hear” his bail plea at great length! One had heard of the long arm of the law, but this is much longer than I suspected; we are familiar with posthumous awards and citations but a posthumous bail? Surely, this can happen only in a country where not only the law but everyone is an Ass! 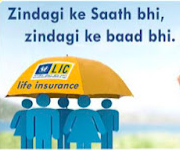 I am reminded of a LIC advertisement which proudly boasted ” Zindagi ke saath bhi, Zindagi ke baad bhi ” (We are with you in life and after death too”). Since this sounds more like a warning by the Delhi police, it didn’t do much for LIC’s turnover and is probably the reason why its now being privatised.

But why blame only the government? My own choices confirm my idiocy (and I’m not referring here to my decision to vote for Mr. Modi in 2014). Till last week I believed I was the cat’s whiskers, having made it to the IAS at the age of 25, retired at a level much higher than my accepted level of incompetence, and now receive a pension cushioned against everything except Mrs Sitharaman’s epiphanies and the recently amended Pension Rules. And then it all came crashing down when I read two newspaper reports.

The first stated that Anushka Sharma’s bodyguard (a hunk called Sonu) receives a salary of Rs. 1.20 crore per annum, simply to ensure that no admirer practiced his Braille on her. The article further stated that Salman Khan’s bodyguard, Sheru, was paid Rs. 2 crore per annum. These guys make in five years more than I’ve earned in a lifetime, even if I include the Diwali gifts. They also get to meet glamorous people all the time whereas I’m still trying to google Sunny Leone’s address, without any success. Though I must admit, in all fairness, that I did pump some iron during my college days in Calcutta so that I could persuade one of those Park Street beauties to share ice cream with me in Trincas. But I had to give it up when my biceps refused to grow beyond 11 inches and my chest fell far short of 56 inches. I had to acknowledge that I was built more on the lines of Mr. Bean than Charles Atlas.

The second piece was a statement by the Income Tax Department to the effect that 256 “Chat-wallahs” operating as vendors on Kanpur’s roads were found to be millionaires! They owned property worth crores, drove luxury cars, lived in plush houses but never paid a paisa in income tax. It is humiliating to admit now that these entrepreneurs, who have probably never heard of the UPSC, are smarter than all the 142 guys in my batch put together, including Jawhar Sircar! Why it galls me to have to admit that maybe Mr. Amit Shah was right when he had stated that selling samosas is also regular employment. Actually, it’s even better, because you don’t pay any taxes on it. Hats off to my favourite Munna Chat Wallah opposite the Reserve Bank on Kanpur’s Mall Road, who has apparently made it to the millionaire’s list without ever joining Rau’s Study Circle.

You get it, don’t you? Pumping iron is better than burning the midnight oil. Selling “aloo tikkis” and “pani puris ” is more profitable than pushing files. I, therefore, leave you with this thought: is the government right, after all, in treating us all as idiots? Be honest, and welcome to the Club. And don’t worry about your political affiliation- idiocy runs across all ideologies. This is a good time in India to be stupid. Remember the words of Issac Asimov: ” When stupidity is considered patriotism, it is unsafe to be intelligent. “