Manali: Picturesque Jana, a remote village of Kullu valley (33 Kms from Manali), near Nagger, is one of the most vibrant tourist spots of the valley. Patience and hard work of the residents slowly increased the footfall of tourists to this scenic place in the vicinity of a soothing waterfall.

Each year thousands of tourists come to Jana village and partake in its trendy eateries. Its popularity is threatening to overtake tourist inflow to Naggar, Manikaran and other places of interest in the area.

Jana owes its popularity to Mani Ram, an enterprising resident.

Over a decade ago, when most villagers were abandoning the Jagatsukh-Naggar valley special red rice cultivation for the more lucrative apple fruit crop, Mani Ram did the reverse. He switched from cultivating apple orchards to growing the valley’s famed red rice.

Today. besides the calming ‘Jana waterfall’ tourists make a beeline and wait their turn for a seat in Mani Ram’s eatery to relish the local cuisine prepared by the master chef himself.

In 2002, when he started out, not more than a few hundred tourists would visit this quiet village, but over the year’s the delicate scent of Kullu cuisine and efforts of this village entrepreneur built a formidable reputation and almost single-handedly established a new destination in the valley.

“At first, 12 years ago, I used to invite my foreigner friends to taste my local Kullu cuisine dishes. By word of mouth, they advertised the place and more and more people started coming, looking for me and my customers have been increasing ever since,” confides Mani Ram. 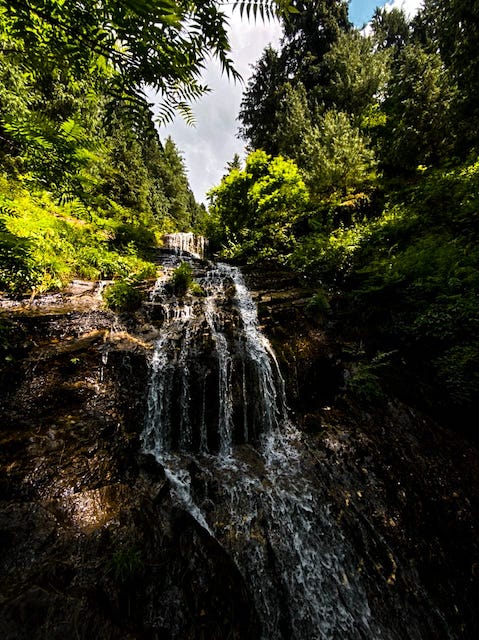 Perched at a commanding height of about 9,000 feet, Mani Ram’s efforts created an opportunity for 50 other village folks to join in and turn the village into a successful rural tourism destination. As the years went by, more eateries came up, photographers dropped in and taxi operators began to market the place as a must-see scenic spot to visitors looking around for a day excursions in the valley.

Mangat Ram, a fellow villager from Jana who has witnessed the change that the village has undergone says, “only some trekkers used to camp here for a night halt, some years ago. It is the effort of Mani Ram. who never gave up but continued to woo tourists to our village”.

A well-spread thali meal can contain up to 11 dishes, which include red rice, makke ki roti, bichhukooti chatni, lingdi ka achar, local pulses and vegetables prepared with local spices.  Mani Ram says that he cooks all dishes in traditional pots to retain the original flavours and the food tastes as it used down the generations. The Jana cuisine, not found elsewhere, is largely responsible for making the village a popular tourist destination.