Mandi: Innovators at the Indian Institute of Technology Mandi have invented a method to simultaneously study the variations in nerve functions and brain blood flow associated with brain disorders such as Ischemic stroke. The invented method helps in locating and classifying damaged sites (lesions) in the brain, brought about, or leading to neurological diseases.

Results of this study led by Dr. Shubhajit Roy Chowdhury, Associate Professor, School of Computing & Electrical Engineering, IIT Mandi, has been published in IEEE Journal of Translational Engineering in Health and Medicine and the team has been recently granted a US patent for the invention. Dr. Roy Chowdhury has collaborated with Dr. Abhijit Das, a neurologist from Institute of Neurosciences, Kolkata, and Dr. Anirban Dutta, an Assistant Professor in Restorative Neurorehabilitation from the Department of Biomedical Engineering, University at Buffalo, USA. 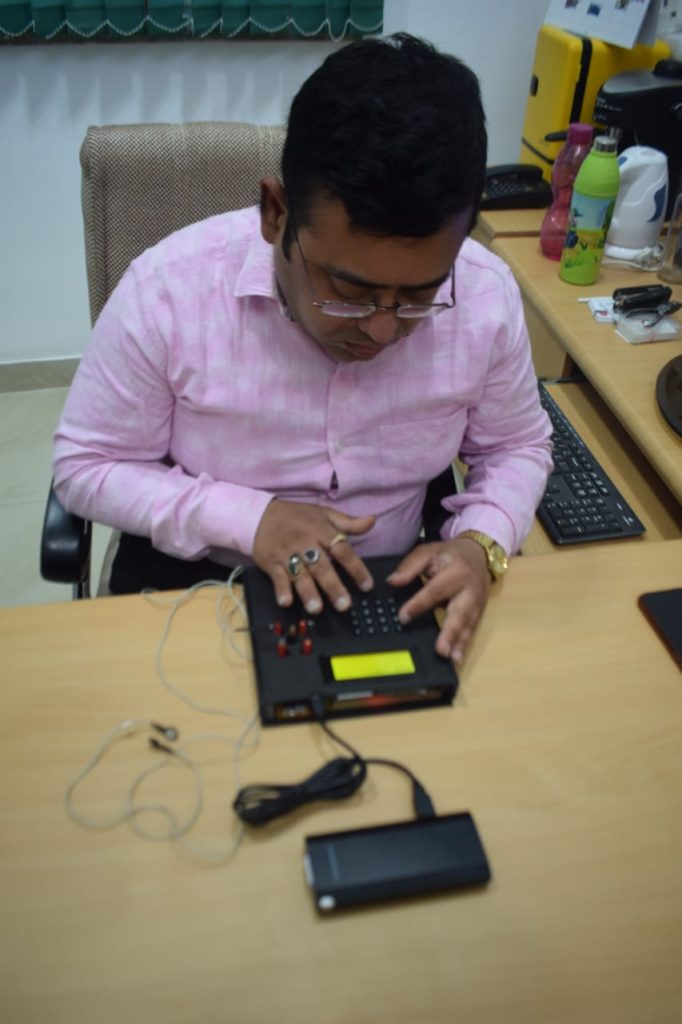 The IIT Mandi team’s invention is based on the fact that intricate interactions between nerve cells (neurons) and blood vessels (vasculature), called the NeuroVascular Coupling (NVC) that regulates blood flow in the brain. Diseases such as Ischemic stroke adversely affect the NVC. NeuroVascular Uncoupling results in such cases, wherein, the nerve impulses do not trigger the required blood flow. Timely detection of NVC is critical for the prevention, diagnosis, and treatment of such diseases.

“Our method uses a multi-modal brain stimulation system to differentially stimulate different components of the neurovascular unit (NVU) and observes the resultant electrical nerve signals by EEG (electroencephalography) and blood flow by near Infrared spectroscopy (NIRS),” explained Dr. Chowdhury. In simpler terms, a benign electrical current is given to the brain through electrodes, and the responses of the brain in terms of nerve action and blood flow are simultaneously measured by Electroencephalography (EEG) and Near-infrared Spectroscopy (NIRS). While EEG and NIRS are already used independently, the prototype developed by IIT Mandi innovators combines them into a single point-of-care unit to get a more accurate picture of the NVC. The data thus obtained are fed into mathematical models to detect problems in NVC, which can point to neurological diseases. In addition to detecting these abnormalities, this method can pinpoint the location at which the uncoupling exists, thereby providing a better handle on the problem area.

Surveys have shown that nearly 30 million people in India suffer from neurological disorders including epilepsy, stroke, Parkinson’s disease, traumatic brain injuries, and neuroinfections. Neurosurgeons and hospitals in India have indeed made significant advancements in neurosurgical diagnosis and treatment. The invention by the IIT Mandi team takes diagnosis of neurological problems one step further and will help in better detection and treatment of these diseases.