In my last post (The Farmer’s Protest Does Not Require A Judicial Intervention, Jan. 9, 2021), while hoping that the Supreme Court would keep its hands off the farmers’ protest, I had concluded by saying: ” For what is on the line this time is not only the Supreme Court’s credibility but also its dignity.” As things have turned out, however, I should also have added “and its authority.”

It has taken just three days for the worst apprehensions and suspicions of the farmers to be confirmed, viz, that running out of options the government would toss the ball into the SC’s lap: the public statement of the Agriculture Minister on the 8th Jan. that ” the farmers could go to the Supreme Court “, was a dead give away that this is what the govt. was planning. But one did not expect the Court to pick up the ball so willingly and, worse, kick it out of play.

For the simple fact is that its order of the 12th January has made a bad situation worse. Most jurists are aghast at the staying of a law without finding even a prima- facie legal reason to do so; the hasty appointment of a Committee of govt. apologists as arbitrators, inevitably raising the question: who provided the names?; giving credence to the Attorney General’s outrageous charge that Khalistanis had infiltrated the protests by asking him to furnish an affidavit; suggesting that women protestors have no place in the protests, and thereby putting on full display its ignorance of farming in which 70% of the labour is done by women. 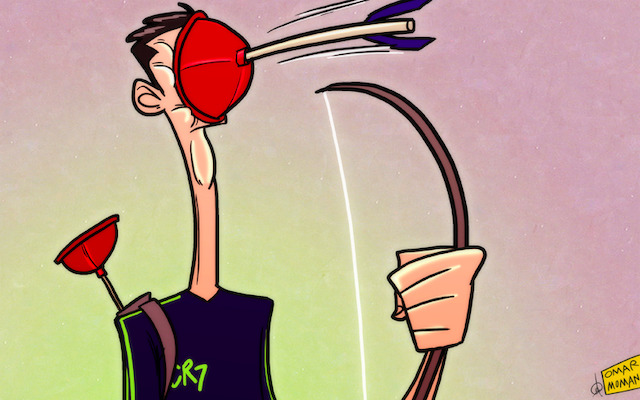 To continue with the football analogy- why was the Court so desperate to come off the bench and jump into the field? Neither the govt. nor the farmers had petitioned it, the protests did not raise any legal questions which needed to be adjudicated upon, the farmers had repeatedly made it clear that they did not want any arbitration by the Court and that they only wished to interact with the govt. which they had elected. They had rejected any more Committees. The Court should instead have gone on with the business of deciding on the other, legal petitions which had challenged the vires of the laws. As Mr. Pratap Bhanu Mehta has pointed out in an article in the Indian Express, this tussle is a political process between the govt. and the people in which the judiciary has no legitimate role. By intruding into it the Supreme Court is ” seeking to break the momentum of a social movement.”

The only answer to these baffling questions is: by this legal legerdemain the Court has tried, unknowingly perhaps, to bail the government out of a sticky situation and inflicted a self-goal that has plunged it into needless controversy. None of its decisions make any sense or instill confidence in its sagacity. The staying of the three laws are only meant to tar the continuance of the protests as no longer justified: it is a hollow gesture that only flatters to deceive. The four-member committee, all public supporters of the laws, is a non-starter for, as Mr. Mehta comments wryly, their appointment violates the first rule of mediation- ” the mediators must be acceptable to all parties and appointed in consultation with them.” The Court might just as well have appointed Arnab Goswami, Sambit Patra, and Kangana Ranaut (as one Twitter wise guy has pointed out) for all the credibility it will inspire in its report.

Bringing the Intelligence Bureau into play as the twelfth man is again intended to tar the farmers with an “anti-national” taint. The IB is to the govt. of the day what a bespoke tailor is to a gentleman- it will cut the cloth whichever way you want it. In an interesting video aired on Newsclick! on the 13th evening Abhisar Sharma has detailed instances when the IB has sought to pressurise people, including judges, by unsubstantiated reports, and an instance when the Supreme Court itself rejected its reports as untrustworthy. One can’t but ask the troubling question: is the IB input just a prelude to banning the protests and the subsequent use of sovereign violence?

The purpose of this unwise legal exercise appears to be twofold: tarnish the reputation of the farmers, turn public opinion against them by making them out to be unreasonable and obstinate, and force them to call off their protests. But the farmers are no fools- they have seen this farce for what it is and have walked off the field: they have refused to engage with either the Court or its committee, perhaps they may refuse to engage with the Agriculture Minister next. Worse, the Supreme Court’s authority will be severely dented because there is no way the protestors will comply with the Court’s dubious order: they have already said so. So will the Court initiate contempt against 200,000 men, women, and children, give or take a few thousand?

In an effort to bail out an insensitive and despotic executive the Supreme Court has only confounded the issue and made any possible solution impossible; in the words of the Chief Justice (which may haunt him in the days to come), it is now part of the problem, not the solution. Had it kept its hands off the protests the government might have climbed down a rung or two, considering the massive support the protests are gaining; now, however, it will hunker down behind the facade of the Committee and refuse to negotiate. The farmers will have no option but to continue their agitation, confronted by an intransigent govt. and feeling betrayed by the Court.

The Hon’ble judges had an opportunity to quench the flames but they have instead fanned them. Instead of a stillborn mockery of a committee, it should have advised- not ordered- the govt. to take the laws back to Parliament for the examination and discussions which never took place before they were rammed through. The Court itself should have posted the constitutional challenges to the laws for urgent hearing. Now, unfortunately, that will not take place for at least two months- the time given to the committee to submit its recommendations. The real issue has once again been side-tracked. The only gainer in this grotesque process is the govt.

The Supreme Court has now become irrelevant to the course of unfolding events in this people’s struggle but doesn’t know it. And it has no one else to blame but itself.

I recollect a scene in a movie about ancient Rome, which I saw many decades ago. Mark Antony was being sent to Egypt by Caesar to enforce the laws of Rome there. Witnessing the soldiers marching off, Caesar had one final advice for his young general: “Take good care of your armies, Mark Antony, for they make your laws legal.”

Have we also come to that?