So narrowly focused are we on the pandemic that two environmental milestones have gone unnoticed. One, the 50th Earth Day has come and gone on the 22nd of April, 2020: did any one even notice amidst the collective delirium of beating pots and pans and lighting diyas? Two, on January 23, 2020, the Doomsday Clock in Washington DC (which calculates the time remaining for the seventh global extinction) was moved to 100 seconds to midnight (the zero hour). So imperiled is the future of our planet, and so rapid the environmental destruction, that scientists have removed the minute hand and the countdown now is in seconds. Not only are the sands of time running out, they are running out faster than we had anticipated.

COVID 19 may be an indication that the after- burners of Armageddon have been ignited. Notwithstanding Whatsapp conspiracy theories, there is a near unanimous global consensus among scientists (Mr. Gadkari does not count as one) that this is a zoonotic disease, i.e. that it has been transmitted from animals to humans, like Ebola, SARS, MERS, NIPAH etc. Equally, there is now an emerging consensus that zoonosis is becoming more rampant because of the ruthless and widespread destruction of natural habitats. The National Geographic in a 2019 report establishes a definite link between COVID and planetary depredation: “Rampant deforestation, uncontrolled expansion of agriculture, mining and infrastructure development, and exploitation of wild species have created perfect conditions for spillover of diseases from wildlife to humans…. There is an inextricable link between human health and the health of the planet, its ecosystems and its non-human living creatures.” How strong can this link be when we extinguish about 2000 species every year, and have driven almost one million species to the point of near extinction? 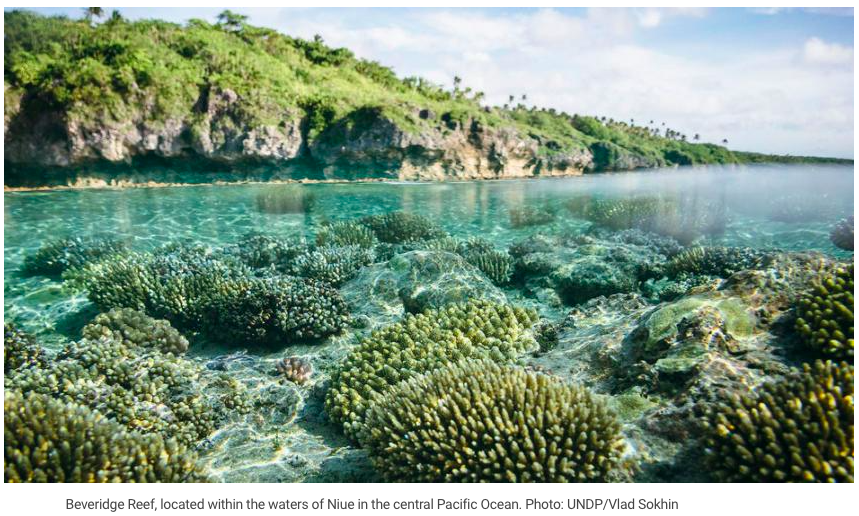 The resurgence of nature during these last few months only underscores the point that the natural environment should be given a chance to recoup, to repair itself; that there must be social distancing between natural habitats and human activities too; that forests, rivers, wetlands, mangroves, mountains must be left undisturbed so that the wild life in them do not come into conflict with humans, so that the estimated 1.97 million viruses still undetected in the wild do not further spill into human spaces. Most countries are beginning to absorb this scientifically undeniable truth, but not India.

Our current stock of myopic leaders, focused exclusively on a five trillion dollar economy and winning in 2024, are taking the country down the path to destruction. Even before the pandemic India was the fourth worst performing country in the Environmental Performance Index, at 177 out of 180 countries. But instead of using this man made calamity to review its environmental approval policies it has seized the opportunity to further devastate our remaining natural habitats and to give a free hand to industry to plunder them for maximising profits.

The long lock down has been a blessing for the Ministry of Environment and Forests which has become unarguably the biggest threat to our natural environment today. This was a period to have suspended all environmental approvals because the prescribed process- site visits, detailed ground surveys, public hearings, consultation with experts and stakeholders- cannot be possible in a locked down environment. But, in a perversity not expected of a responsible government, this is exactly when the MOEF and its subsidiary NBWL (National Board for Wildlife) have decided to fast track approvals through video conferencing. Cases which took days to examine and deliberate upon are now disposed off in ten minutes, invariably in favour of the project proponents.

At just one meeting on the 7th of April 2020- in the middle of the lockdown- the NBWL Standing Committee cleared 31 proposals in just a few hours; these include 15 projects that hugely affect Tiger reserves, elephant reserves and other Protected Areas. With lightening speed the MOEF too accorded its approval within a week on 15th April, probably to forestall any legal challenges. None of these projects were subjected to the rigours of a proper environmental approval process.

Among the projects approved just during the lock down are the following major ones:

It is evident from this doomsday list that the state governments are just as culpable and uncaring as the union government. And they will no doubt welcome also the MOEF’s latest assault on the few remaining environmental regulations: the proposed amendments to the Environment Protection Act. Notified on 12.3. 2020, these draft amendments will rip the heart out of this legislation. It proposes, inter-alia:

Anyone can see that these are among the most toxic and environmentally damaging types of industries, but they are proposed to be given a free run.

Scientists, environmentalists, wild life researchers, enlightened citizens have all protested against this surreptitious move to smuggle through a retrograde piece of legislation at a time when various restrictions make it impossible for people to travel, meet, consult or debate and have asked the MOEF to defer the exercise till normalcy returns. The government, however, is not listening and is determined to drive in this final nail in our ecological coffin. Ironically, this is happening precisely when 30 major countries recently met at the 11th edition of the Petersburg Climate Dialogue on April 27th-28th, to discuss how to move to a greener trajectory of development in the post pandemic era. The issue is no longer about “maintaining a balance” between nature and development, it is now about “correcting and restoring” the balance in favour of the former. But we of course were in a state of mental lock down.

There is by now more than enough incontrovertible evidence to tie together habitat destruction, climate change, zoonotic diseases and the current pandemic. It was to find a way out of this vicious cycle that the Petersburg conference was held. But these concerns are just not on the govt’s list of priorities: they can be damned as long as the GDP keeps rising and elections can be won by demagoguery. In just the last one month we have had one heat wave, two cyclones and one locust swarm, all linked to climate change: one wonders what more the government needs to wake up from its slumber.

This govt’s respect for the environment is limited to solar alliances, grand rhetoric, posturing on international fora and winning dubious prizes. This pandemic should have been an opportunity to move towards a “green development” model but this govt. is using it, and the untramelled power it has provided, to further push back the boundaries of natural habitats, endanger hundreds of species, create more human-animal conflict, and prepare the ground for the next pandemic. The ultimate Made In India virus.