Despite a century’s progress in science, 2020 is looking a lot like 1918. With World War- I still raging, countries involved in the conflict did not report on the disease to keep morale up and avoid providing the enemy with an edge. But Spain, which remained neutral in the conflict, was free to flag it up, which is why the 20th-century pandemic, which killed more than 50 million people worldwide, was nicknamed the “Spanish flu” even though its origin was not in Spain.

In the years between two lethal pandemics, one the Spanish flu, the other COVID-19, the world learned about viruses, cured various diseases, made effective vaccines, developed instant communications and created complicated public-health networks.

As in 1918, people are again hearing hollow assurances at odds with the reality of hospitals and morgues filling up and bank accounts draining. The ancient common sense of quarantining is back. So is quackery: Rub raw onions on your chest, they said in 1918.

In 1918, no one had a vaccine, treatment or cure for Spanish flu pandemic as it ravaged the world and killed more than 50 million people. 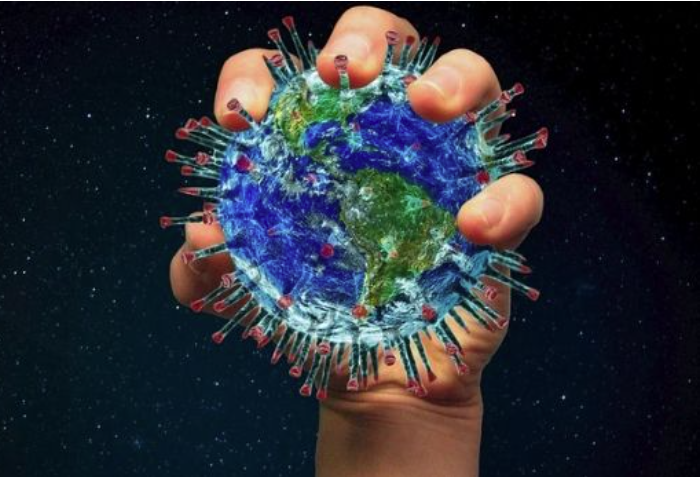 Modern science quickly identified today’s new coronavirus, mapped its genetic code and developed a diagnostic test, tapping knowledge no one had in 1918.

Like COVID-19, the 1918 pandemic came from a respiratory virus that jumped from animals to people, was transmitted the same way, and had similar pathology

Social distancing, hand-washing and masks were leading control measures then and now.

Medical advice from then also resonates today: If you get it, stay at home, rest in bed, keep warm, drink hot drinks and stay quiet until the symptoms are past.

Then continue to be careful, for the greatest danger is from pneumonia or some kindred disease after the influenza is gone.

But there were also marked differences between the viruses of 1918 and 2020.

The Spanish flu was particularly dangerous to healthy people aged 20 to 40, the prime generation of military service, unconventionally enough because of their vibrant immune systems.

When such people got infected, their antibodies went after the virus like soldiers spilling from the trenches of Europe’s killing fields.

The immune system was throwing every weapon it had at the virus.

The battlefield was the lung. The lung was being destroyed in that battle.

Young soldiers and sailors massed at military camps in the US, sailed for Europe on ships stuffed to the gunwales with humanity, fought side by side in the trenches and came home in victory to adoring crowds.

The toll was enormous, on them and the people they infected.

The Spanish flu could just as easily have been called the US Army or US Navy flu instead or the German or British flu, for that matter.

Among those who contracted it and recovered were the wartime leaders of Britain and Germany as well as of the United States, British and Spanish kings and the future US president, Franklin Roosevelt, when he was assistant Navy secretary.

But the toll was heavier on average people and the poor, swarming in tenements, street cars and sweaty factories.

They could not all live by the words of the 1918 .Keep out of crowds and stuffy places as much as possible. The value of fresh air through open windows cannot be overemphasized. Make every possible effort to breathe as much pure air as possible.

An estimated 675,000 Americans died in the pandemic, which is thought to have infected one-third of the global population.