Mismanagement has been the hall mark of this government ever since it came to power. Mr Modi has proved time & again that he has this incorrigible habit of taking a decision without adequate planning.

Whether it was the infamous demonetization or the introduction of GST, the consequences of both made it amply clear that not enough thought was applied before rushing major economic reforms with the result that the desired targets could not be achieved. On the contrary, people were exposed to extreme hardship adversely affecting economic progress.

The government seemed totally oblivious to criticism on both accounts and they just seemed to brazen it out in the wake of widespread condemnation. The second time around, we saw the government rushing through legislations, as though there was no tomorrow.

The abolition of Article 370 and demolishing the federal structure of the nation by declaring J& K to be a union territory are two examples which stand out.

It’s not clear whether the government has achieved the desired results in this politically sensitive state by incarcerating the political leaders and stifling political debate.

Instead, this government seems to have completely alienated the people of J&K by taking away the rights assured to them during annexation to Kashmir to the Indian state. 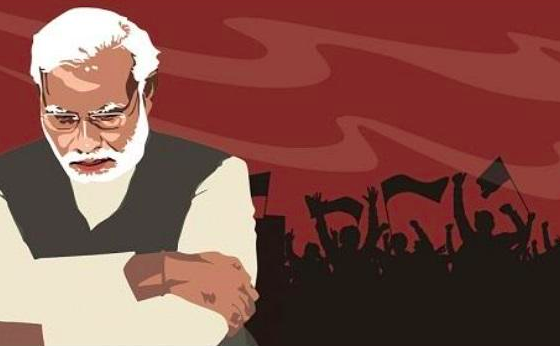 Looking closer, the manner in which the lockdown was imposed to check the spread of Covid19 in a tearing hurry made it impossible for people to gather themselves to make it to their homes.

The poignant case of the migrant work force going through veritable hell to last out the lockdown accompanied by the horrendous tales of their back breaking migration to their home states is a black spot in our history.

The think tank of this government, if there is any, has not applied it’s mind adequately to the adverse consequences resulting from this lockdown.

What we see at the end of this extended lockdown is an economy in tatters and unemployment mayhem. It seems that preventing Corona spread became the overriding factor at the cost of everything else.

When the authorities woke up to the absolute drying up of tax revenue, they immediately took refuge in opening up liquor retail to which the tipplers responded by giving a ‘ bottoms up’ cheer. The industry got the go ahead to commence operations but found itself floundering in the absence of a work force and dried up liquidity.

To salvage the situation somewhat, the Finance ministry announced a slew of measures as a part of a Stimulus package but even this was a half hearted attempt to kick start the businesses.

At best it was a ‘loan mela’, cleverly packaged as a stimulus for reviving the economy. From all accounts, this offering was not enthusiastically received by the industry at large for it leaves the entrepreneurs at the mercy of the banks to fund their shortfall.

Here again there would inevitably be a gap between the funds desired by the business and the perception of the bankers even as additional loans would only be adding to their liability thereby making them more vulnerable to defaults.

As we run a check through the actions of this government, we are left in no doubt, that they have proven incapable to rise to occasion when it was needed most.

Beyond petty politicking and compromising the independence of various institutions, the BJP government has only engaged in terrorising the minorities and aggressively rooting for it’s right wing Hindutva & nationalist agenda.

This government has championed the slogan of Nike “Just Do it!” almost literally. However even as Mr Modi has been acting in haste, he’s not repenting at leisure. Not yet.